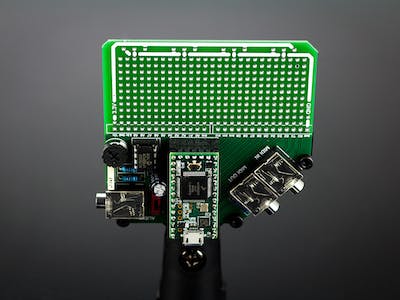 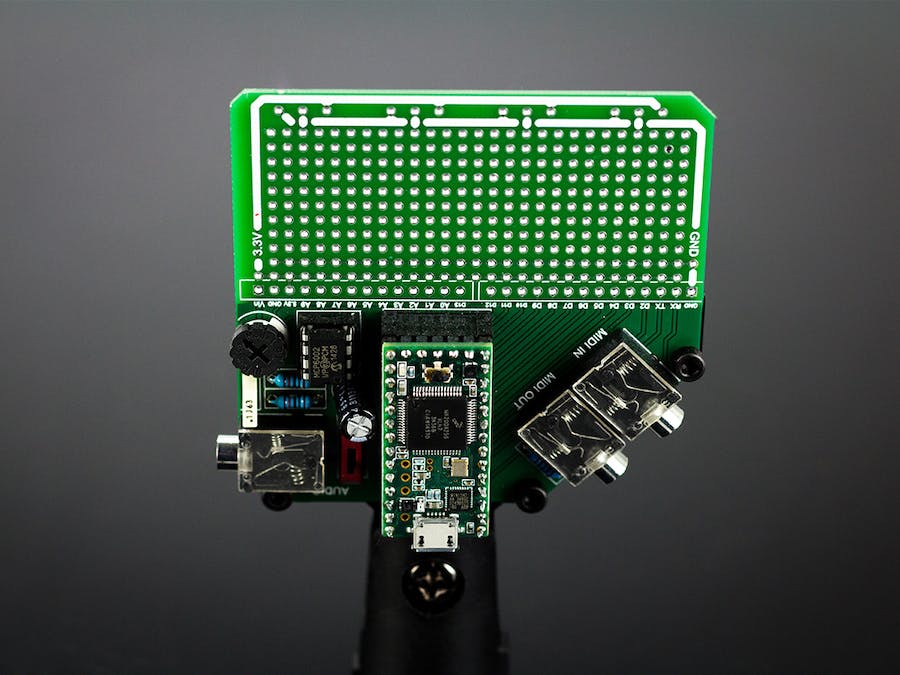 The Automatic Orchestra is an audio installation exploring algorithmic composition and networked music. A common set of rules distributed among a network of MIDI devices opens up a melodic space orchestrated by automatic logic and the artist's vision. The perpetual interaction among the devices and the interpretation of encoded musical messages blurs the distinctiveness between structured composition and performative improvisation.

Overall, the setup consists of 12 pods. One pod consists of a microcontroller mounted on a custom PCB board which is attached to a set of speakers. All pods are wired together to form a circular network transmitting musical data. Therefore the data travels through each unit before it is passed on to its neighbor. The synthesis of the audio parameters depends on the application running on each pod. A shared framework provides a synchronized basis for the exchange of encoded musical messages but each pod will interpret and alter the data based on its individual algorithmic rule set.

Derived from the CFO BODYSEQ board the compact PROTOSEQ units represent the foundation of the installation. The PROTOSEQ is build around a Teensy 3.1 board providing three jack connectors. Two of the jacks facilitate the MIDI communication via a MIDI IN and a MIDI OUT port. Each MIDI OUT port is connected to the MIDI IN port of its neighbor and so on until all boards are connected. The remaining jack is connected to the speaker to amplify the generated sounds.

The framework used in the installation is a modified version of the CHEAP, FAT and OPEN (CFO) library which consists of two components: one for audio synthesis and the other is a customized implementation of the MIDI protocol. For the Automatic Orchestra the MIDI protocol was extended by several messages that reflect the network setup of the installation. Prior to the realisation of the framework several software prototypes to simulate the pod's network logic and behavior were developed in Processing and Java.

The project was a collaborative effort between students of the University of the Arts, Bremen and Copenhagen Institute of Interaction Design headed by Dennis P. Paul and Jakob Bak. Participating students were:

with this code (and your own build BODYSEQ or just a teensy) you can run a musical synthesizer in no time
https://github.com/jsr606/CFO/tree/master/CFO_BODYSEQ/Arduino

In this repository you can find everything you need to build your own Teensy-powered CFO synthesizer! Including code and eagle files.
https://github.com/jsr606/CFO

Wanted to over-engineer a more efficient way to be lazy. Thus, I made a machine that folds my shirts (mostly) at the push of a button!

Keep outdoor plants growing when it gets hot and dry without wasting water or your time.

This device detects the presence of your hand and automatically release a specific amount of Hand-wash / Sanitizer to your hand.

Project in progress by Rebeldose