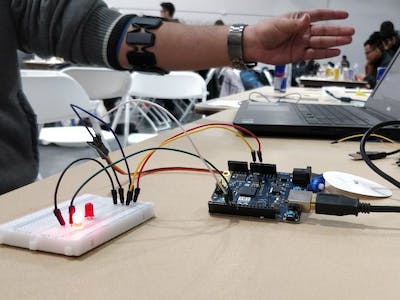 Gest-chair is a smart gesture controlled device developed to help wheelchair-bound people by automating the wheelchair.

Project showcase by Next Tech Lab 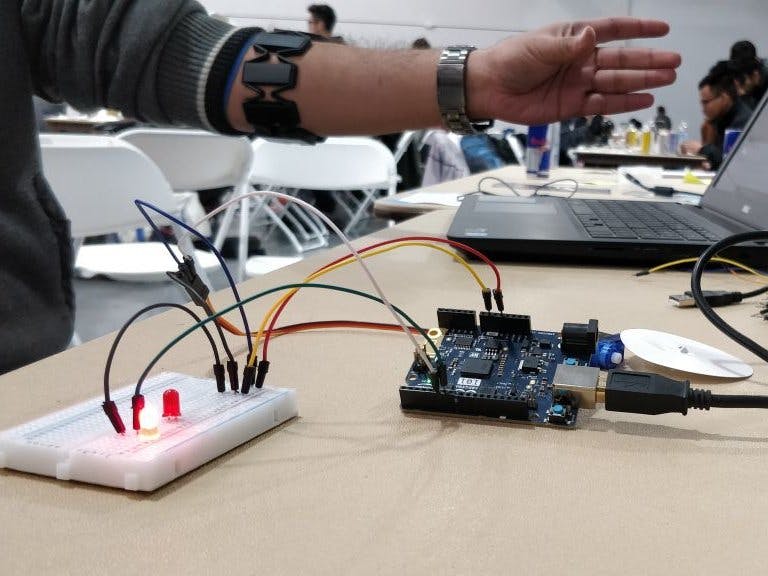 Gest-chair is a smart gesture controlled device developed to help wheelchair-bound people by automating the wheelchair.

Gest-chair is a smart gesture controlled device developed to help physically challenged people - wheelchair bound. Using a Myo armband, the Arduino takes an input from the user to drive the motors. It also has an emergency feature "SoS."

Myo band informs the application about the orientation of the hand. It maps data into two type of spatial data i.e. orientation, application vector. Using this orientation we generate different string tokens for different gestures to control the wheelchair.

In this demo, we are using one step motor to replicate the wheelchair and led for the SoS feature.

Our team had gone to participate in the SF Hacks 2018. There we saw different hardware components to play with and Myo armband was one of it. Since none of us had used it before we decided to try it out make a cool hack with it. After figuring out how the device worked, we thought it would be great if we could help the physically challenged people in anyway and that's how we came up with this idea.

It takes an input from the Myo band and using serial communication with Arduino it helps to control the things using it.

Link to the codes for gest-chair. Here we've also linked the code with which you can configure the myoband for your own project and create a new hack with it.
https://github.com/anithp/Gest-Chair

Download
Connect the circuit as shown in the schematic and connect the myo armband to the computer. Then run the code and you'll be good to go. 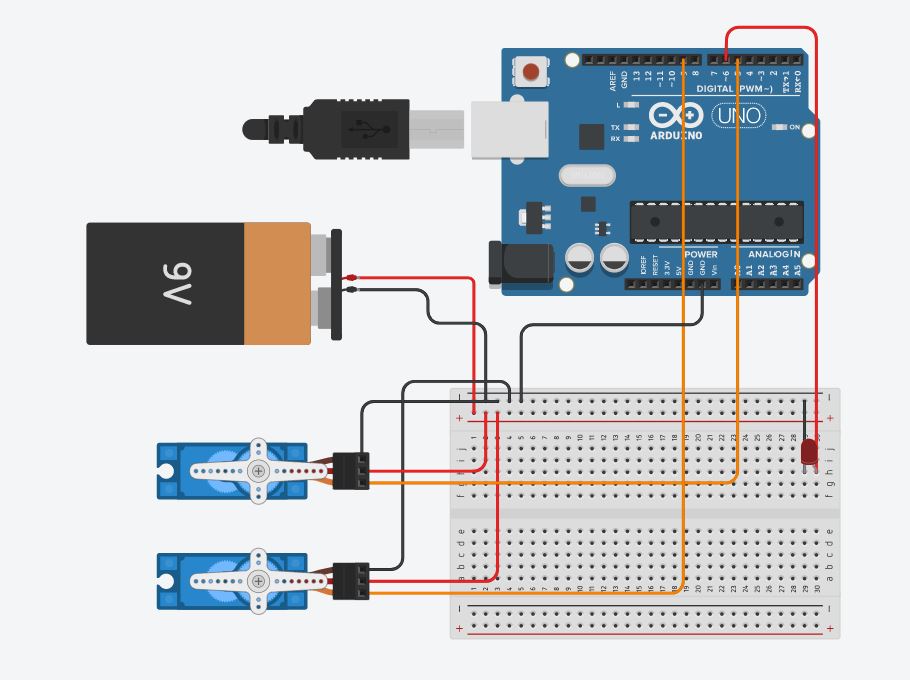 To relieve mentally handicapped students' effort and time spent in training walking, Walk Helper with Curie Board will help them.

This project is about control of temperature in values of 23 and 25 grades and control for hysteresis using DHT22 and Arduino 101.