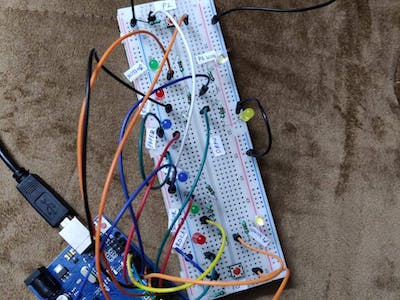 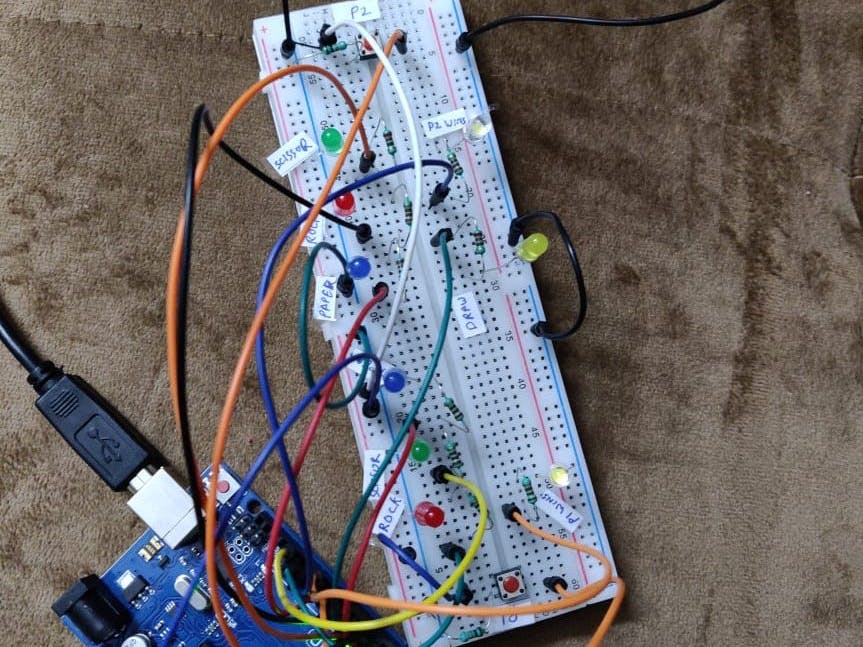 Welcome to the electronic version of our traditional rock paper scissor game. It is a two player game. The rules of the game are simple and are known to everyone. Lets take a quick recall to the game rules. Paper can wrap rock, rock can crush scissor and scissor can cut paper. So, if paper for player 1 comes and rock for the other player then player 1 wins. Similarly if rock or scissor for player 1 comes and scissor or paper for the other player comes respectively then player 1 wins. Vice versa for the winning conditions of player 2. Draw condition also exist if paper or rock or scissor come out for both the players.

It is a arduino based project. It is implemented using bread board. Coding for this game is done using embedded C on arduino IDE. There are two push buttons representing player 1 (P1) and player 2 (P2). Rock is represented by red LED, paper by blue LED and scissor by green LED for both the players. Result is displayed using dedicated LEDs for displaying results. Two white LEDs are used to represent the win of player 1 and player 2 depending upon the rules of the game. One yellow LED is used to show the draw state.

All the components are arranged over bread board and the game is tested after burning the code over arduino using arduino IDE. Lets play this game!

TinyGo on Arduino Uno: An Introduction