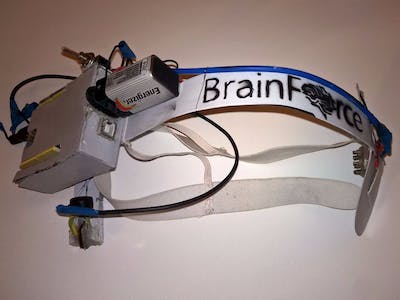 A wireless headset which allows you to control devices through cerebral waves. It works with two sensors and a Bluetooth shield. 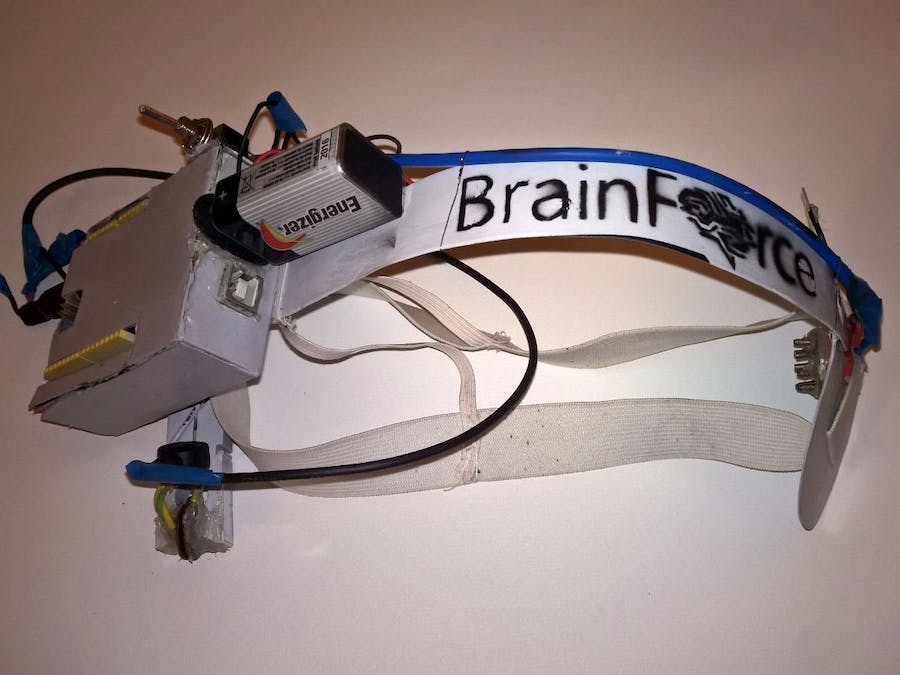 A wireless headset which allows you to control devices through cerebral waves. It works with two sensors and a Bluetooth shield.

First of all we would like to thank Davide Valeriani for his support at BrainForce project in giving us lessons and information about BCIs. He has been very willing to us and the knowledge that we acquired for realising this project comes from what he taught us.

The idea of realizing a BCI came out with the purpose of building a device which allows people with physical disease to move. In particular they can control for example a wheelchair with only using their cerebral status changes.

BrainForce would pick up the signal from the scalp, over the visual cortex, perform it, and evaluate if the power of the signal is major than a threshold: this would mean that the brain of the patient has changed his status, from relaxing to an activity one. This would generate an output which let us control a toy car as an application of the project.

The headset was built using pieces made from the case of an old computer. Each piece has been manually molded to make the headset comfortable to wear and make it wearable by different users. An elastic was attached in such a way that it adapted to different dimensions of the head. The headset's front box contains the heart of the project. It is where the Arduino and the shield reside, protected by a metal casing and an insulating rubber sheath. For economic unavailability, a jumble was used to create a sensor that could stick to the lobe. We added a battery on the headset to make it stand-alone from the pc. Then Arduino's power is handled via a switch.

The ordinary cables supplied with the shield have been replaced with shielded cables (coaxial cables) to minimize direct signal disturbances.

(*This part is not definitive*)

The signals picked up by the BCI are electrical impulses triggered at the extremities of the neurons, when they fire. The signal is composed of many waves, but we analyse the ones between 8 and 12 Hertz, or rather Alpha waves. The BCI calculates the spectral density of these frequencies, which is major during a brain activity (mental math calculation as an example).

The application of our project is moving a toy car through the visualization of an optical effects video by the patient. With a deep concentration on the video, BrainForce would generate many outputs which will make move the car.

We are also the creator of ProjecTo which is a StartUp with the objective of sharing information through video-tutorials about about arduino. In particular we make tutorials about single components, arduino projects, latest arduino tools, etc.

Subscribe on our Patreon page for supporting our activity!

Thank you very much! 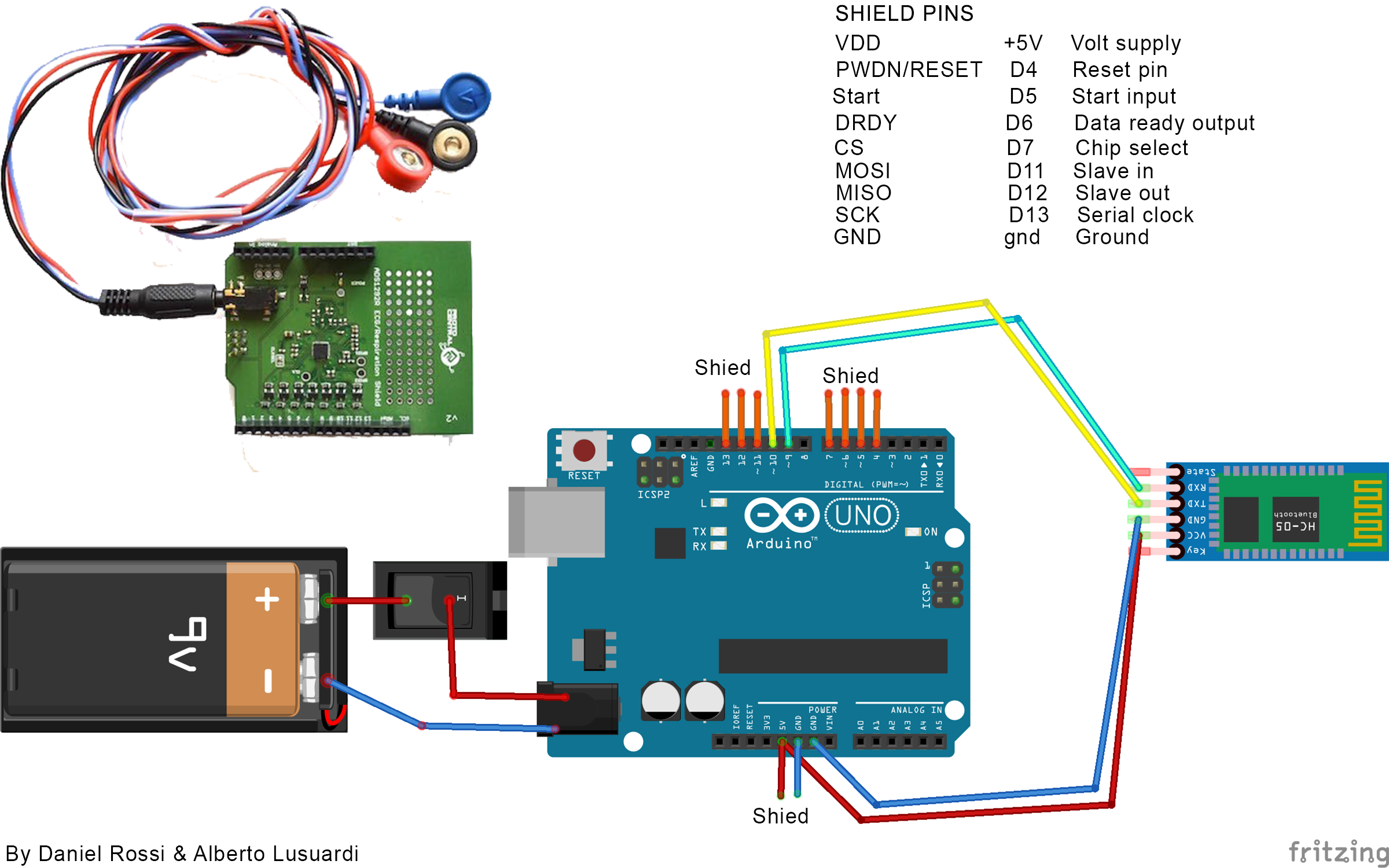 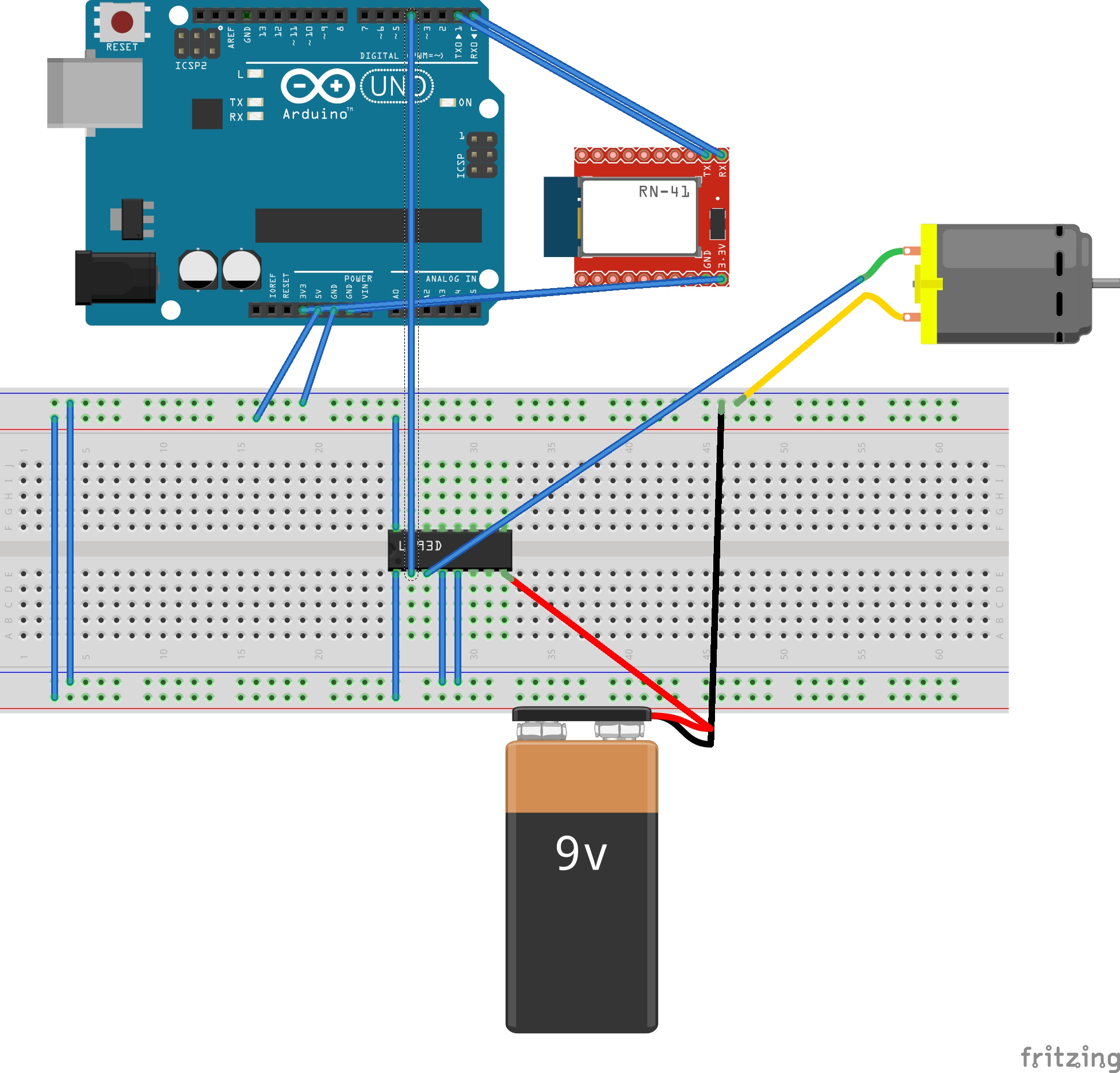 Make an Arduino-powered robot which is controlled by Bluetooth.

The most famous droid in history built in a easy way.