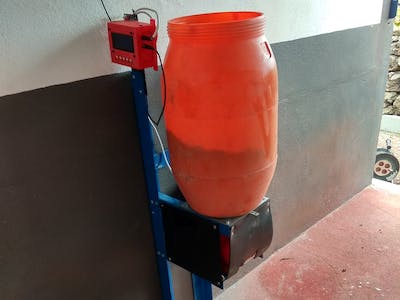 A simple automatic station to feed your pet when you are on vacation.

Project in progress by Paulo Soares 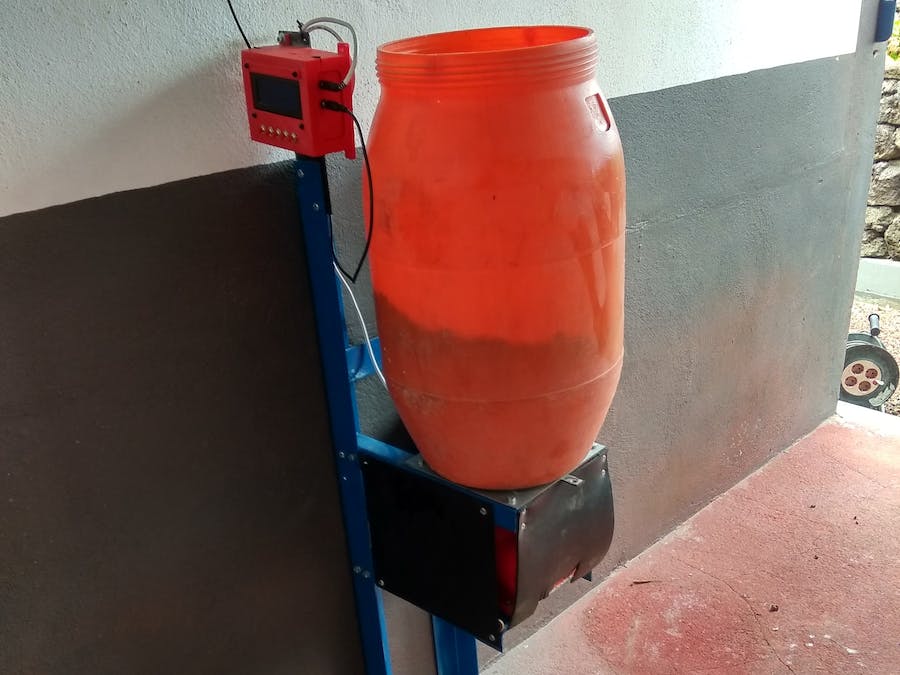 A simple automatic station to feed your pet when you are on vacation.

This is an automatic feeding machine, to feed my pet when I am away on vacations.

The electronic unit is composed by an Arduino Nano, an RTC module, an ACS712 current sensor, an L298 motor driver, and an LCD screen.

The first development sample was created using perf board and had a considerable size. Then, the second sample was developed.

The feeder system designed was based on a worm gear driven by a DC motor. The first prototype was designed and put to testing. During the initial tests, it showed to be too small for the food size that my dog eats. So a second version of the prototype was made.

Feed the poultry in quotidian routine to condition them - sensory preconditioning - to improve egg production and hatching process.

Conception of connected bird feeders, able to alert if the seed tank is empty and analyses its use by birds.

Set the feeding time and feed your birds without considering the time by using a DS3231 module. Display date, time and temperature as well.

This is a homemade automatic cat feeder instruction. Simple to use and easy to build, no special tools or materials are needed.