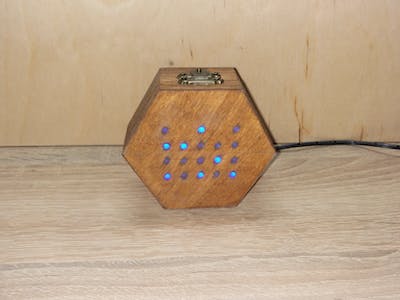 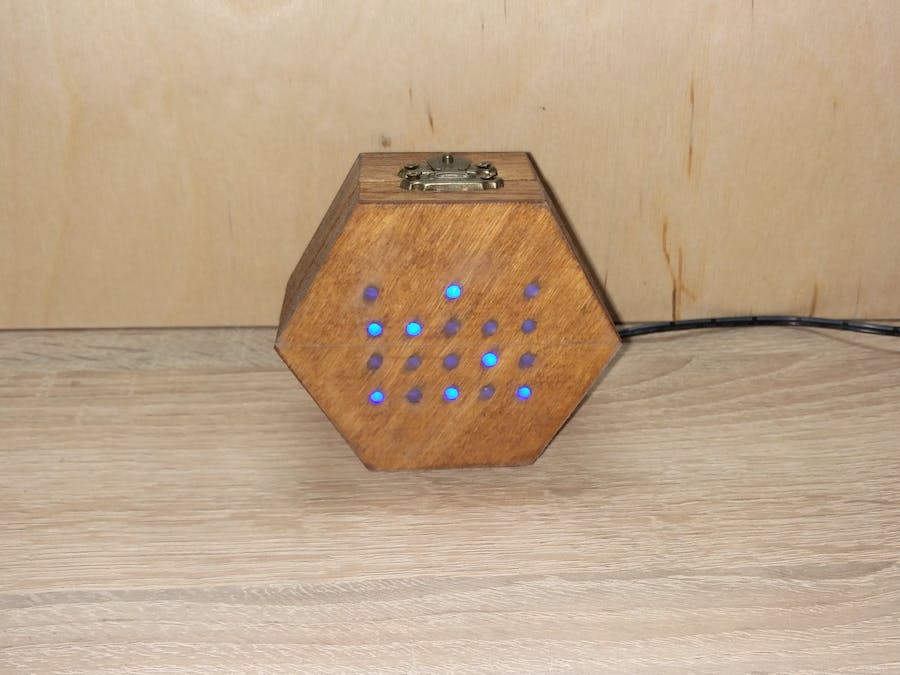 First of all, it is not a big deal. It is simply just a binary clock, that shows the time in binary format.

I was always curious how much time would my brain need, to adapt a thing like this, how much time do I need to comfortably read the time from a binary display. The answer may be different to everyone, but I got used to it in a few days.

I did not want to buy a complete binary clock kit that anybody can have, so I made one for myself. It has a cheap nano in it, with a 18 LEDs, diodes and an RTC.

I also wanted the inactive LEDs to light just a little bit, thats why I needed the diodes and a few resistors.

The inside is not a beauty, I should have made it nicer, but I did not think of sharing it at that time. I used super bright LEDs, so I drive them with 10k resistors. The inactive LEDs are driven with 100k resistors.

The program is not too complicated either. The first column shows the hours (0-12), the second shows tens of minutes /*I don't know how to call it, I'm not that good at english*/ (0-5), the third shows the rest of the minutes (0-9), the last two colums show the seconds the same way as the minutes are shown.

The next edition if I ever make one will only have 3 columns, a DS3231 instead of a DS1307, a nicer faceplate and a better PCB.

This is how I could achieve dim light on inactive LEDs. (Note: Maybe I connected it to 3V3 instead of 5 volts. It worked both ways, but as I remember the 5V solution was too bright and it was hard to tell if it is an active or inactive LED)

Use your Arduino to create a Binary Clock and learn how to read Binary numbers.

Project in progress by Peter Lunk

Binary Clock with Arduino and Plywood