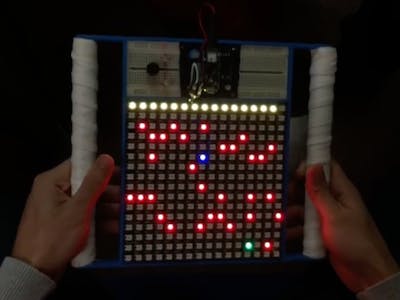 Pixel and Play is an interactive game console based on a NeoPixel matrix and the Arduino Nano BLE Sense. 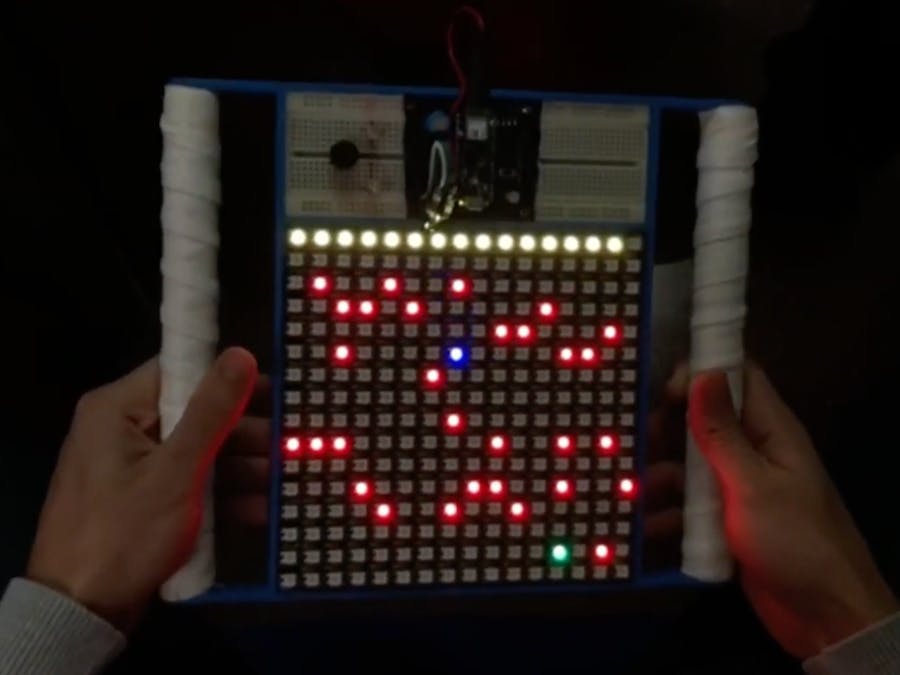 Pixel and Play is an interactive game console based on a NeoPixel matrix and the Arduino Nano BLE Sense.

This project was born in 'Creative Electronics,' a BEng Electronics Engineering 4th year module at the University of Málaga, School of Telecommunications.

Pixel and Play is an open hardware/software project to make the creation of interactive games easy. This tutorial is a detailed assembly guide of the console. But that's not all the game. We also provide an Arduino library with lots of processing like methods and several game examples and demos and even a processing app for painting images, etc.

Find all.stl (3D) and Gerber (PCB) files to build your own Pixel and Play console at Open Hardware GitHub.You can install the library either using the Arduino library manager or downloading it directly from our GitHub repository. Also an Instructables assembly guide.

Pixel and Play is an open hardware/software project with the aim of simplifying the creation of interactive games based on NeoPixel matrixes. We provide an Arduino library and a console design alongside all files needed to replicate it, casing 3D models, PCB Gerber files, and an assembly guide.

The PCB was designed in KiCAD and it's been designed to be easy to solder and make. Its main function is to adjust logical levels between Arduino and Neopixel display, and steps the Arduino supply voltage down to 5 V from the 8ish battery volts, making the Arduino's power supply more stable and independent from the battery level.

We have made an Arduino Library and a YouTube playlist as reference. The library has more than 40 Processing like functions.

MatrixPaint is an app developed in processing to make paint Matrix Images easier and abstract the user from having to calculate the pixels that must be lighted up to display the image. We used it for painting the maps of the games.

Although you can install the library using the Arduino library manager
https://github.com/ramonheras/Pixel-and-Play-Arduino-Library

In this repository, you will find all STL for printing the 3D models and Gerber files to make the PCB, and also MatrixPaint
https://github.com/ramonheras/Pixel-and-Play-Open-Hardware

In this repository, you will find all STL for printing the 3D models and Gerber files to make the PCB, and also MatrixPaint
https://github.com/ramonheras/Pixel-and-Play-Open-Hardware

A DIY Game console you can make and upload your own game like Snake or Pong.

A retro game console. Play Tennis for Two or Breakout, or even make your own game.

This is a 4-player reaction game penalizing the loser with a shot of liquor delivered to them on a conveyor.

Drinking Game for the Brave

Pixie: An Arduino Based NeoPixel Wristwatch