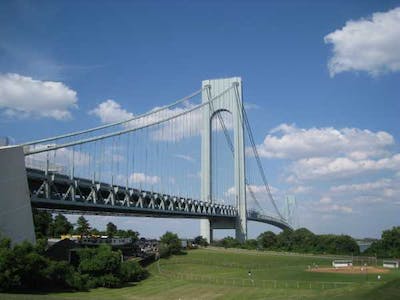 Bridging the Raspberry Pi and the Arduino © GPL3+

I recently had a conversation with a colleague wanting to get into IoT. He was contemplating whether to buy a Raspberry Pi 2 or an Arduino Uno. He asked my opinion and I found I couldn't give him a clear answer.

Through my experience, I have come to understand that these two platofrms are not swappable. Both offer excellent advantages and disadvantages. In fact, they can easily be complementing platforms.

In a recent project I needed to use an Arduino to control some sensors and devices but the core of my project was based on the C# running on the Raspberry Pi. I found the excellent project posted by Christiano Faig titled "Arduino I2C communication with Raspi 2 WIOT" and was inspired. I immediately connected my Arduino Uno to my Raspberry Pi and was on my way.

In the project mentioned I knew exactly how I wanted to use my Arduino. I also knew, however, that I would most likely use this platform combination in future projects. I decided I needed to create a reusable library.

In this article I will share my library with you in the hope that you find it useful too.

Since the focus of this library is to control and Arduino from a Universal application running on the Raspberry Pi 2, I will start with the C# library.

The library is available from two sources. The first, and easiest way to get the library is via NuGet. To install open the NuGet package console and enter

The second way to get the library is to download the source code from GitHub and add it directly to your project. The GitHub link is included at the bottom of the page.

The first thing to do is to add the following using statement at the top of your source code file.

Next, create an instance of the Arduino object and specify the address. The default is 0x04. The address can be changed by updating the Definitions.h file reloading your code to the Arduino.

before using the library you need to initialize the connection. To do this call InitializeAsync.

Currently the library supports basic Arduino commands but will be updated regularly to incorporate more capabilities.

Here are some of the basic commands:

Set the output mode on a specific pin.

Set the digital output value on a specific pin.

The commands currently implemented are:

Maps to the pinMode(pin, mode) command.

Maps to the digitalWrite(pin, value) command.

Maps to the digitalRead(pin) command.

Maps to the analogReference(type) command.

Maps to the analogWrite(pin, value) command.

Maps to the analogRead(pin) command.

Maps to the tone(pin, frequency) command.

Maps to the noTone(pin) command.

Maps to the interrupts() command

Maps to the noInterrupts() command

Disables the call to BreatheLed()

Pulses a pin with the given fixed intervals. This is not intended as PWM. This could be used, for example, to flash an LED for status purposes

Disables a call to PulsePin()


I am currently working on a set of built-in RGB LED effects. Note with the current library you can set any color using the analogWriteAsync method.

As project needs come up I will add additional methods to the C# library as well as the corresponding Arduino code.

The library is a standard Arduino library that is installed to your Libraries folder. Simply download the zip and add it to the Arduino IDE using the "Add .Zip Library..." menu under Include Library in the Sketch menu.

The library has detailed logging to the Serial device that can be enabled. Be ware that when enabling this option the application will use more memory and in some cases you may run out of memory to run your code.

See the Definitions.h file for parameters that can be changed. Any changes to this file will require a recompile and upload of the code.

There are several samples sketches. The Standard sketch will get you up and running with the basic commands shown above. The Basic sketch is limited to the standard Arduino commands. If you need more advanced interaction use one of the other examples or build your own sketch with custom commands.

To load the various sketches use choose Examples in the File menu of the Arduino IDE and select Rpi2 Bridge and then select one of the sketches.

The greatest advantage to this is that you can get up and running quickly and utilize the Arduino in your C# code. Sensors that are very difficult use on the Raspberry Pi such as the DHT11/21/22 or your NeoPixels can now be used easily. Connect these sensors or devices to your Arduino as usual, load the libraries and then call the commands from the C# code to get them going.

Another advantage is that with the Arduino Bridge you can eliminate the need for extra devices such as a PWM for LED's or an ADC chip. The best "out of the gate" use I found was with the analog pins as well as the PWM ports since both of these are not available on the Raspberry natively (the one PWM port on the Raspberry Pi is not currently available under Windows 10 IoT Core).

The biggest disadvantage to this approach is that it would be very easy is to under utilize the processing power on the Arduino and over use the processor on the Raspberry Pi. This is one of the reason I left room for custom commands. One of the sample sketches shows how to read the temperature and humidity from a DHT22 (will also work with DHT11). This custom command places the overhead of the specific timing requirements of this sensor on the Arduino instead of the Raspberry Pi. This sketch is called Dht22.ino.

Another disadvantage of this approach is that you lose some flexibility. For example, if you are reading a sensor using the shiftIn() command it would be very difficult to map this back to the Raspberry Pi through a single command. This approach will not fit every situation but will certainly make some previously impossible scenarios now possible.

This library is a great way to build on your existing hardware and not worry about whether to choose the Raspberry Pi or an Arduino. It enables both to be used seamlessly in a single project.

For other ways to use the Arduino with Windows 10 and UWP applications.