Count the number of people entering and leaving a room by this counter.

Project in progress by pratham_bhomkar

Count the number of people entering and leaving a room by this counter.

The mission of this project is to build an LDR based counting circuit, that counts the number of objects passing by it and also automate the room based on the count calculated using an ARDUINO.

The current project built is a prototype of the final model as it is built using Arduino and discrete components, the final build of this project is completely based on using discrete components. The total cost of implementing this project in real-time is around Six Hundred Rupees. As the price of the is significantly low, this can we widely used as a counter-based home automation system.

Two lasers are pointed on the LDR when a person walks by cutting the lasers, it happens in a sequence, this sequence of breaking the laser is detected and the count is calculated.

The circuit doesn't show any LASER. it is necessary for the count. 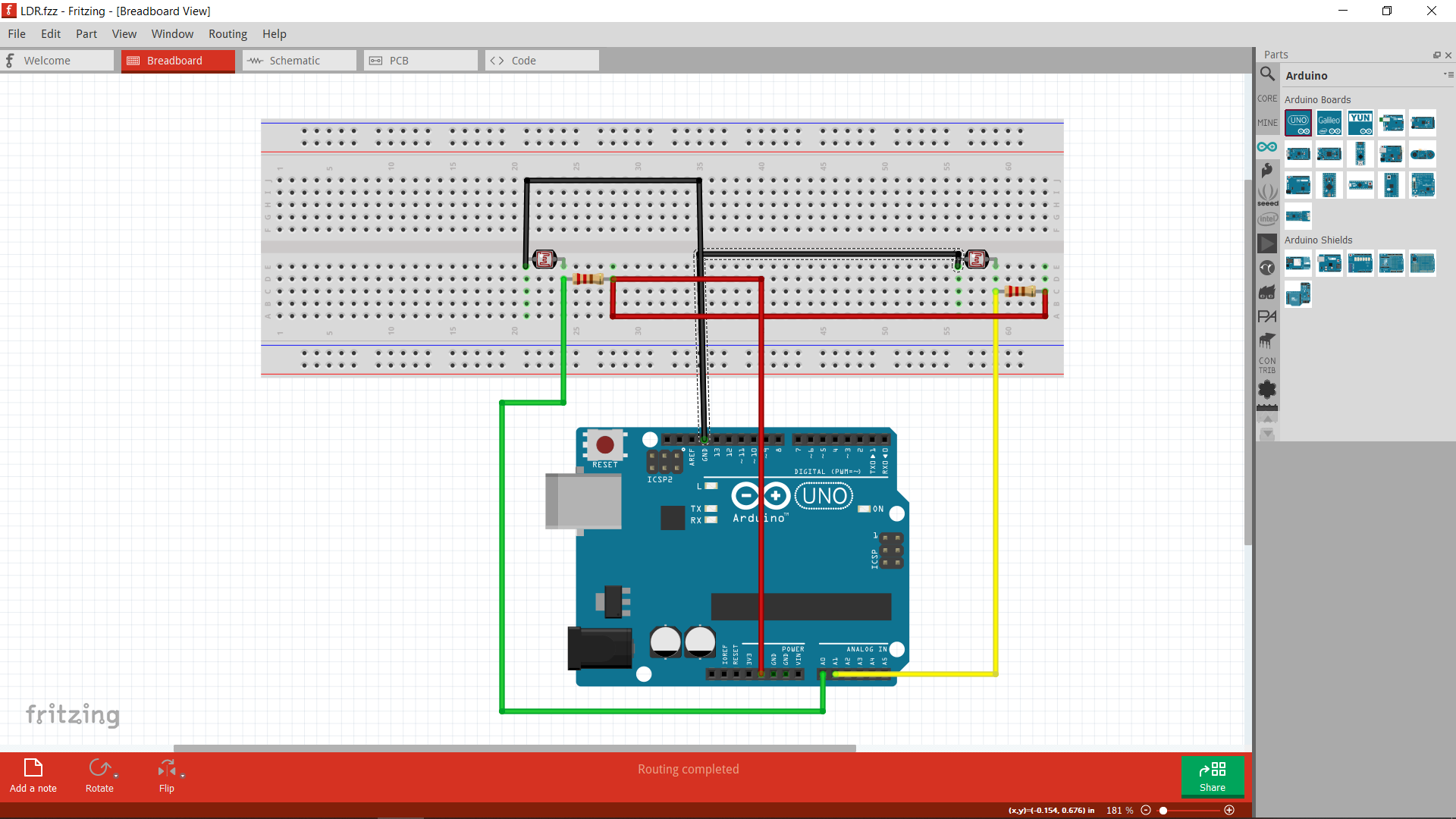 There are two sensors as detectors in this project, namely rain sensor and LDR. Rain sensor functions to detect the occurrence of rain/not.

Easily include oscilloscope and frequency counter diagnostics into your own project.