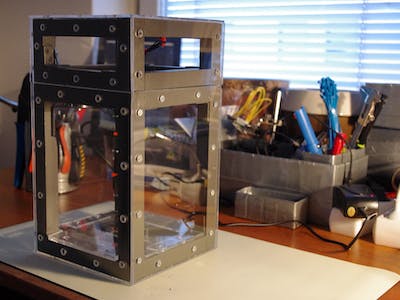 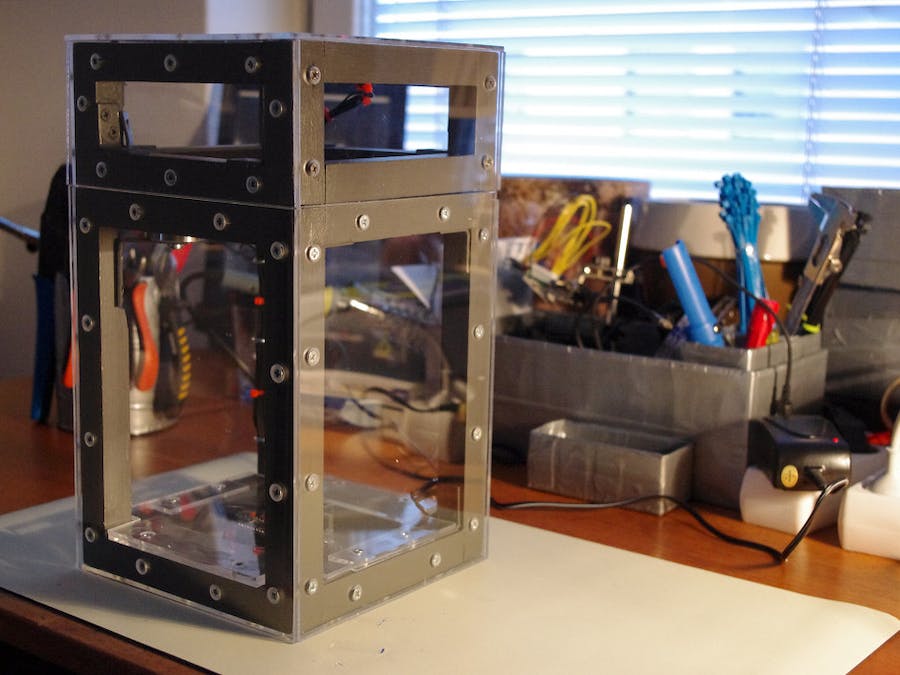 I have built a box with an electro magnetic lock controlled by a rfid-reader. The purpose of the project was to build a box that would work for rfid chips implanted in the hand. But since I haven’t an implanted chip yet I haven’t been able to test this. So for now you need a card or some other kind of rfid-tag.

I started out with Arduino Yun but quite quickly a replaced the Yun with the smaller Arduino Nano. Beside the Ardoino Nano I have used the a permanent 12V electromagnet, a rfid-reader, N-channel MOSFET, a diode, a micro switch and a RGB led.

There are a couple of reasons for selecting a permanent electromagnet instead of a normal electromagnet. With a permanent magnet you don't have to supply power to the magnet when the box is idle (closed) which of course makes it consume less power and the box also appears “locked” even when the power if disconnected. Another reason is that the magnet becomes very warm when the power is on. I started out with a magnet with the pulling power of 45N but after my initial tests I realised that I would need a stronger magnet. In the finished box I used a 300N magnet which works great.

I had never used a mosfet and it’s been a long time since I used any kind of transistor. After googling for similar projects I found a good blog post that described the mosfet and how to use it.

Finally I mounted and soldered all the electronics on a small board and the board was then mounted in the bottom of the box between two sheets of plexiglass.

The box itself is built of wood and plexiglass. I have used 21 mm square wood strips for the structure and then covered everything with 3mm acrylic sheets. More about my experiences with plexiglass can be found beneath.

The software is quite straght forward. I’m listening to the rfid-reader and whenever a valid tag is present I supply current to the mosfet allowing the current to flow from the power supply to the magnet. The code also supports adding and removing valid tags.

The I have used the MFRC522 library for communicating with the rfid-reader and EepromUtil for storing tags when they are added. All code can be found on GitHub and the project contains four main parts:

The steps in the project

Pics from the project

I’ll continue to work with rfid-readers and together with an implanted rfid-chip the goal is to find and tryout different ways to add a personalised layer to things. So, hopefully I will post more projects soon. 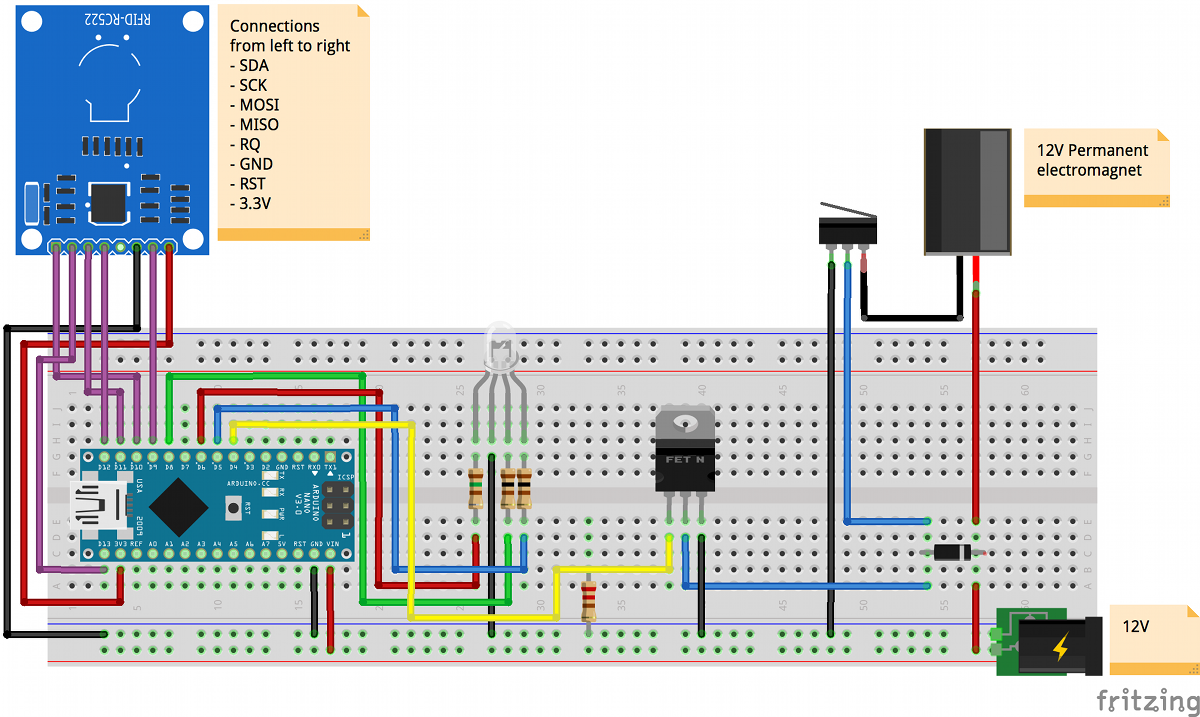 The RFID Lock Box combines Arduino, RFID and a Solenoid to make your very own personal safe!

A very simple native application using ElectronJS to play music on a buzzer using an Arduino.