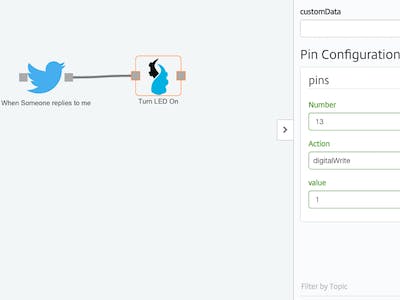 Code-Free IoT with Arduino and The Tentacle on Octoblu! 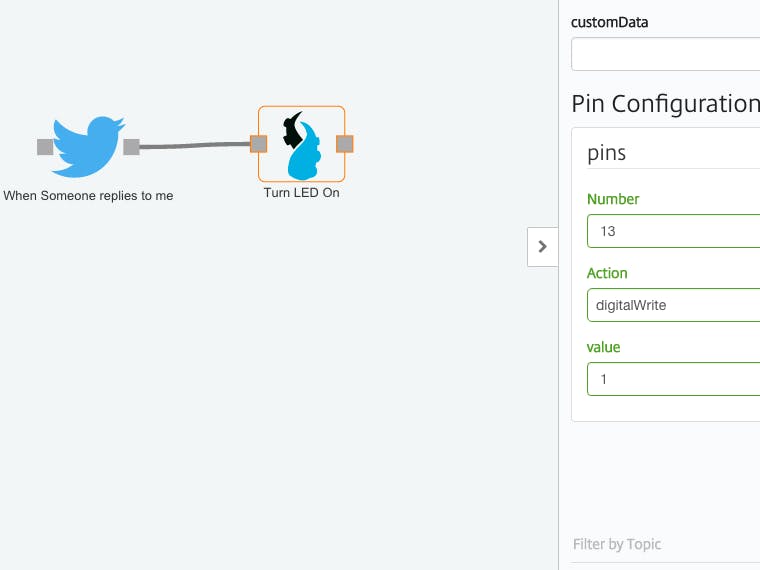 Code-Free IoT with Arduino and The Tentacle on Octoblu! © CC BY

If you want to do anything in the Internet of Things space, there's nothing easier to do it than to use Octoblu. With the recent release of our new microcontroller library The Tentacle, any Arduino-ish microcontroller can be used in our flows in a matter of minutes - without writing any custom code!

Read more about The Tentacle at it's official documentation page, http://tentacle.readme.io

first step when it comes to connecting a microcontroller to Octoblu is to, well, get an account with Octoblu. It's free (and always will be) and can be done in less than a minute @ https://app.octoblu.com

Create a Device in Octoblu

this step generates an ID for device in Meshblu, Octoblu's open-source message routing system. This lets us send messages to and from the microcontroller.

Once you've registered with Octoblu, navigate to the Things section.
Next, name your new Tentacle! Make sure the dropdown underneath the icon says "Register a new thing"
There are a lot of Things in Octoblu - so search for "tentacle", then click on the icon for Tentacle.

Right now, Octoblu redirects you to the Flow Designer by default. So make sure you head back to the Things page to continue.

Back at the things page, click on the "Connected Things" tab. This shows the Things you've added to the platform. Click on your new Tentacle.

Now, leave this page open - We're going to do some stuff on the Arduino side for a bit!

Enabling The Tentacle on your Arduino

Note: although we prefer the Photon at Octoblu, we know that Arduinos are by far the most common microcontrollers out there these days. For the Photon, the steps are similar, but using their website at http://build.particle.io . The library is called "tentacle-particle", and can be found here.

Download the library from github. Make sure to use the zip file of the latest release!

The latest release of the library can be found here. Make sure to download tentacle-build-arduino.zip. The source for this repo sets up the project, and is not the code for the project itself.

Once The Tentacle has been downloaded, add it to the Arduino IDE by selecting Sketch -> Include Library -> Add .ZIP Library... from the menu
Next, select the example that applies to your device from File->Examples->Tentacle in Arduino's menus

In you're device's configuration page, copy and paste it's UUID into the "uuid[]" variable in the sketch
Next, click "Generate Token". This will produce a popup containing your token. Copy it into the token[] variable in the sketch.
Wifi users only: remember to set your wifi name and password in the sketch, so the Arduino can connect to it.
Finally, flash the Arduino with the sketch. It's now ready to go!
If you open the serial monitor for the Arduino IDE (Tools -> Serial Monitor), you should see output like this. Congratulations, your Arduino is now connected to Octoblu!
If you refresh the device page in Octoblu, you'll see that you can now configure pin modes and whether or not it broadcasts it's pins at an interval.

Congratulations! You can now drop your microcontroller into the Flow Designer and control it with anything else in the Internet of Things!

Note: one limitation of The Tentacle is that you can't specify analog pins by their usual A* designations (A0, A1, A2, etc). We hope to change this soon. In the meantime, this means you just have to reference the pins by their actual numbers - such as 16 instead of A0, and so on.

Make sure you use the version in Releases!
https://github.com/octoblu/tentacle-build

Turn any Arduino compatible board into an IoT device with the Octoblu Johnny-Five Connector. Visually program with hardware on the web.

Smart lighting is a catalyst for the IoT. In this tutorial we'll see how to control NeoPixel LEDs via mobile using the Zerynth App.