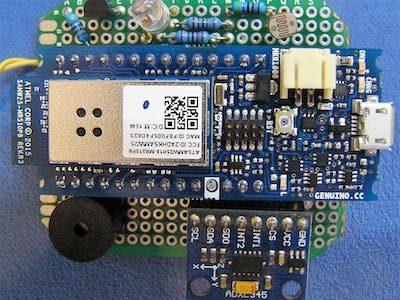 Cost and availability of retirement villages cause aging people to stay in their own homes. This system monitors their daily events. 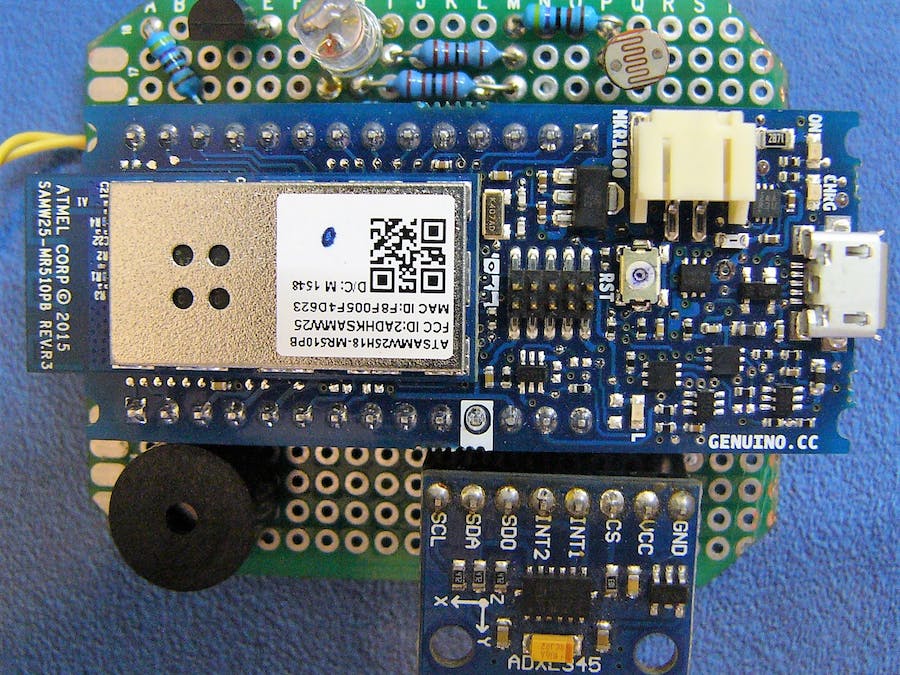 Cost and availability of retirement villages cause aging people to stay in their own homes. This system monitors their daily events.

The aging population of the world presents enormous financial challenges. There are not enough retirement facilities to cater the needs of the elderly and costs are high. The tendency is that elderly people prefer staying in their own homes for longer. That makes the elderly more independent and happier, but risks are higher when they fall or experience health or security problems. Sometimes that is only discovered hours or days after the incident.

With this non-invasive system daily events can be monitored and recorded and a set of rules can be applied to generate an alarm condition. This includes:

A summary of this information will be sent to the cloud. With the monitor app users with access to the service will be able to monitor various statuses and will be alerted of emergency situations. These users may include family, friends, emergency services and health services.

Infrastructure Needed to Provide the Service:

A number of different sensors are used to accumulate data for a rules based system, which will send alerts when events do not follow a normal pattern. These include, but are not restricted to:

All these events are time stamped, so that rules can include time of day, time slots and time span.

A bi-color LED and buzzer is used to communicate remote messages and as local alarm when the internet is not available. Messages may include reminders like medication, time to feed the cat, time for a meal, etc.

The assumption is that a wifi router, which is connected to the internet, will be available. The wifi sensor node makes use of DHCP to obtain an IP address.

The wifi sensor node currently makes use of a free subscription to the Microsoft Azure IoT Hub to store data. Setup and tools will be described in the software section.

As a proof of concept I used the Azure Device Monitor software to analyze data and to send commands to my MKR1000 sensor node via Azure IoT Hub.

I also installed the Azure IoT Suite and had a look at their example application (more under software).

In future a Windows 10 app will be used to display data (light level, temperature) and alerts (fall, door open) from Azure IoT Hub and to send signal commands to wifi sensor nodes via the hub.

Initially I did my prototype on a breadboard, as shown in the first picture. The second picture shows the schematic. Towards the end I decided to do a more permanent setup for testing and I built the circuit on prototype board, as seen in the project picture. The Fritzing file is available under uploaded files.

If you are not currently running Arduino IDE version 1.6.7, download it from here

and install. The MKR1000 forum will help to set up the board

Upgrade to MKR1000 core version 1.6.4-mkr02, which contains a crucial fix for a condition that destroys the bootloader. Install the latest Arduino Wifi101 library.

Setup the Arduino IDE for MKR1000, plug the module into a usb port and ensure that the correct serial port is selected. There are good example sketches in Wifi101 to turn the module into a webclient or webserver. Try these out to ensure that your board is working properly. Change ssid and pass to connect to your own wifi router.

Refer to the hardware schematics and component list to prepare the wifi sensor node. The pinouts are well documented in the Arduino sketch.

Initially I planned on using Windows Remote Arduino, which is a Windows 10 environment that uses firmata protocol to "take over" the Arduino. This would poll remote sensors from a Windows app. Due to the unpredictable nature of accelerometer data I decided against this method, in favor of pushing sensor data to the cloud. The obvious choice was Microsoft Azure IoT Hub.

I am thrilled to be in the group of 1000 to familiarize myself with the MKR1000. Initially I worked through example sketches in the Wifi101 library. After I defined the goal of my project I made a decision on the sensors and other components I would use, preferably in stock items. I collected libraries and examples for LDR light dependent resistor, DS18B20 temperature sensor, ADXL345 accelerometer, switch, bi-color LED, buzzer and tested them individually on a breadboard. I had to quickly learn Fritzing to do the schematic and breadboard layout (see hardware setup).

I received lots of help from members on the MKR1000 forum, as well as other hobbyists (see references). At this stage I had only heard about Azure, but I decided to use it for cloud data storage anyway. The vast capabilities of the Azure cloud platform was quite confusing. Fortunately Mohan Palanisami (mohanp) did a good article on connecting to Azure IoT Hub. A "simple C" sample on azure-iot-sdks looked promising, but it was not that simple after all and I did not like the 100k+ size of my sketch. I noticed that mohanp only used around 30k, so I decided to use his sketch as basis. Initially I used the JSON structure in the connect the dots library examples, but now I am using a very neat JSON library for generating strings.

In the main loop there are basic local rules for determining an event condition (temperature changing x degrees, light level changing y lumens, accelerometer events, battery voltage falling under 3.3V). When an event occurs the data gets sent to Azure IoT Hub, where a secondary set of rules is applied on the data to decide on an alarm condition (abnormal events in specific time slots or time spans). Currently this is not implemented, but the Azure IoT Suite example shows how it can be done.

With the extension of the deadline I managed to add more functionality:

If you are not already using Azure you can subscribe to a free account. Use the Azure portal to create you own IoT Hub (mine is called MKR1000hub)

Configure the Device Explorer by using the IoT Hub Connection String and Protocol Gateway Hostname from Azure portal.  Go to the Management tab to create a device. Use this connection string in the MKR1000 sensor node sketch. The Data tab enables you to display the JSON messages sent to Azure. The Messages to Device tab enable you to send messages to the MKR1000 sensor node (as described in the sketch section).

An excellent example application monitors and displays temperature and humidity. That together with the ease of registering new devices and the rules engine makes it ideal for my project. I adapted my sketch to send data to the sample Azure IoT Hub, which according to Device Explorer worked. The device showed up in the IoT Device Portal, but the status stayed "pending". More people complained about getting the same results sending from Arduino, but could not get any clarity on solving the problem. I could also not find documentation on the JSON schema they use. I tried to reverse engineer it by looking at the sample data in Device Explorer, but I may still be missing something.

This sketch runs on the MKR1000 and is used to collect sensor data which an essential part of my project. This will be used determine when abnormal events occur in the daily routine of the elderly who whom I have developed this system. This version simplifies JSON generation by the use of library calls. Extra functionality was also added to receive and execute commands from Device Explorer.

This is a real set of data and represents the various event conditions generated by the MKR1000 sensor node, with the exception of battery voltage. The second part shows commands being sent from Device Explorer.

Contains the source files for the MKR1000Azure project in Visual Studio with Visual Micro extension
https://github.com/joepvanwyk/MKR1000Azure

Download
In my story I have used exported image files of my Fritzing breadboard and schematic designs, but if you need to edit these I suggest that you download the latest version of Fritzing.
MKR1000AzureNode.fzz

Make sure your home is safe! Monitor your gas valves!

Restores your Wi-Fi connection for you, so you don't have to, and keeps a track of how often this is done.

To assure that your beer (and other) beverages are at a cool temperature, today we show you how to remotely monitor your fridge!