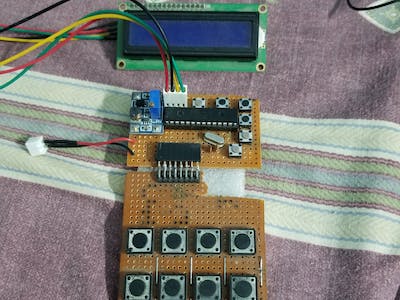 This project is based on digital calculator for converting whole number (decimal) to Binary, Hexa, and Octa decimal system 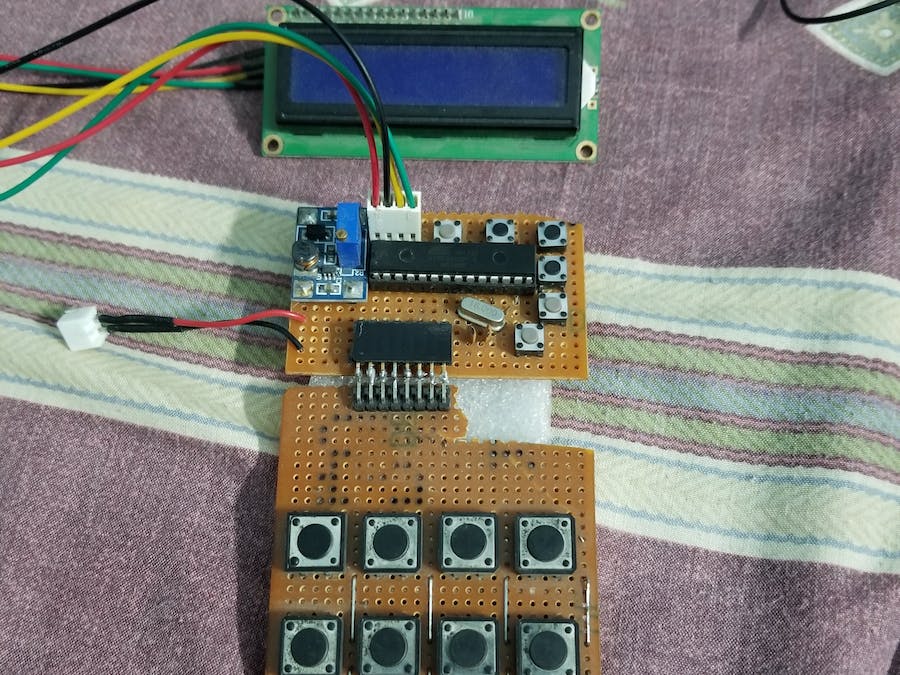 This project is based on digital calculator for converting whole number (decimal) to Binary, Hexa, and Octa decimal system

I needed a small calculator to convert any whole number into another number system without any problem.

For this reason, I chose to create this project. This project consists of DIY based keypad that works perfectly, an Arduino programmed 328p controller, LCD with I2C module, 3.3v to 5v boost circuit and perf-boards.

These pins are connected to the Atmega 328p microcontroller with the help of L-shaped male headers. As you can see in the above photos that four pins act as rows pins while the other four pins act as columns.

Now, let's discuss the mainboard. The mainboard consists of a micro-controller, a 16Mhz crystal oscillator, few buttons (they are dummy, but they can be configured as your requirement), two 22pF non-polar capacitors, an I2C connector for LCD and a boost circuit as shown in the circuit below.

As for the LCD, the I2C module is directly soldered on the LCD PCB, and there is no gap between them. The mainboard is powered by the 3.3v LiPo battery, the boost circuit converts the low voltage to the high voltage since there is the potentiometer connected on the boost circuit which varies the voltage at the output. So by varying it, the voltage can be changed, this micro-controller only requires about 5V, so the voltage is varied to 5V on the output. This voltage is also supplied on the I2C module this turns on the LCD.

The I2C module on the LCD consists of four pins which are connected in the following ways:5V -------- 5V (output of boost circuit)

The programming of this project is simple and easy.

Above these two libraries are included for this project.

The coding attached, please see it and you will understand it easily. 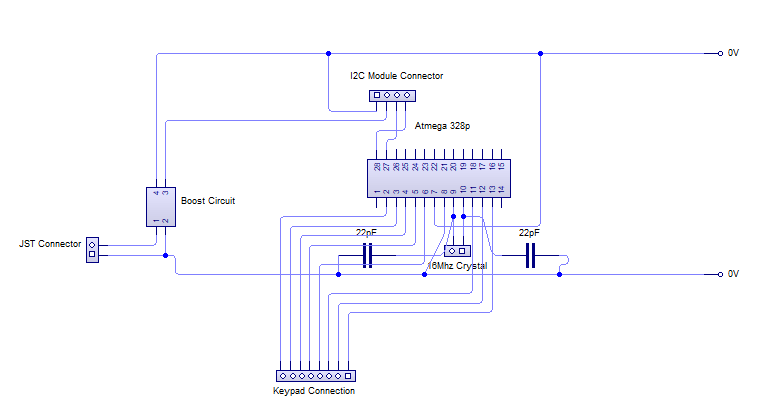 In 1884 Nipkow invented a method to capture and view a moving image. This project uses the same disk to generate a moving digital image.

Basically a digital clock that can have the time changed at the press of a button.

Project in progress by Team SharKode

A digital oscilloscope experiment based on Arduino.

Digital Oscilloscope Experiment Based on Arduino