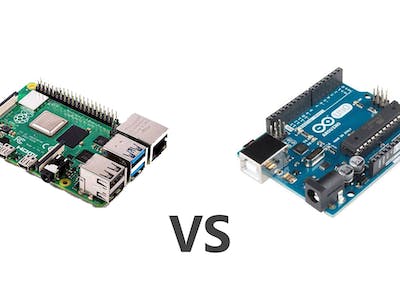 Difference between Arduino and Raspberry Pi for beginners 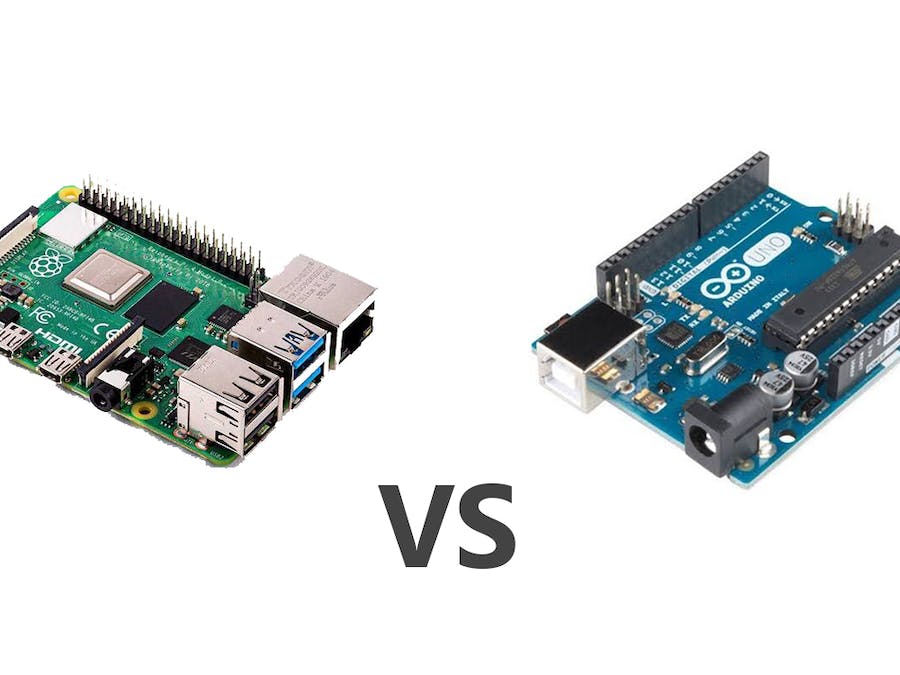 Difference between Arduino and Raspberry Pi for beginners

Raspberry Pi and Arduino might look very similar – both are cute little boards with chips and pins, but they are actually very different devices. Each board has its personal benefits and disadvantages. If you choose to figure out between the two, then it depends on the requirement of your project.

Massimo Benzi invented the Arduino in Italy. Arduino was a simple hardware prototyping tool. While Raspberry pi was invented by Eben Upton at the University of Cambridge in the United Kingdom for improving the programming abilities of his students.

Starting from Arduino, It comes with an 8-bit microcontroller. Raspberry Pi is equipped with a 64-bit microprocessor.

Arduino has 2 kilobytes of RAM. Raspberry Pi has1GB, 2GB, or 4GB of LPDDR4 SDRAM of RAM.

In the case of I / O, Arduino has a USB-B port that allows the computer to transfer new boot programs, power input, and a set of I / O pins. Raspberry Pi is much more sophisticated because it has video output,   2 mini HDMI port, SD card port, audio port, CSI camera port, DSI display port, 2 USB 2.0 and 2 USB 3.0 ports in RaspberryPi4 that allow you to connect it to USB Devices, Gigabit Ethernet sockets, Wi-Fi, Bluetooth 4.2 and I / O pin (GPIO). Many things.

These two boards boot up with very little power. However, power failure for Raspberry Pi can cause damage to software and applications. If a power failure occurs in Arduino, it will restart. Therefore, Raspberry Pi must be shut down properly before the power is turned off.

Arduino is an open-source platform that is primarily based on a series of three things. There are Hardware prototype platform, Arduino language, and IDE & libraries. The Arduino boards are micro-controllers, not a full-fledged computer.

They don’t run a full operating system, but really write the code and execute as their firmware interprets it. Arduino is designed to facilitate access to electronics for artists, designers, amateurs, and anyone interested in creating interactive objects or environments.

The primary cause of the Arduino board is to interface with the gadgets and sensors, so it’s eminent for hardware tasks in which you actually desire things to respond to a range of sensor readings and manual input.

Arduino is equipped with Atmel’s 8-bit AVR microcontroller and it provides hardware support for Serial, I2C, and SPI. Unlike maximum preceding programmable circuit boards, the Arduino does not need a separate piece of hardware or programmer to load new code onto the board – you could actually use a USB cable to load the code in the controller.

The most used Arduino board is Arduino Uno Rev3. The technical features of this board are given below.

The Arduino family presents a variety of boards for different purposes.

Some of them are given below.

Here you can buy these devices.

One exceedingly fascinating side-aspect of the Arduino family is its “Shields”. These add-on boards can be bought separately. They will add a precise performance like IoT interface, Bluetooth, Ethernet, GPRS or sensor capabilities. Shields are stackable, so you can add more functions to one board if you need them.

Raspberry Pi is a series of small single-board computers developed in 2012 by the Raspberry Pi Foundation in the United Kingdom to promote the teaching of basic computer science in schools and developing countries.

Its origins lie in the University of Cambridge computer lab in 2006. Computer scientists Eben Upton and Rob Mullins, Jack Lang and Alan Mycroft fear that incoming students can break away from the technical aspects of analysis. This is mainly because the school syllabus focuses on the use of computers rather than understanding them.

Since then the group worked on developing a low priced and on-hand machine that would assist schools to train principles such as programming, for this reason bringing students closer to the appreciation of how computing works.

Around the world, people use Raspberry Pis to learn programming skills, build hardware projects, run home automation, and even use them in industrial applications.

Raspberry Pi is a very inexpensive computer that runs on  Linux. However, it also offers a series of universal GPIO I / O that allows you to control electronic components for physical computers and explore the Internet of Things (IoT).

Because Arduino is enhanced with a shield, Raspberrypi can also be upgraded to the next level to do some cool stuff. Here you can check out some amazing shields to make your Pi easy plug and play device.

Both Raspberry pivs Arduino has their own set of benefits, downsides and extraordinary characteristics. If someone is building a project that includes several functionalities at the same time, requires easy access to the Internet and also needs media accessibilities, then raspberry pi three will be an ideal desire.

If a person is building a project that requires easy reads and less difficult to connect to analog sensors and required to do only some outputs primarily based on the sensor data, it communicates without difficulty with different device parts, etc. Then Arduino is a superb desire too with. I am hoping now you should have were given a fairer idea of both Arduino vs raspberry pi.

Which One Is Better?

I think You must have understood now !!!..