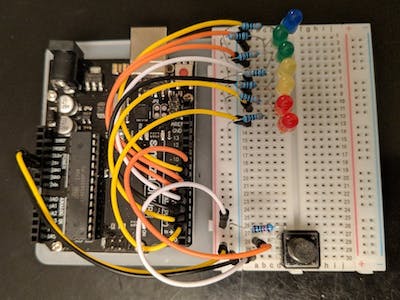 Get started with Arduino by building a simple but fun game with a variety of extensions. Designed to be completed in a 3 hour class. 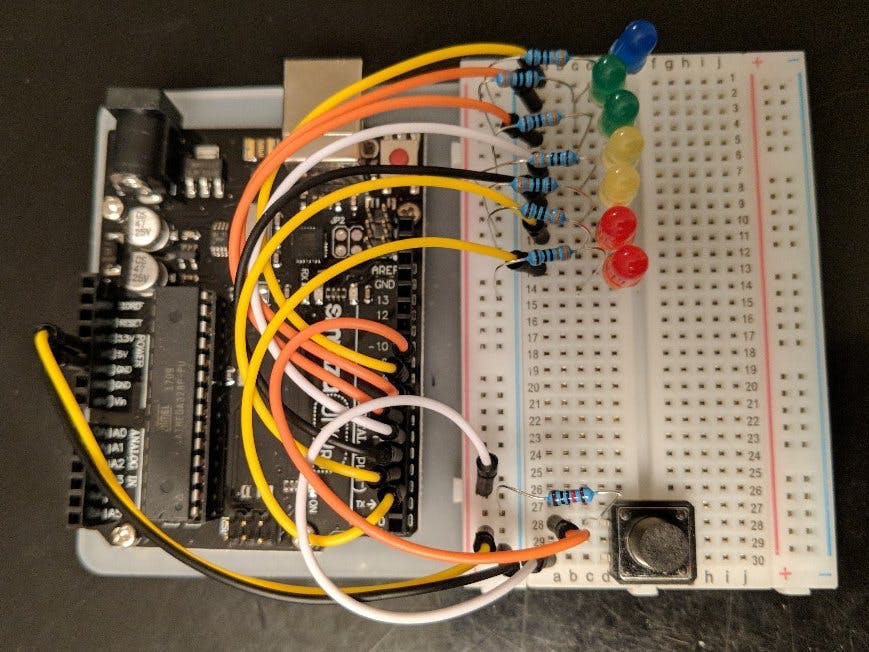 Get started with Arduino by building a simple but fun game with a variety of extensions. Designed to be completed in a 3 hour class.

This project is intended to be organized by an experienced Arduino user, for example in a school classroom. The goal is to show how a problem can be broken down into a series of incrementally validated steps, while allowing each student to proceed at their own pace and express their own creativity. Students should show the organizer when they have completed a step to pick up the instructions and components for the next step. The organizer will need to be available to answer questions and help with debugging.

The project is broken down into a series of individual steps:

I led this project in my son's Grade 6 enrichment class and the students appeared to love it. All students completed the basic game within the 3 hours I was there, and most had completed at least one of the bonus challenges. We used the classroom Chromebooks and the Arduino web editor.

Video of one of the students showing off their work on the 7-segment bonus.

Extension to show the score on a 7-segment LED with shift register and proto shield.

Extension to show information on the standard LCD display. 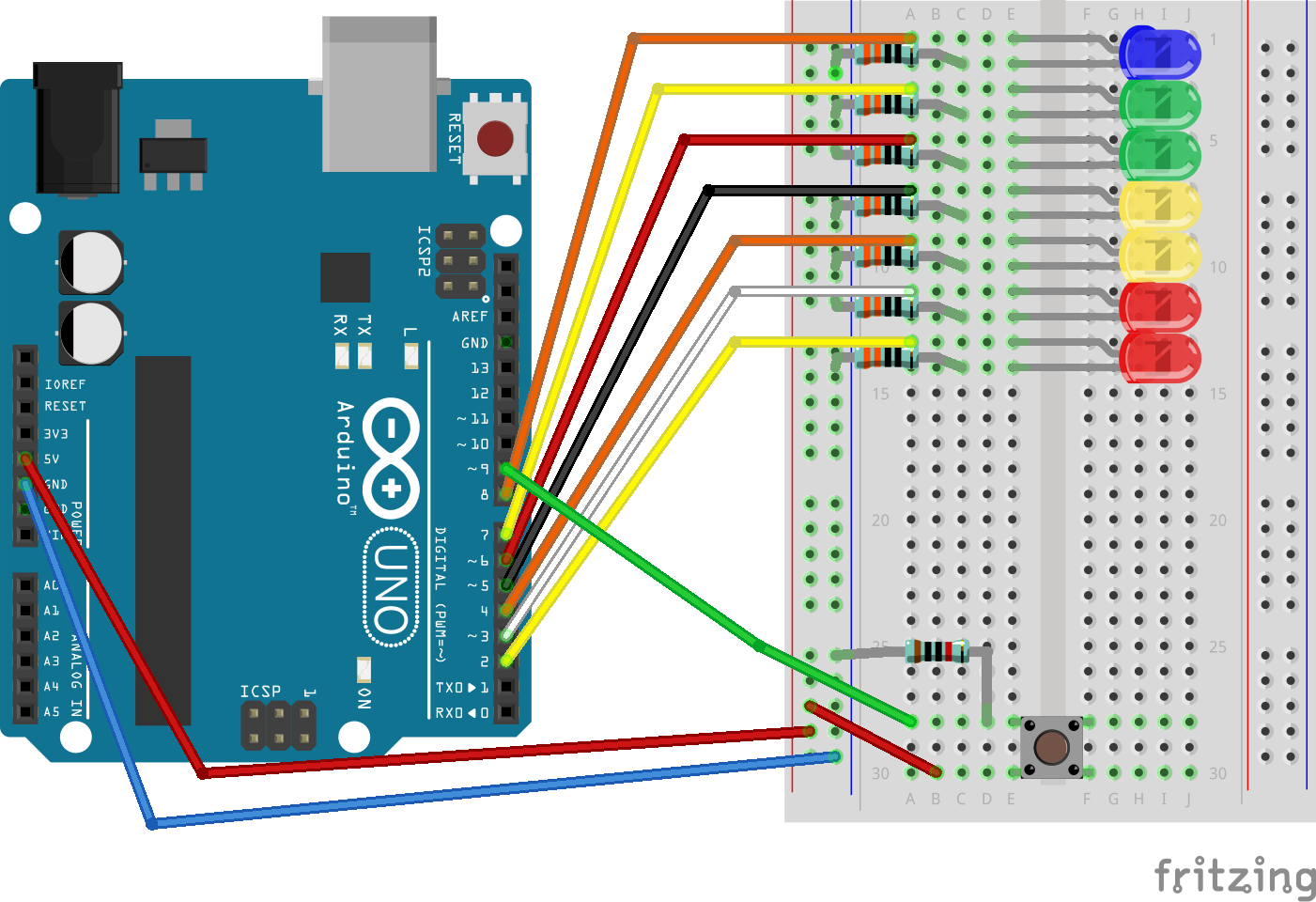 Johnny-Five is the JavaScript Robotics & IoT Platform; in here I'll show you how to blink an LED using Node.js with Johnny-Five.

Big DMD Clock that does whatever you program it to.

For those LED's a leg short of three.

Demo of I2C serial coms between the PSoC Analog Coprocessor Pioneer Kit as master and an Arduino UNO as slave.

I2C PSOC Analog Coprocessor As Master To Arduino As Slave