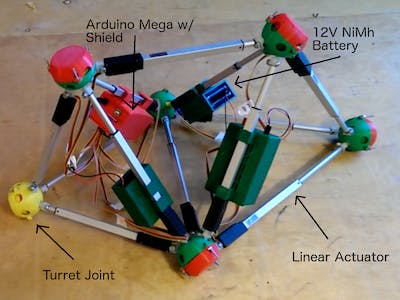 Strong like a truss but moves like a slug = Gluss. A radical approach to scalable robots that allows serious research on a hobbyist budget. 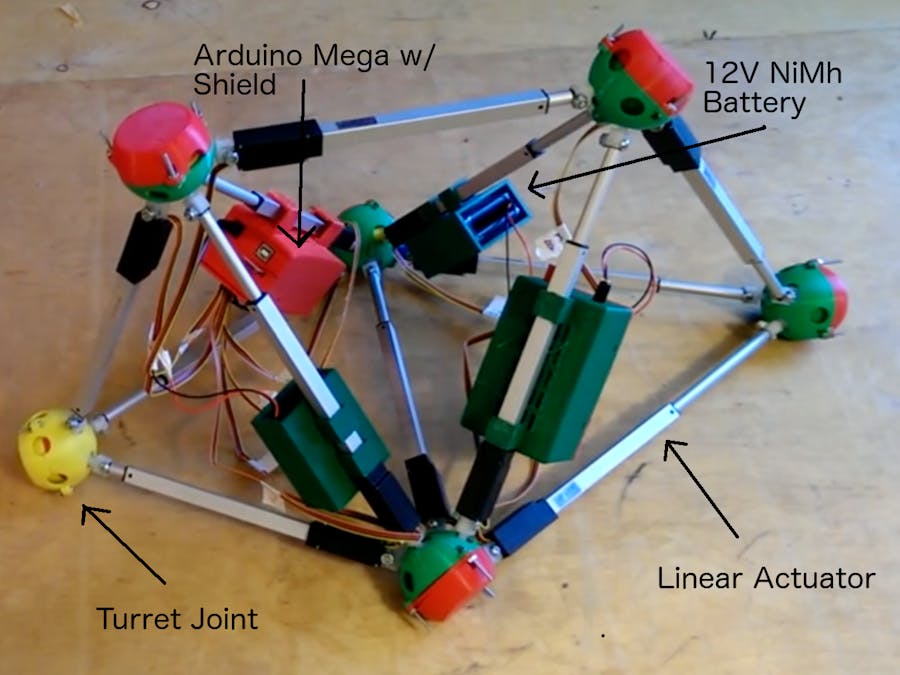 Strong like a truss but moves like a slug = Gluss. A radical approach to scalable robots that allows serious research on a hobbyist budget.

The Gluss Project seeks to build Gluss, a robotic material that moves like a slug but is strong like a truss. We are exploring using networks of linear actuators connected in triangular shapes to build strong space frames that can ooze into position. This a version of the TETROBOT concept from 20 years ago made accessible to hobbyist.

The Gluss Project is a part of Public Invention, which seeks to invent things directly beneficial to all humanity without seeking profit or patents. The project was started in August, 2015.

Currently the Gluss Project is mostly Robert L. Read, although we welcome your assistance. We have acheived a crawling robot made of three tetrahedra. Technically, this a “5TetGlussbot”, but we are seeking a more personal name.

We demoed this at the Wichita Mini Maker Faire, and were very pleased that children enjoy it.

You may wish to subscribe to our YouTube Channel, since because motion is so intrinsic to the Gluss Project, videos are good way to show what we are doing.

The 3TetGlussbot uses commercial linear acuators and the “Turret Joint”, an invention of Kwon, Song and Kim, implemented by Rob using a 3D printer. It is controlled by two Arduino Mega with an open-source shield we designed ourselves to allow up to 6 motors to be controlled with a single Mega. An Emacs lisp program communicates via bluetooth with the two controller, giving us a command line interface to control the robot.

We have drafted a technical paper describing the gluss concept and some mathematically results relating to the Turret Joint. If you are familiar with robotics conference, please recommend a place for us to submit this.

Imagine a strong, light, metamorphic robotic substance. The uses of such a substance are limited only by our ability to imagine them.

Imagine a bridge that crawls into place in a matter of hours. Imagine constructing a temporary highway overpass in 24 hours, or a pedestrian bridge for a festival in the morning that comes down in the evening.

Imagine a snake-like robot that can crawl into a collapsed building and hold the roof up while survivors are extracted. Imagine material that combines the functionality of forklift, a crane, a bulldozer and a backhoe, all in one machine. Imagine a very small gluss that crawl into and holds shut a wound, temporarily taking the place of missing tissue.

It is hard to imagine humanity exploring the stars in peace without gluss at its side.

We’ve made a couple of videos showing physcial models and discussing our motivation:

How You Can Get Involved

We want to help the world by harnessing the creativity of amateur and professional makers.

Because this is a genuine research project and everyone has different talents and interests, the best way to get involved is to email Rob <read.robert@gmail.com> directly to discuss what you are most interested in.

Support us on Social Media

If you aren’t ready to contact us directly, you can support us via social media by:

You may want to build your own Glussbot for a playful or serious purpose. All of files needed to do this are published in our various GitHub Repos. The total process is not yet well-documented. It would be a great service to the project if someone would make or assist us in making an Instructable about any phase of the project. The Bill of Materials is about $1300 for the 3-TetGlussbot. We will happily assist you in this to improve our documentation.

As part of this work, we need a Bluetooth-enabled microcontroller that could control up to six 0.6-amp motors. Our approach was to design an open-source shield for the Arduino Mega. Any one can freely reuse this design or can order the board from OshPark and then solder it together themselves. We are unaware of any similar 6-channel controller. Promoting our controller helps promote the Gluss Project.

Some specific things we need…

These are issues in GitHub. The GitHub systems allows you to comment on them, ask questions, and even assign them to yourself.

Subprojects Spawned from The Gluss Project

The project has done a number of things so far that might be useful to others in some way. Everything we do is freely resuable under various licenses.

The Intellectual Underpinnings of The Gluss Project

Like most ideas, the idea of gluss is a melding of several pre-existing ideas:

Next Steps and Research Directions

We need a software-only simulator so that gaits and other forms of motion can be investigated and developed without having to actually have Glussbot. Ideally this would have a 3D rendering display and allow both programatic and interactive design of motion.

Build a physical model with sensors

It would be magical to control a Glussbot by holding in your hands a small model of the robot that you can move and reshape. Such a model would not need acutators, but each member would need to sense and report its length. Then a change with your hands would immediately create a change in the Glussbot, allowing you to control it elegantly.

Although the turret joint is a valuale embodiment, it may be possible to build a larger version of the magnet-and-ball-bearing system known as “Geo Mag”. Nothing is stopping us from testing this but the time it takes to develop mounts that holds magnets and mount to the Firgelli actuators.

Our immediate plans are to build a 5-tetrahedron Glussbot and explore if it can crawl faster than the 3-Tet system. However, we could build and control significantly larger systems.

It is interesting to investigate what is the smallest Glussbot system we can construct.

Build a Glussbot out of Hydraulic Actuators

Some gluss constructed out of the enormously powerful hydraulic actauators used on backhoes and bulldozers would be a fascinating machine, if only as an art project. Possibly the simple attachmend of a bulldozer blade would create an interesting machine that would actually be useful.

The current control system is very primitive, although it is able to accomplish crawling. It is now clear that we need a way to express and think about more complex and smooth motion over time—the choreography of a gluss dance. This math would be applicable to other sorts of robots as well.

This is project is a part of Public Invention (PubInv), a nascent organization that needs your energy and talent. Contact Us.

All materials produced by PubInv are free and open-source, and licensed either with the GPL (for code) or the Creative Commons Share Alike v 4.0 licenese (for text and designs.)

This file and all PubInv materials by Robert L. Read by default is licensed under a Creative Commons Attribution-ShareAlike 4.0 International License.

Download
This is a technical paper describing the whole project. 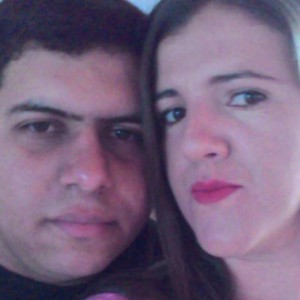