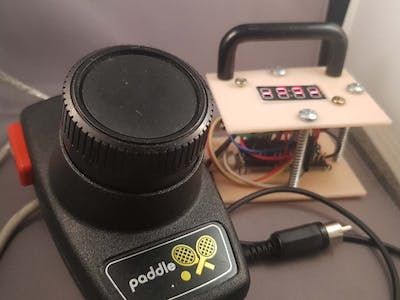 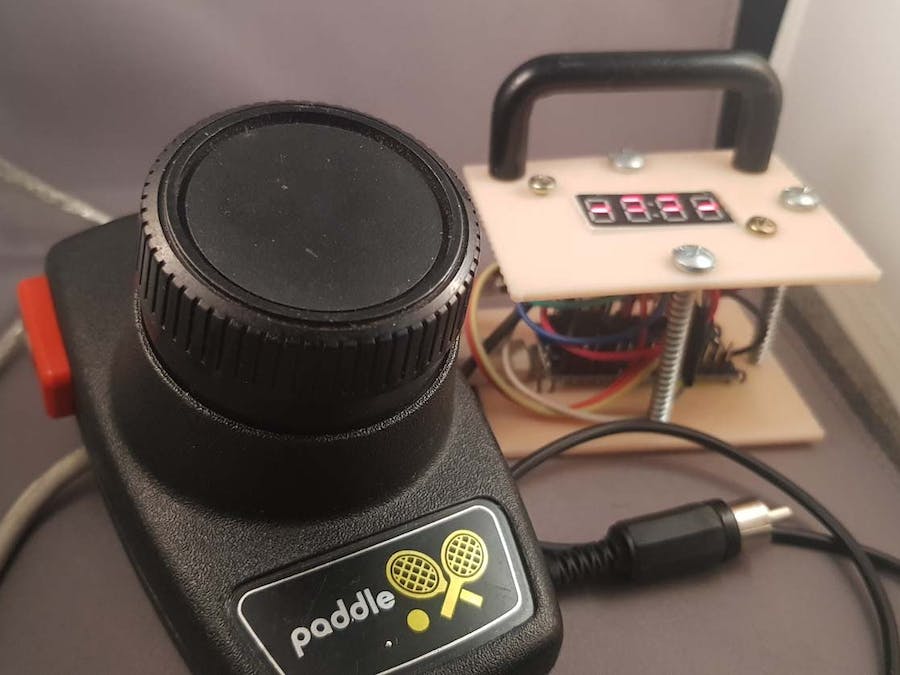 Old Atari Paddle Joystick as a Chiptune Sequencer © CC BY

Long before Playstation 5 there was a great game console named Atari.

I’ve found a pair of Atari Paddle Joysticks and since I don’t have the console anymore I’ve decided to use them for a new project: a micro Chiptune sequencer.

Inside the Paddle control there is a button and a potentiometer. Both can be easily connected to Arduino. I’ve removed the original cable and with the help of a broken USB cable I’ve connected 5V, A0, D2 and Ground to an Arduino Nano Clone.

How is the Atari Paddle Micro Chitpune played?

There are 10 sounds available that can be selected with the wheel. Then button is used to assign the current sound to current beat. So, if the machine is going through beat #1 and you press the button and the wheel is in position 1, a blast sound will be assigned. Next time the Chiptune sequencer goes over beat #1, that blast sound will appear.

Potentiometer range goes from 0 to 1024 so it is mapped to 0-10. It is possible to add more chiptune sounds but in that case more memory will be required so consider Arduino Uno or even MKR Zero with microSD card.

The enclosure was made with 2 Fusion 360.

Where to go from here?

When quarantine is over I will change the Arduino board to include more memory and then take this little machine to a Chiptune concert.

Demo of Chiptune sequencer with Arduino and Atari 2600 Paddle control

A song recorded using only Arduino based instruments?

This synth was used in Room 641, the first song recorded using only Arduino based instruments

More information in this link https://medium.com/@Bandini/can-you-make-a-song-using-only-arduino-instruments-1fe4fb8d016c

This Coronavirus Doorbell will detect people with high fever outside your home.

Project in progress by Roni Bandini

Based on Roald Dahl short story, this machine will let you "hear" plant mood according to soil moisture.

A DIY version of Atari Punk Synth with minimal stuff.

What can you do in quarantine when all you have is an old Arduino Uno and some knobs? Check out the simple - but still fun - drum machine.