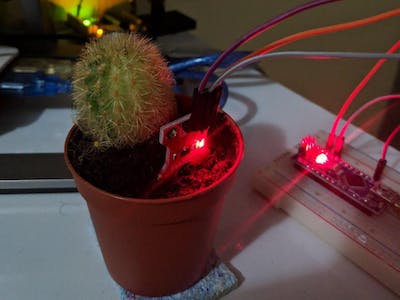 Cactus that tweets when it needs water

How its made: Talking Cactus 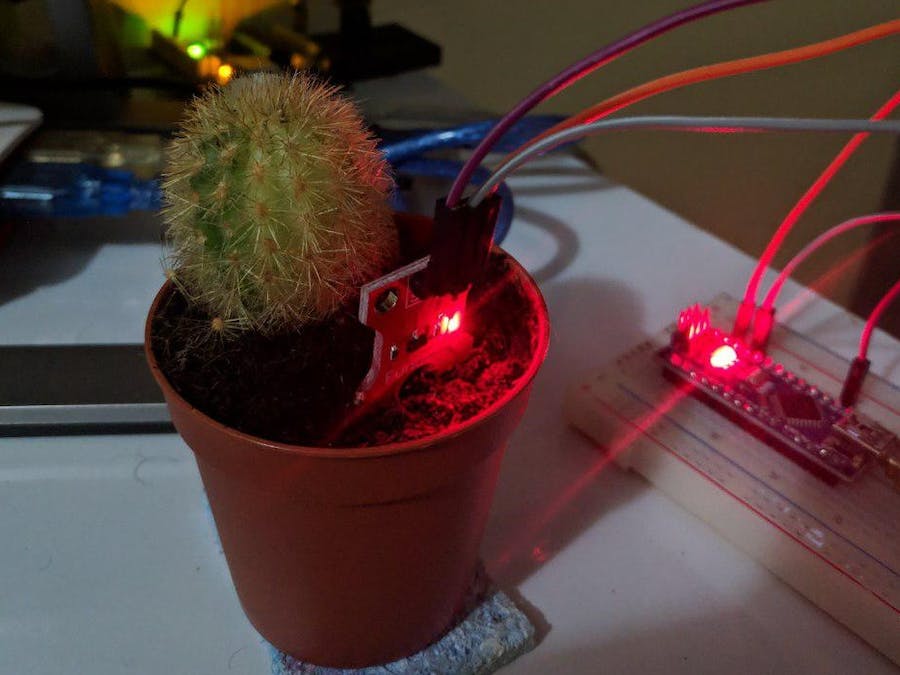 How its made: Talking Cactus © MIT

Cactus that tweets when it needs water

This is a mini project I made for fun. It was done at the beginning of this year and I thought I should share the story behind the making of this. It’s a cactus that tweet when it needs water :P. The idea started as an inspired project. I was watching a ted talk called How Arduino is open-sourcing imagination. The video is shown below.

The guy who gave the speech showed a plant which is connected to an Arduino. Arduino measures the well being of the plant and sends tweets about it using the twitter API. Its a really interesting talk.

I thought about the concept for a while. And I wanted to make my cactus to tweet when the plant needs water. I had a soil moisture sensor laying around and the code side of things are really easy to make. The first thing I did is make a twitter account named buttercup cactus and register as a developer and I got the API key from the twitter that I need to integrate into my application. The only thing I had to do was to read the soil moisture level of the soil and send the data through Serial. The Arduino is connected to my laptop and I used python to read the serial data sent by the Arduino and run a condition to see if the water level is below a certain value. If its below that value the python script calls the Twitter API with the Message saying:

Here is a screenshot:

The thirsty level is the water level in the soil which is sent by the Arduino after reading it through the soil moisture sensor.That’s really is there to it. Nothing complicated. This was just a fun project I wanted to try out. Let’s make your plants come to life :)

I love to challenge myself because it helps me to keep improving myself and also to learn new things. and also to make cool things. I am no expert in these things. I am still learning. Almost all the stuff I learned from the internet and tutorials. Anyone could learn to make creative and cools things. You just need determination, Curiosity, and an open mind. If anyone of you is interested to make your plant come to life I left the codes I used down below. Feel free to edit the codes or to use them. Unfortunately, the cactus died. I forgot to water it :(

I have left some comments to state what the code actually does.

Personal details are set according to your API credentials.

This tutorial demonstrates how to make a plant talk on Twitter through Sigfox network.

Project in progress by adamneareva and Fabio Cardoso

This is an automatic system controlled by an Arduino 101 that improves plant quality in our modern, urban society.