The facial recognition is a very useful tool incorporated in many modern devices to detect human faces for tracking, biometric and to recognize human activities. In this project, I have used the OpenCV's Harr cascade classifiers for detecting human faces and pan/tilt servo mechanism to track the user's face using Arduino UNO.

These coordinates are passed to the Arduino UNO using the pyserial library when the face is detected. The servo's connected to the Arduino provides a pan/tilt mechanism where the camera is connected to one of the servo. When the co-ordinates of the face is away from the center, then the servo will align by 2 degrees(increment or decrement)to bring it towards the center of the screen.

The function used for face detection is cv2.CascadeClassifier.detectMultiScale() with the 'scale factor' value as 1.1(default) and 'minNeighbour' value as 6. This returns the cartesian coordinates of the image along with the height and width. Increasing the 'minNeighbour' can improve facial detection but sacrifices in execution speeds which would lead to a delayed response from the servo. Thus, the value 6 seemed optimal.

In-order to have a precise facial recognition, a plain background would be recommended as I faced some false detection due to the curtains in the background.

OpenCV returns the face coordinates in terms of pixel values. By default, the video resolution is set to 640*480. The coordinates describe the top-left pixel values(x and y) along with the height and width. I have used the center coordinates of the face for reference and can be calculated using x+width/2 and y+height/2 and can be seen as a green dot. These coordinates are sent to the arduino for moving the angle of the camera.

I found this part challenging as I tried many ways to send the coordinates sequentially to the arduino but the response was slow. After spending hours figuring it out, I began looking for similar projects online until I found this project(here). It made me aware of the Serial function Serial.parseInt() which takes integer inputs from an incoming serial of bytes(check here). My approach towards sending the serial data is similar to the one used in that project.

I have attached the horizontal moving servo on the shaft of the vertical moving servo in which the camera is mounted. All the attachments are made using simple rubber bands(I would not recommended it as I made use of existing material available at home).

As I am using 2 servo's for tracking, an additional 9V supply would be recommended (by means of an adapter) to the Arduino to provide sufficient current for both the servo's. In the absence of it, I have noticed some sort of vibration in them without making them move.

This project requires pyserial and opencv libraries which I have downloaded using pip. My current python and OpenCV version is 3.8 and 4.4.0, so make sure you have a similar or a higher version. Also make sure that the XML file for face detection is saved in the same directory which contains the python script.

The python script also requires some modification(in line 9)by entering the correct COM port of your arduino before execution.

Here is a video(gif) captured by the camera tracking my face. 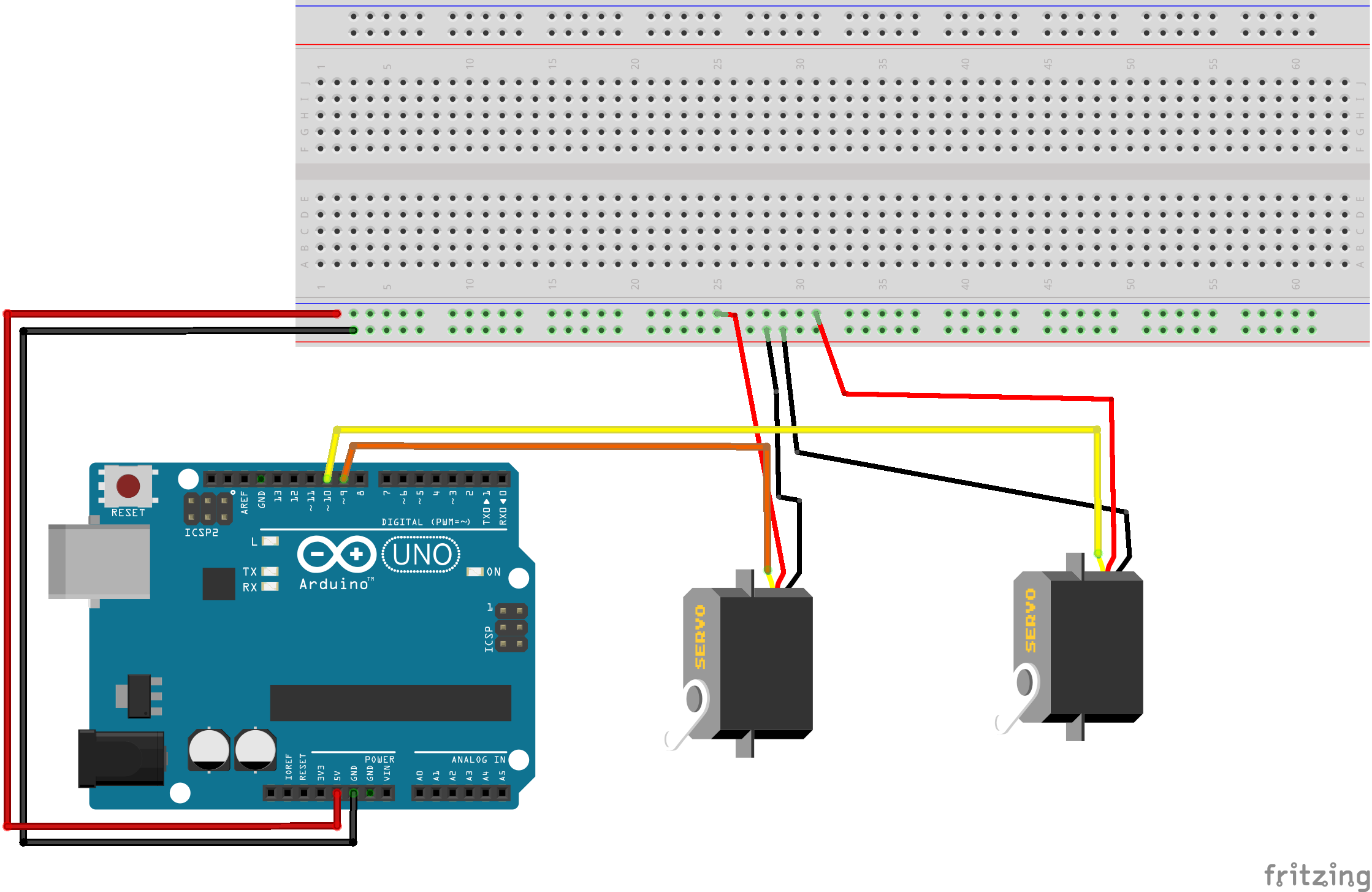 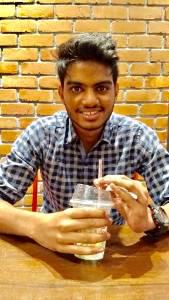