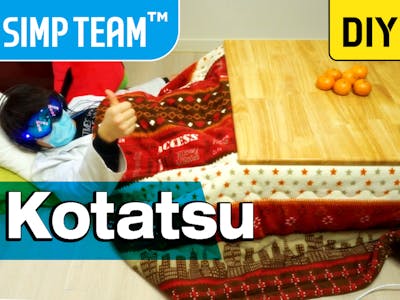 How To Make an Arduino Japanese Kotatsu (Heating Table) 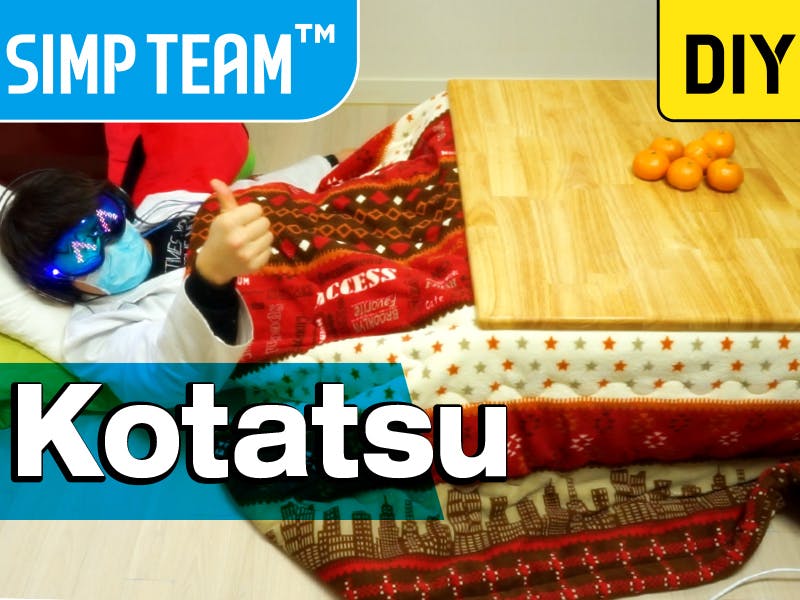 What is a Kotatsu?

Before explaining this work --- first let's get to know what [Kotatsu] is. 'Kotatsu' is a Japanese heating appliance. In other words, the heater built in the table, covered by thick blanket which makes sure the heat inside won't escape. If you are familiar with Japanese culture, they are very often found in various drama, movies, animation, cartoons etc. In Japan, floor heating system is not commonly used, so heating mat and kotatsu are mainly used in winter to keep people warm. It is often expressed like: [the table that you can never get out of, once you go in]. In other words, warm temperature of the kotatsu is maintained continuously, and once entered, one can not just escape from its warmth. picnic in a warm spring will be a neat metaphor. However, it is simply the best item of winter in seat culture.

This kotatsu is the world's first [incandescent light bulb type] of the kind we made. Strong rubber woods are used, and because we used incandescent bulbs, it has around 50~70 Wh of power consumption which is considerably low-power. Also, the gadget is made out of Arduino, it is easy to make.

Operation is completely safe because relay switch is applied together. However, being very fastidious people about safety and to prevent any tiniest possibilities of fire, there are couple of built-in safety devices:

[Incandescent Lightbulb Arduino Kotatsu] can be useful not only in oriental floor-sitting culture but also in western table-chair-sitting culture. for example it can be also good to apply this in a normal table, or a desk.

We proactively recommend it to use it in cold regions.

The incandescent lightbulb Arduino Kotatsu is a heating appliance, which applied the idea of heat convection principle.

Think blanket (futon) is placed on the table, and on there top plate is attached. then the internally-generated-heat maintains sustained warmth, which allows it to operate with low power consumption. 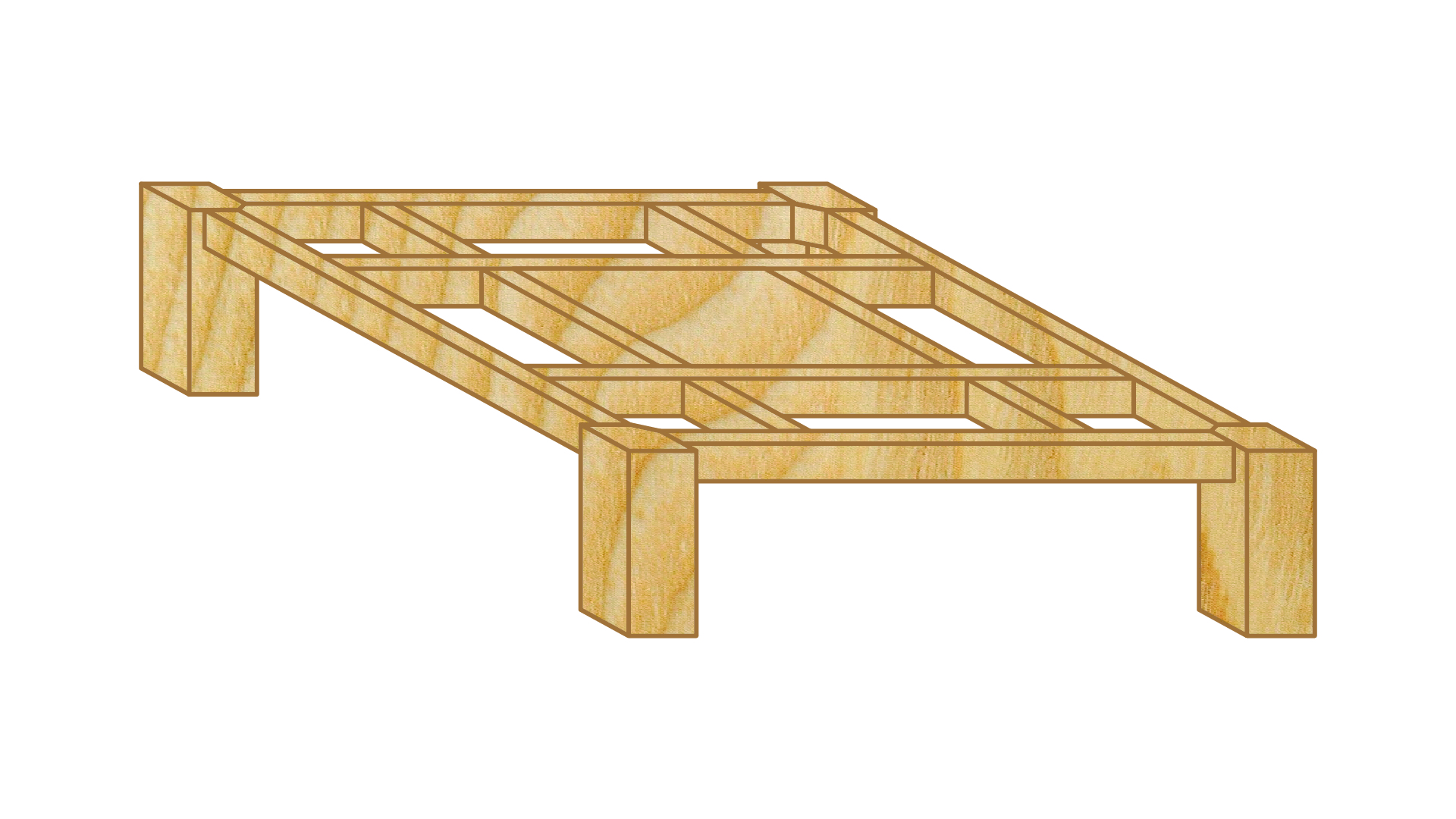 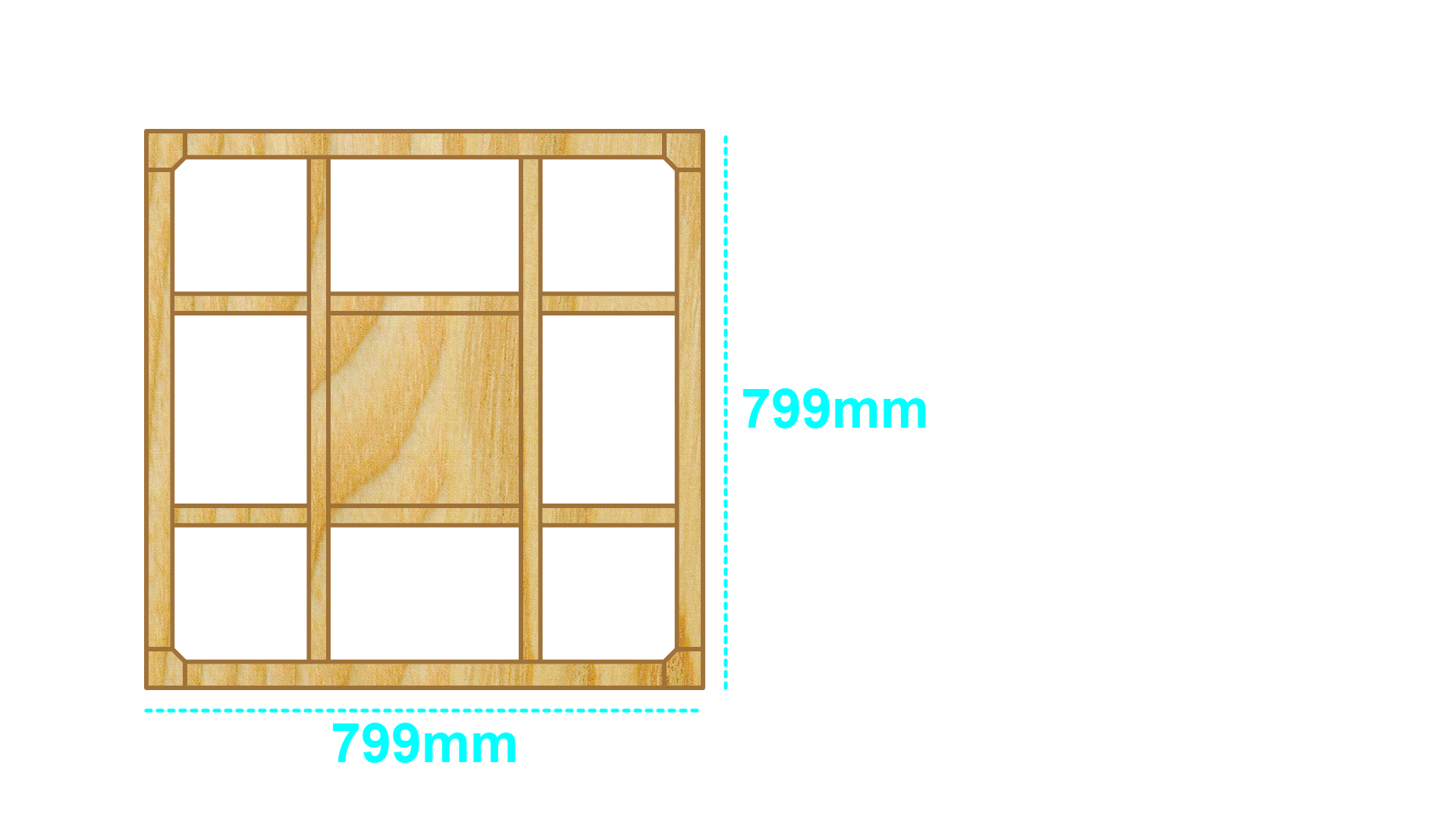 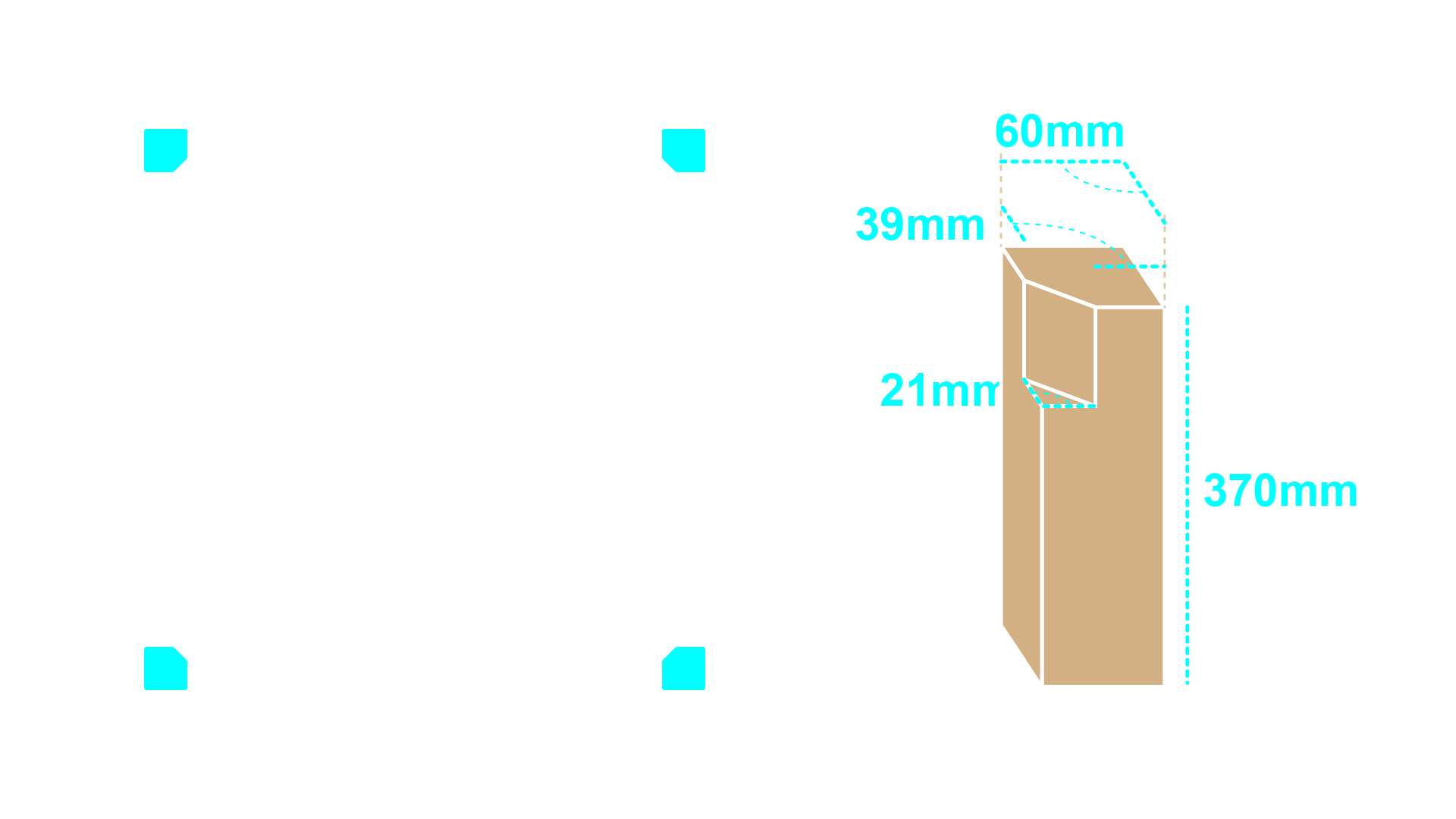 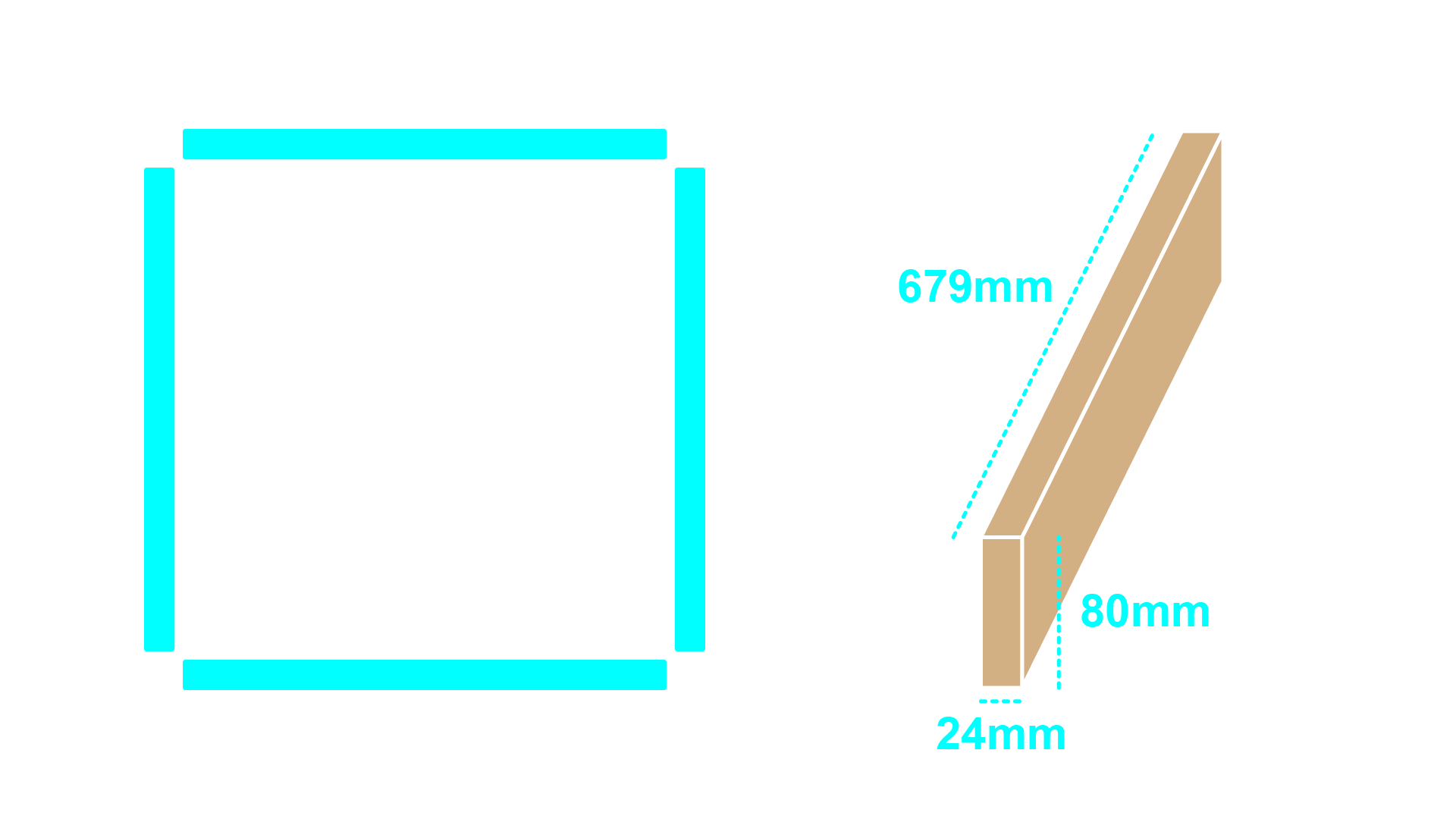 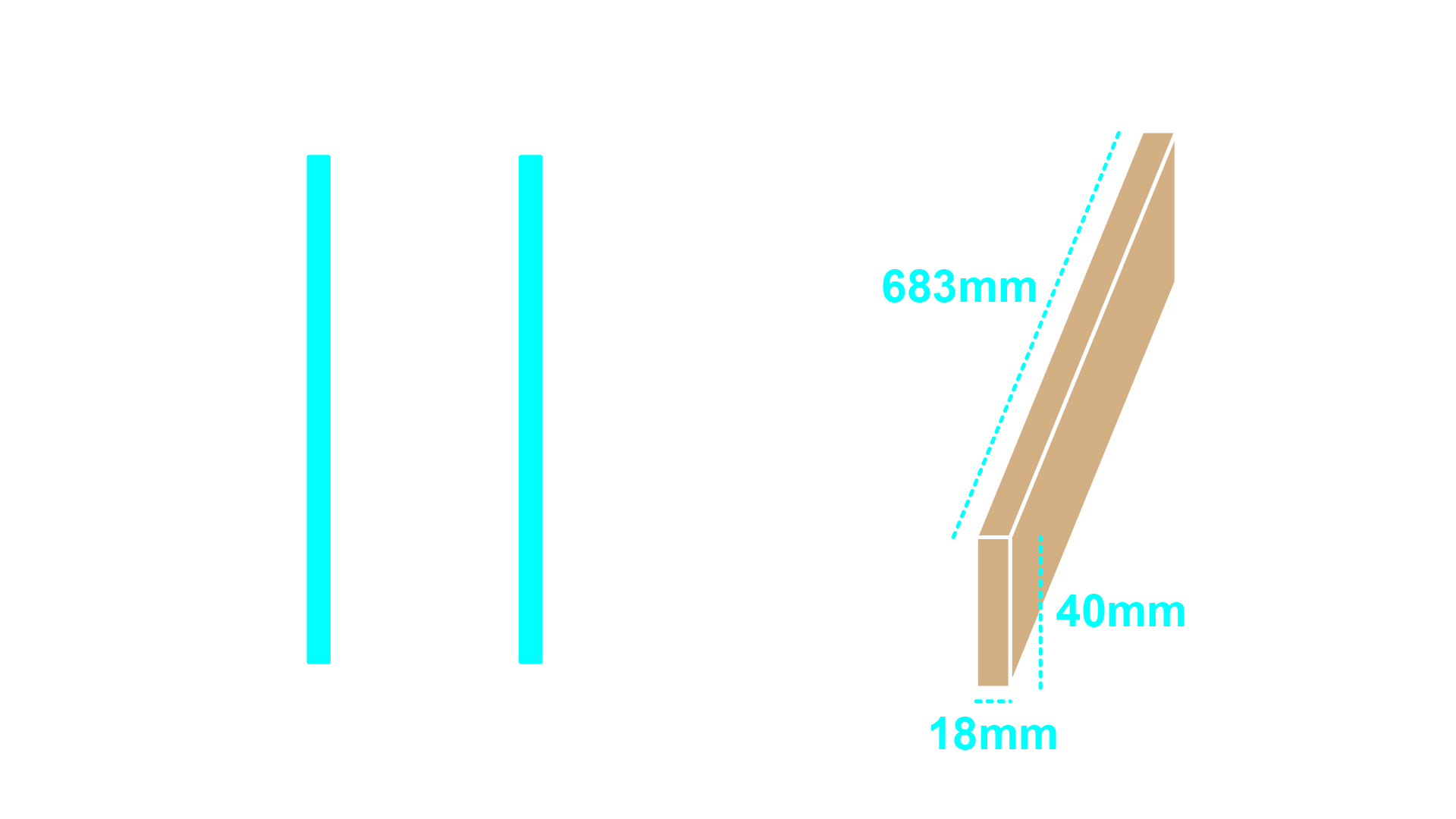 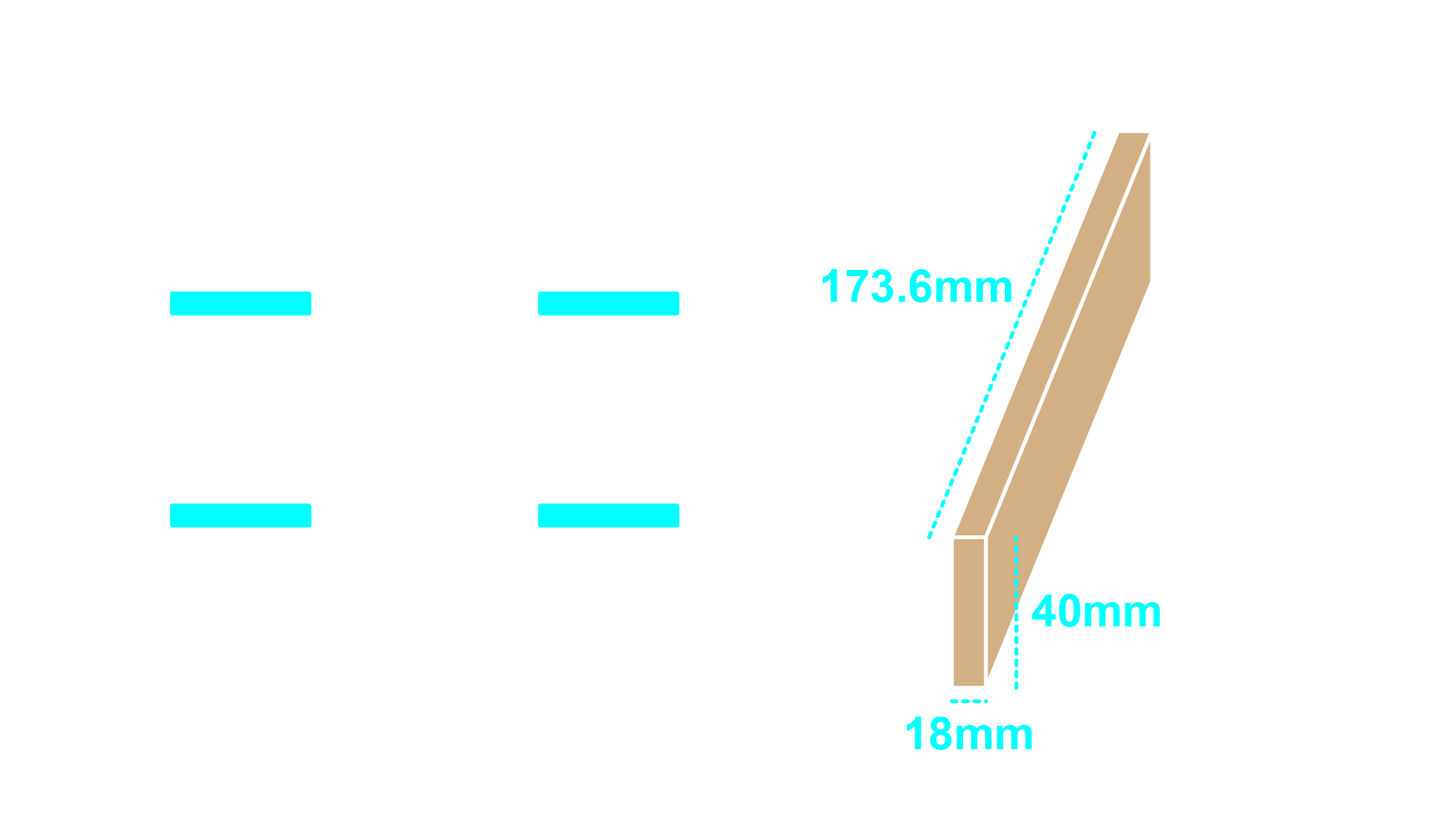 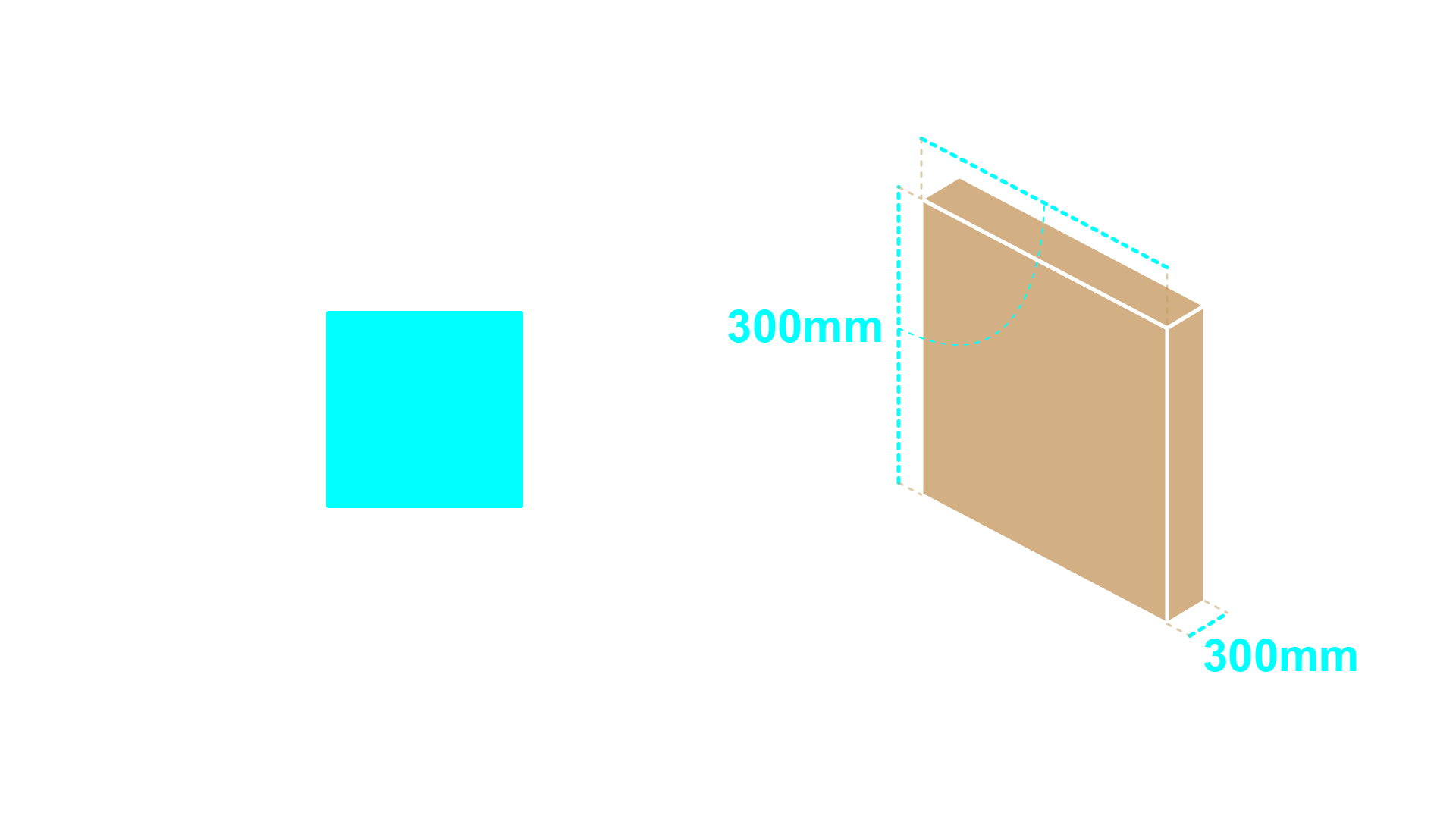 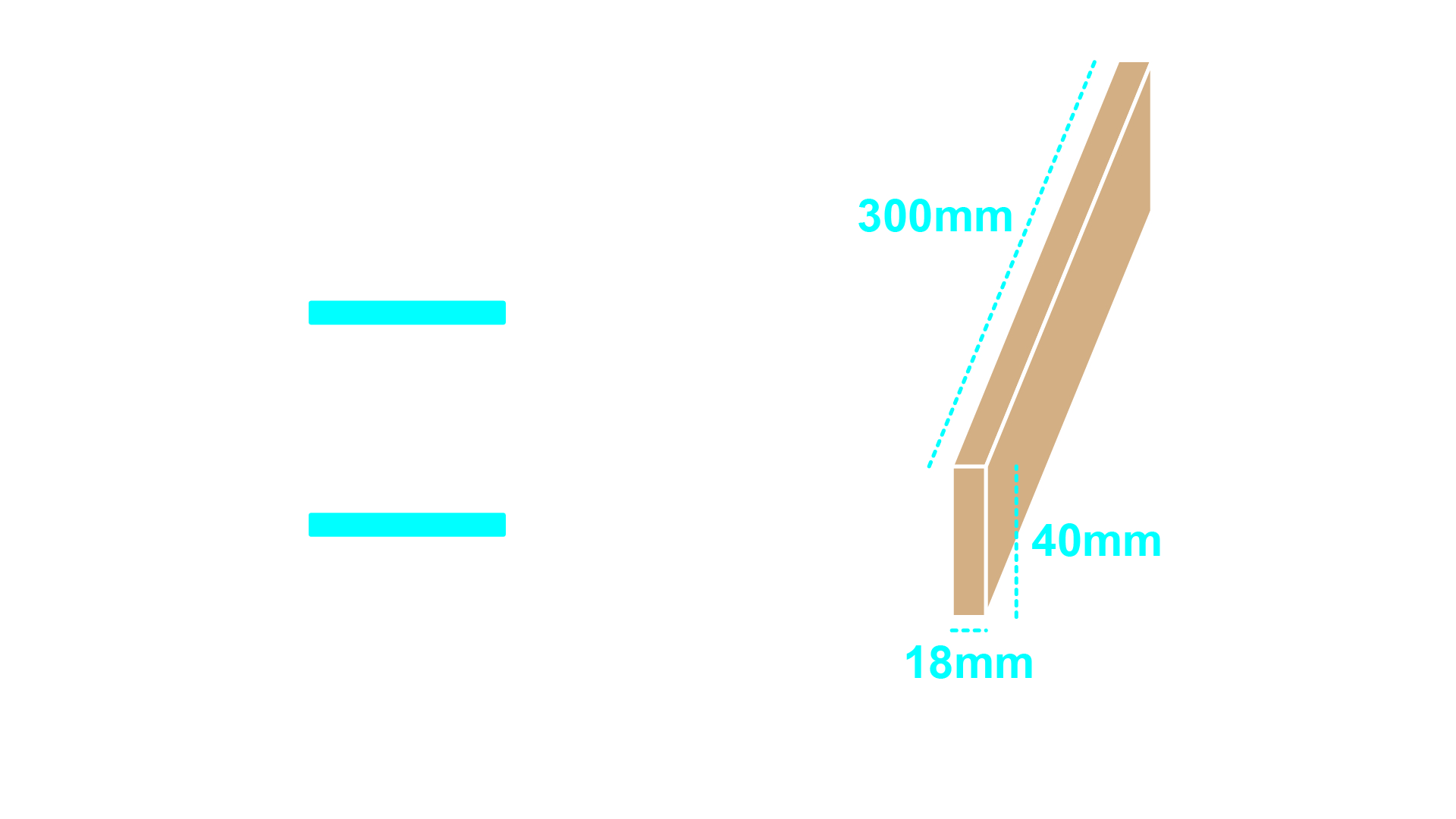 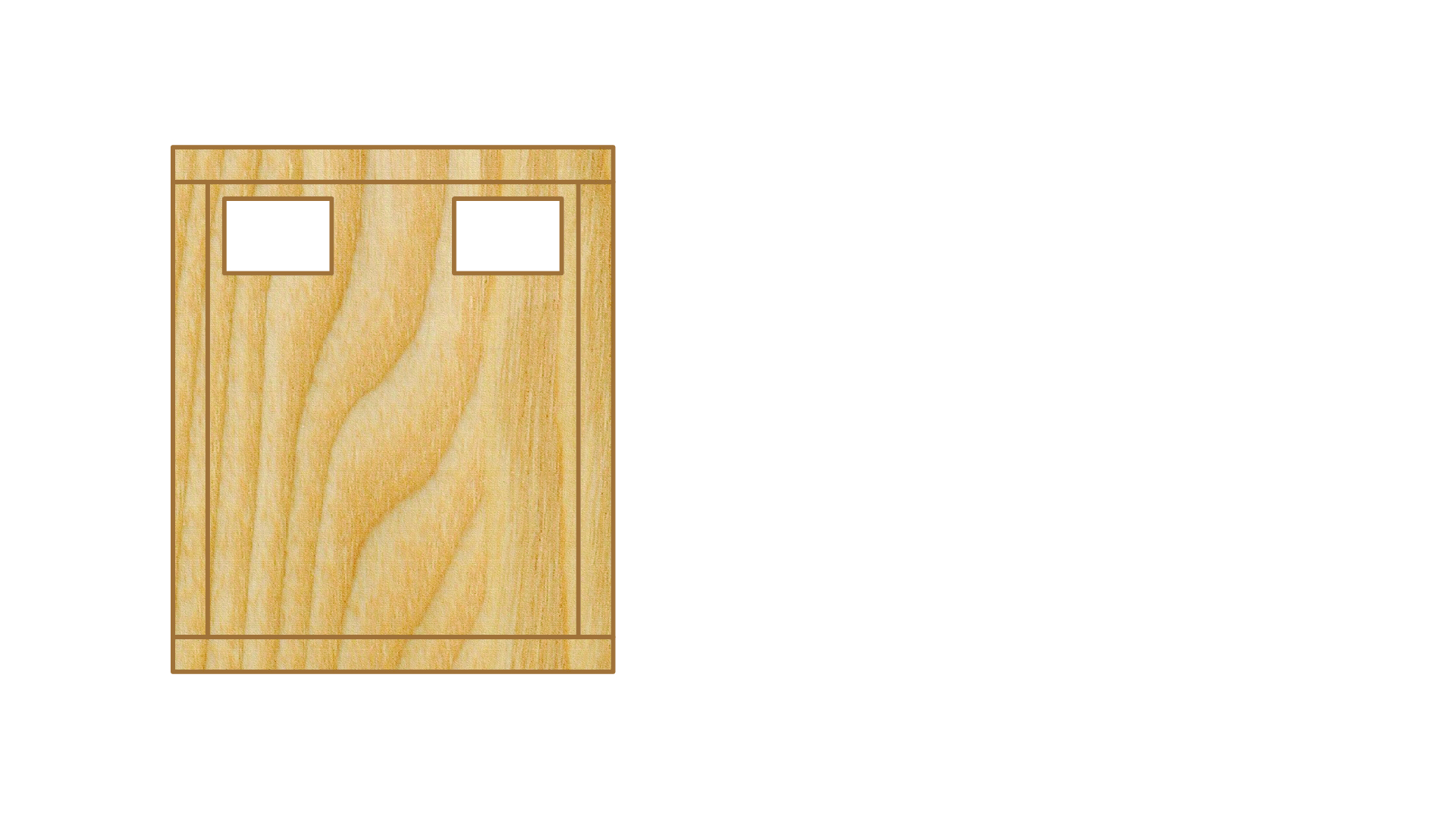 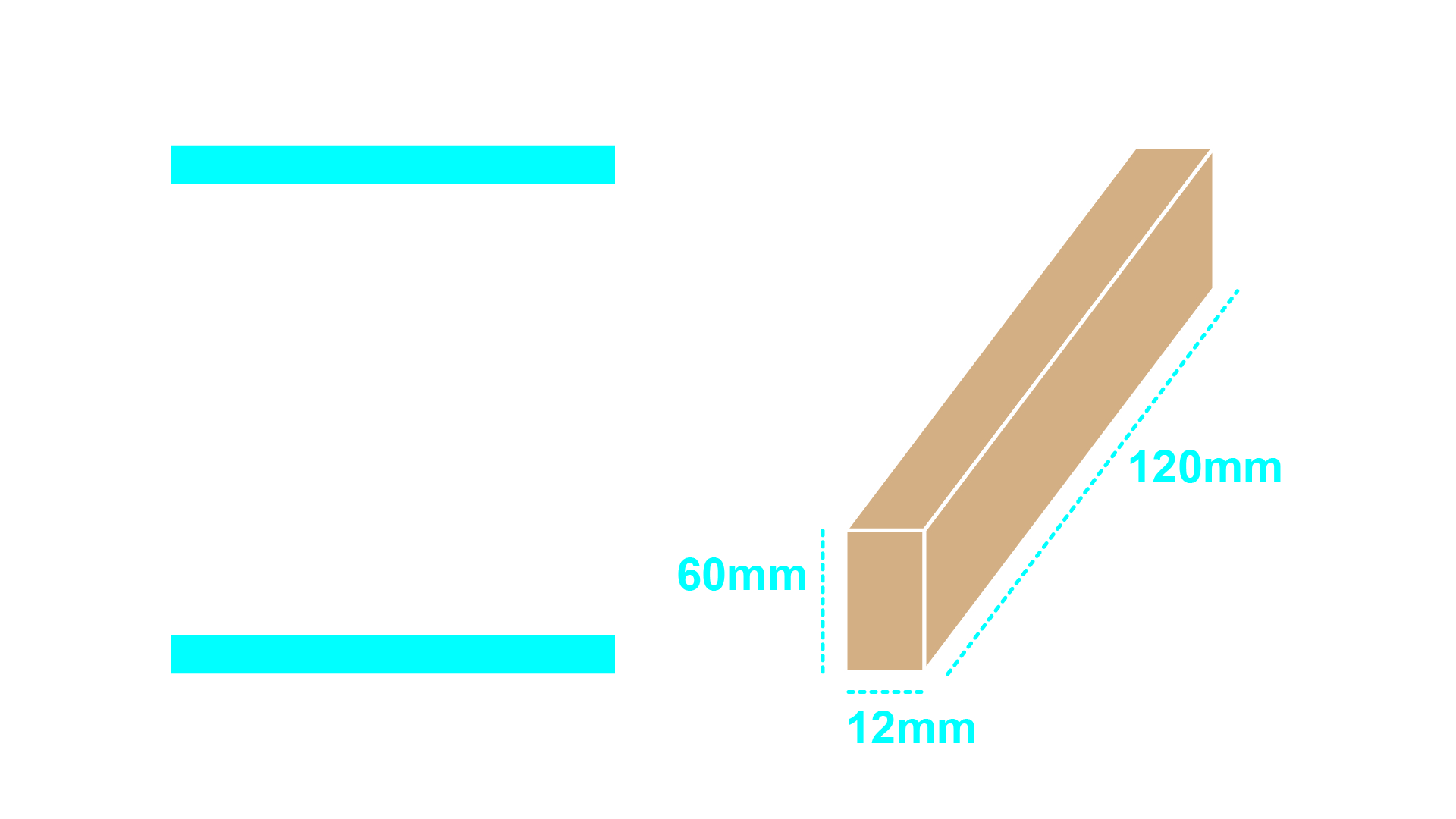 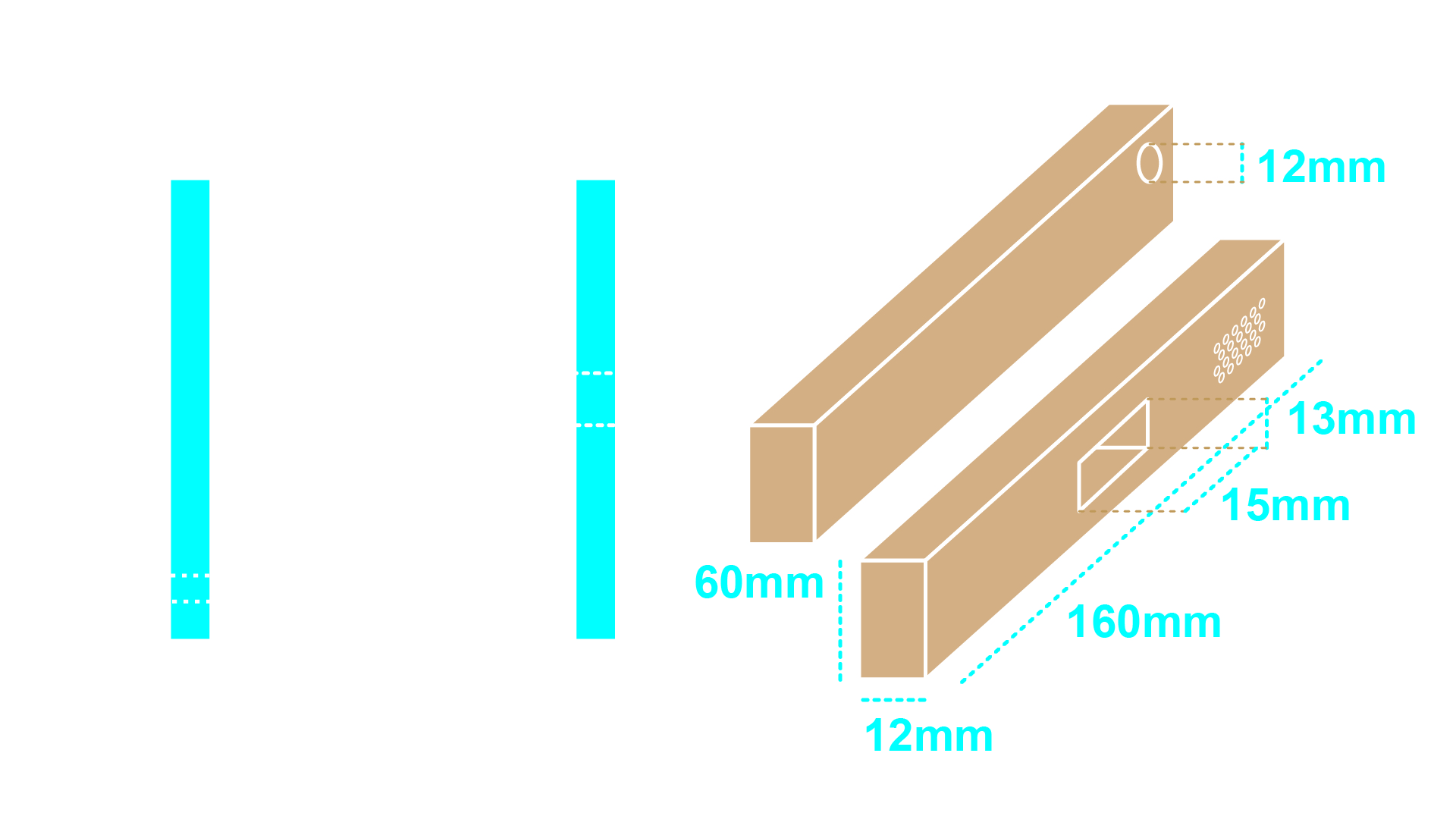 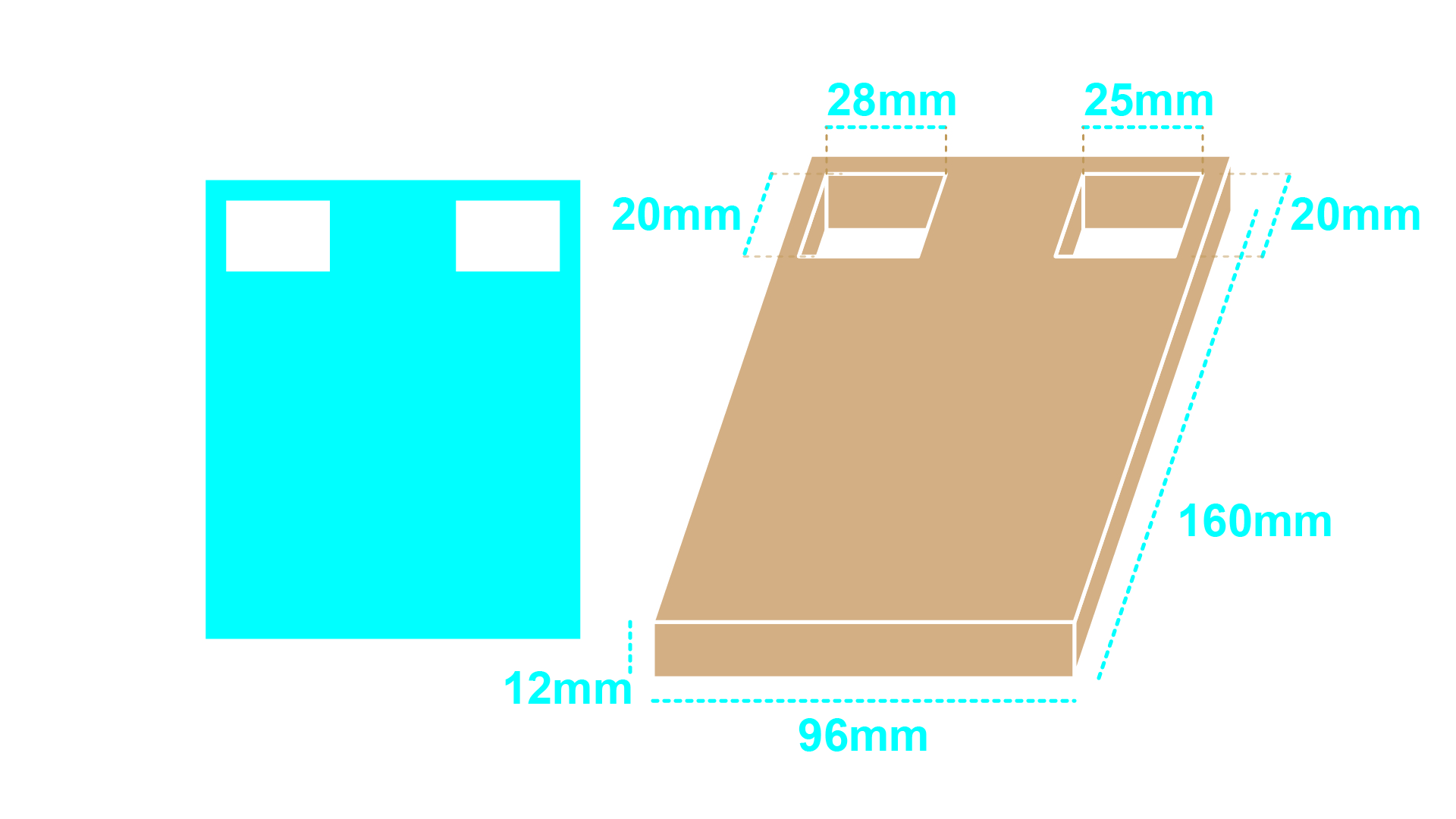 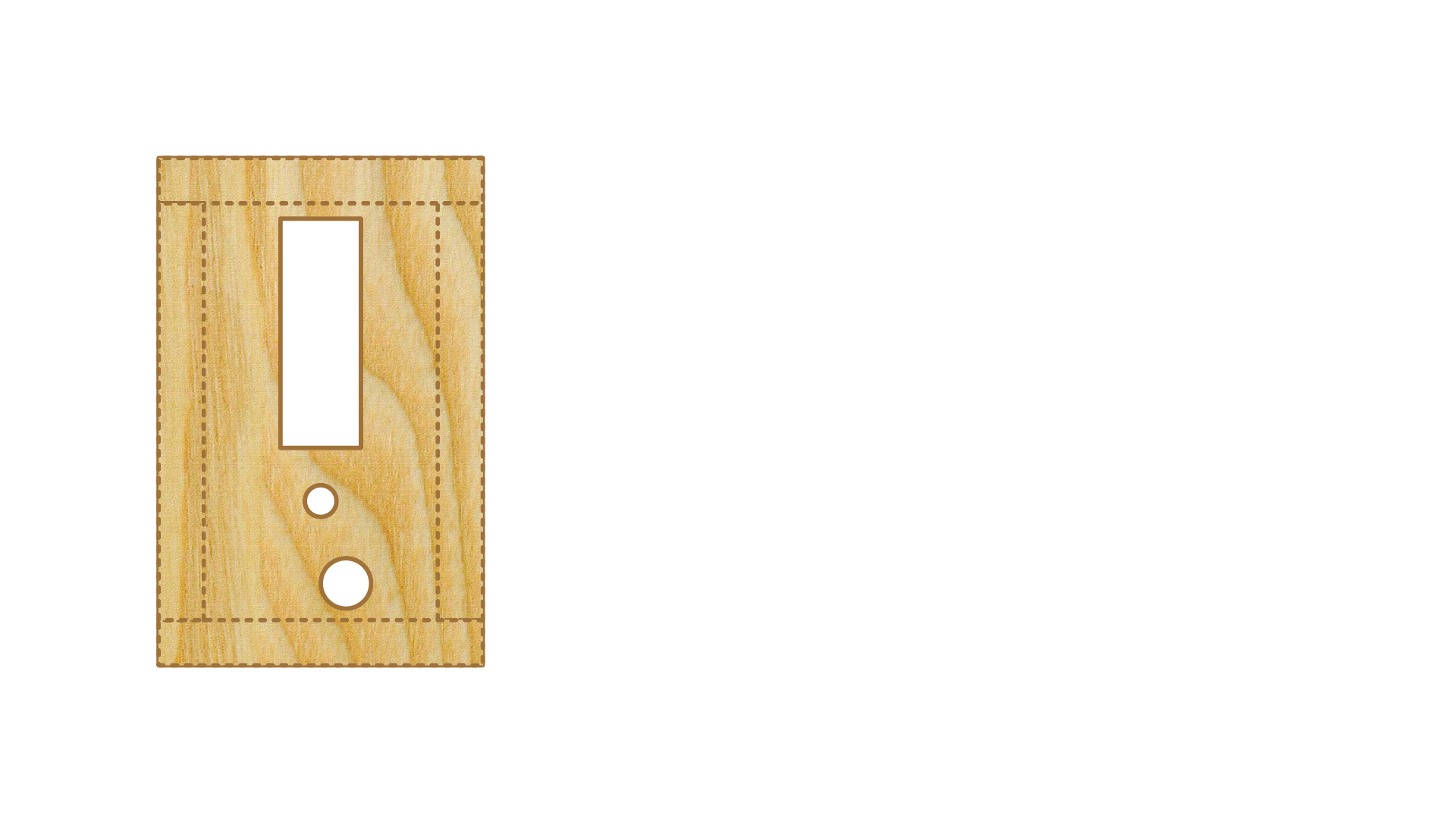 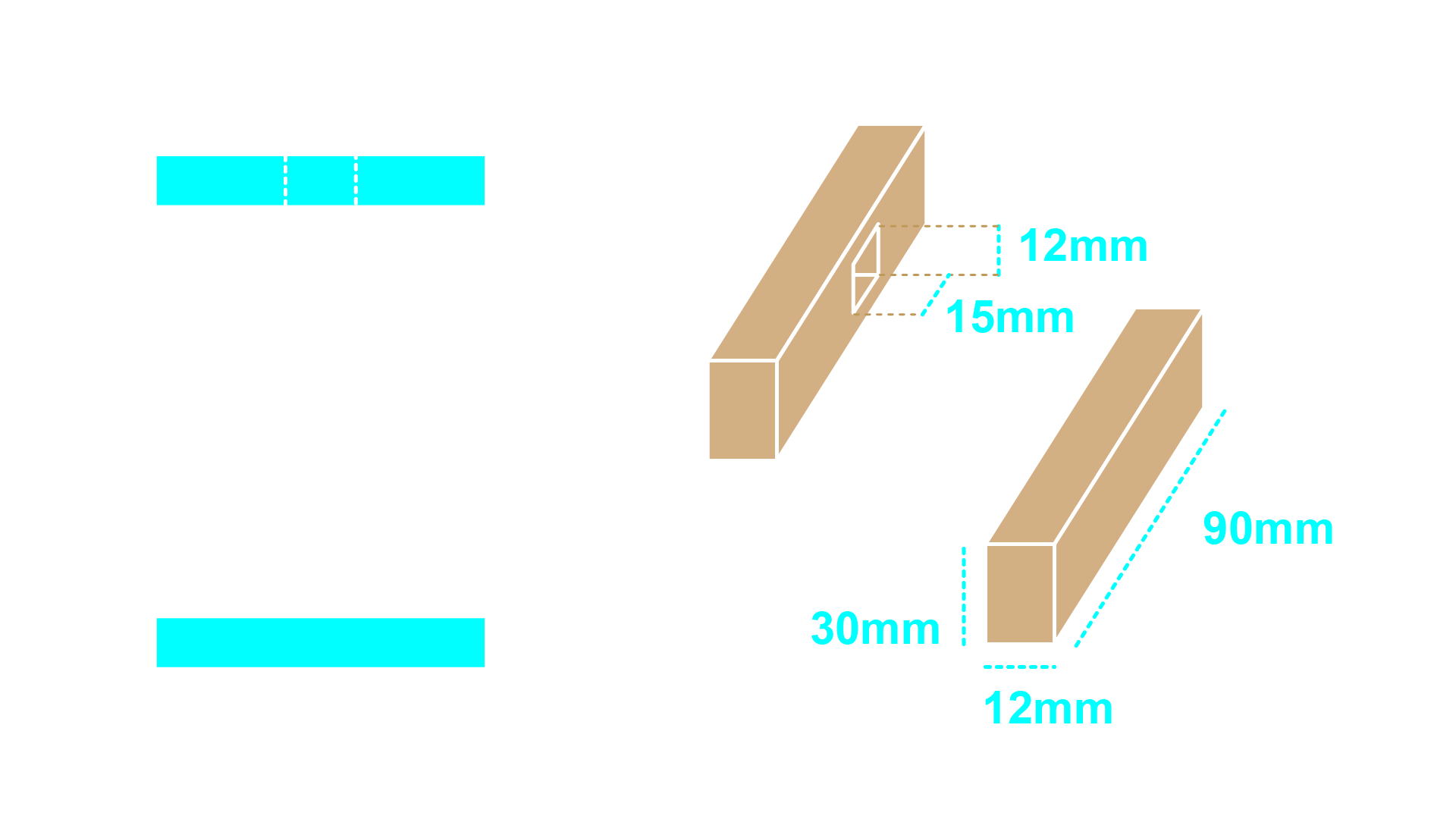 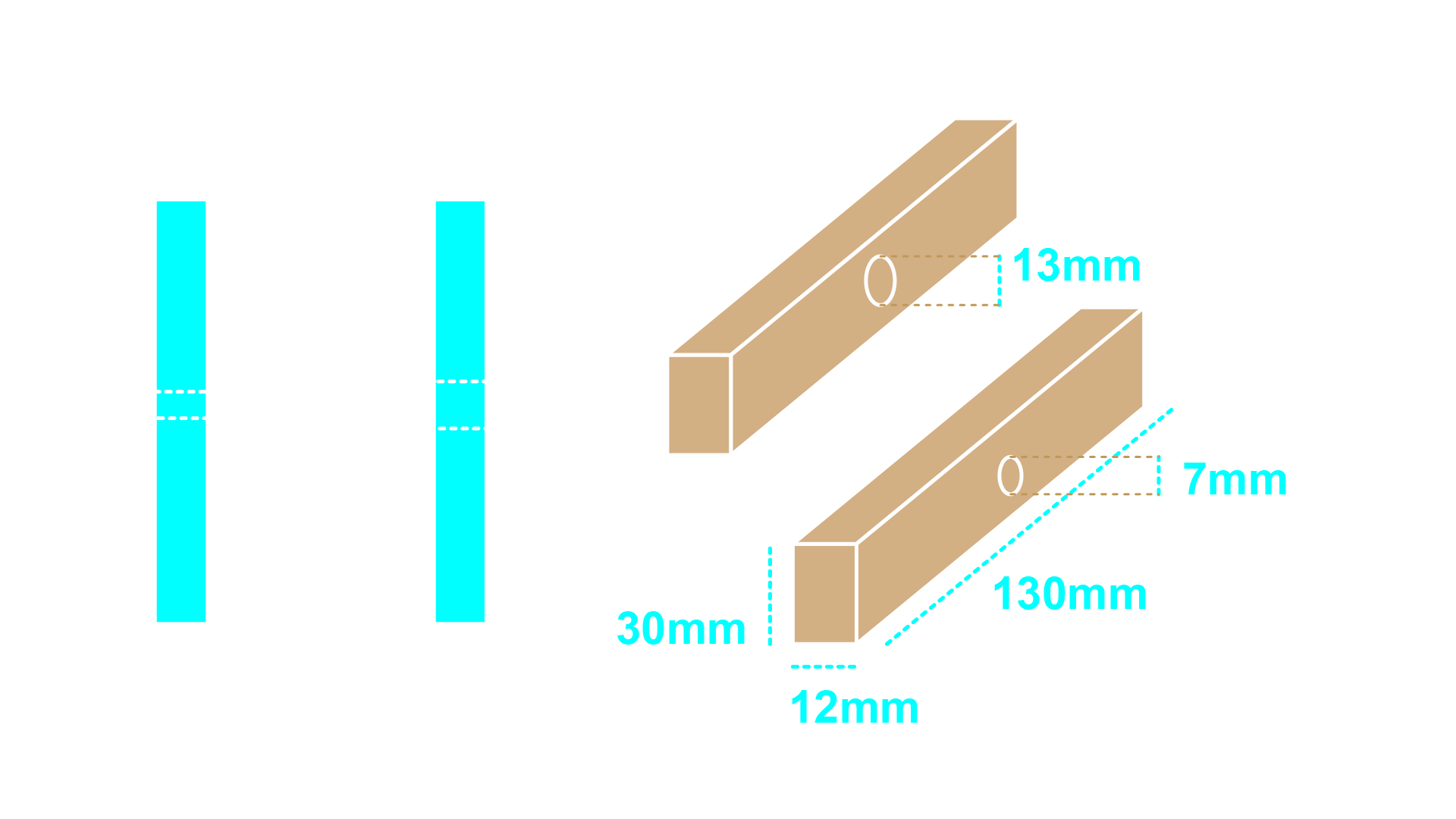 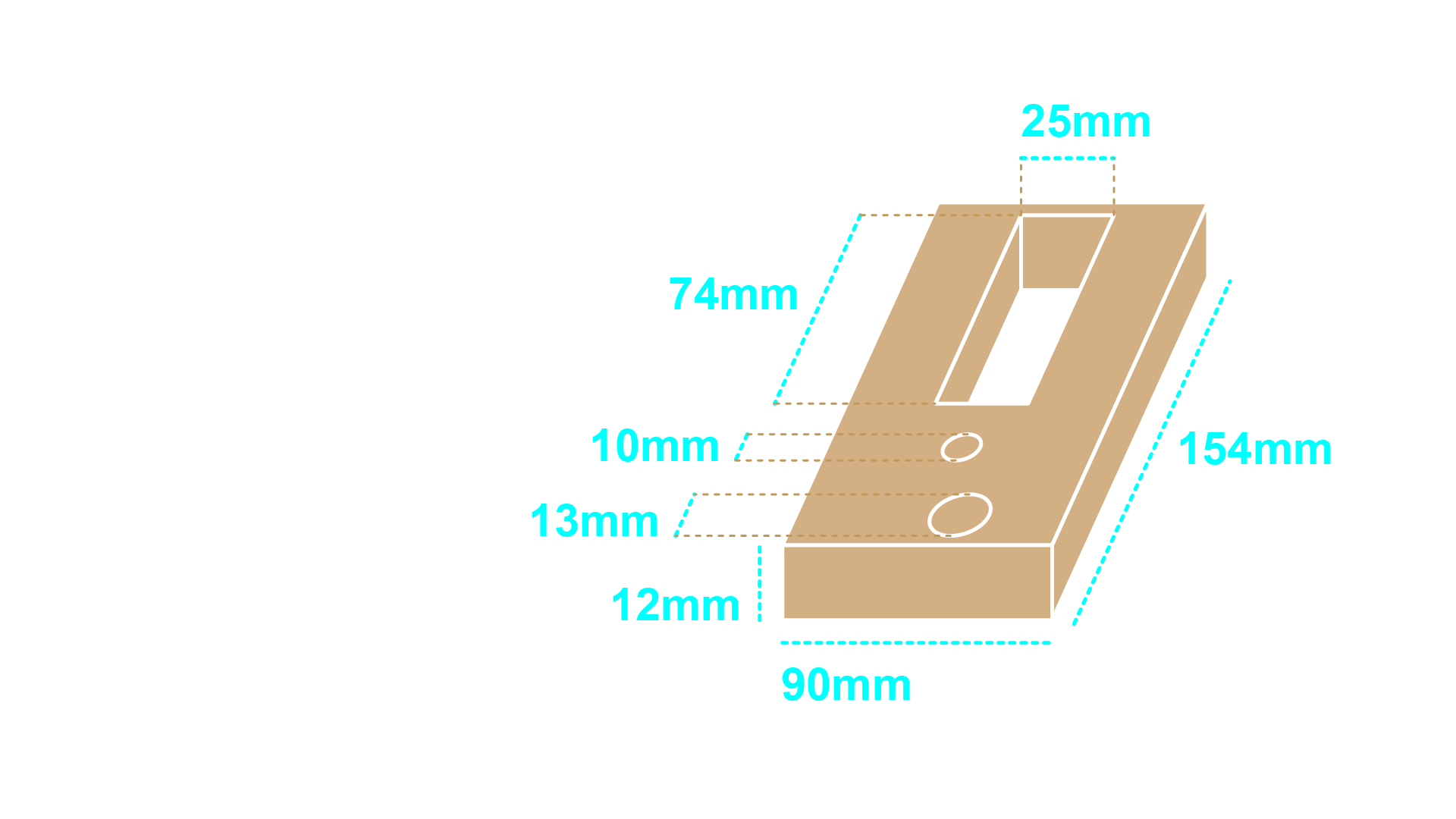 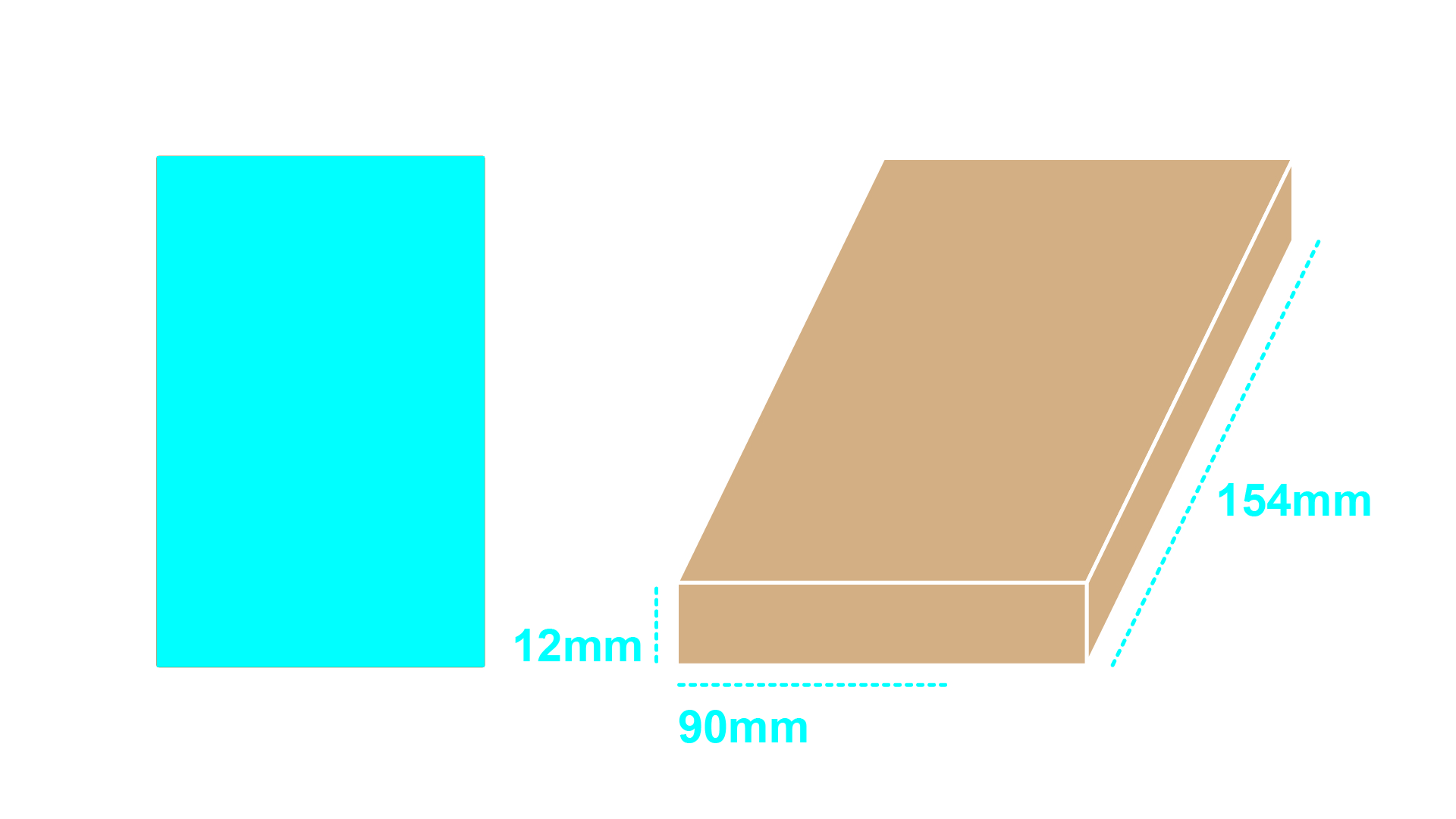 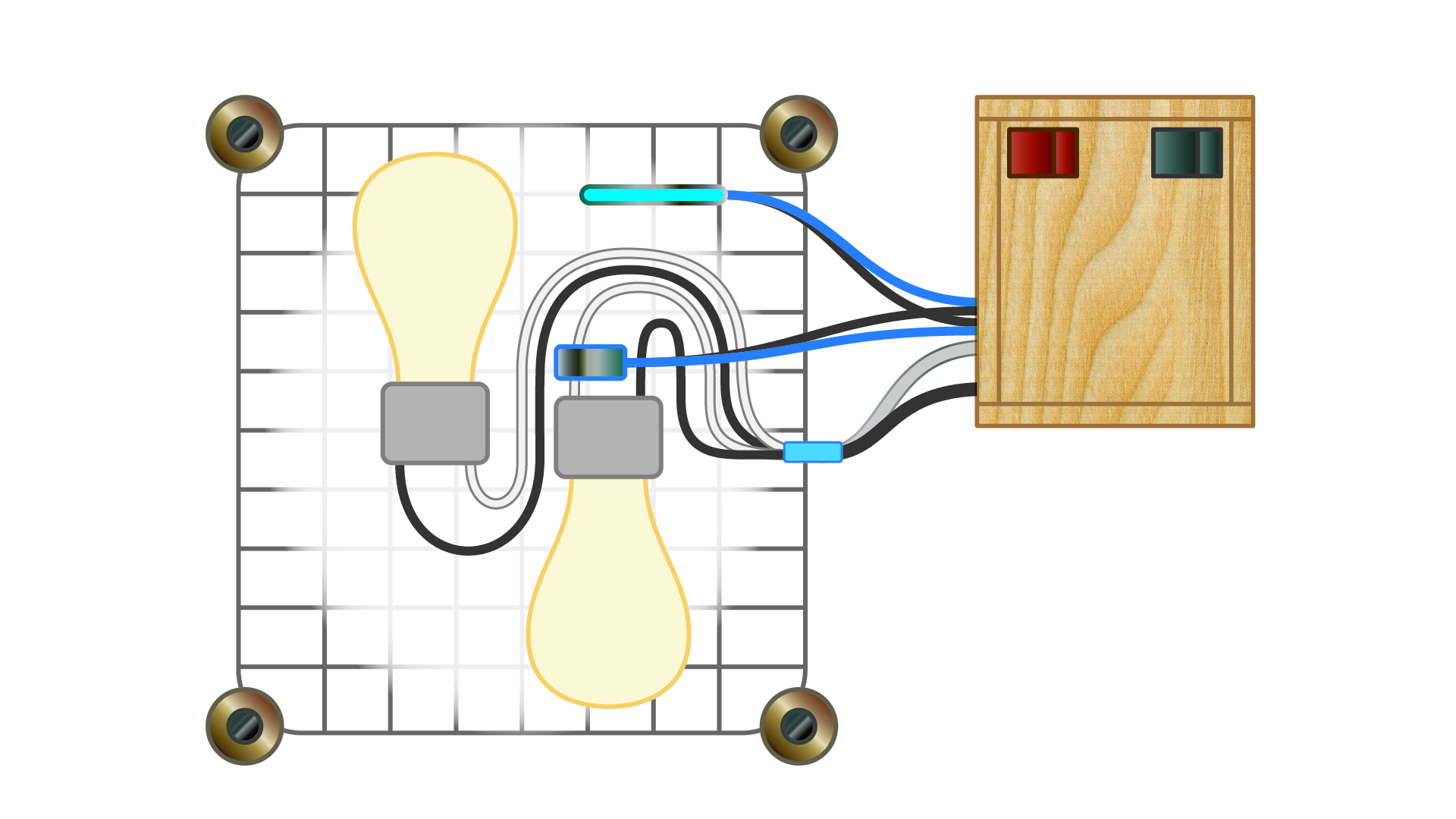 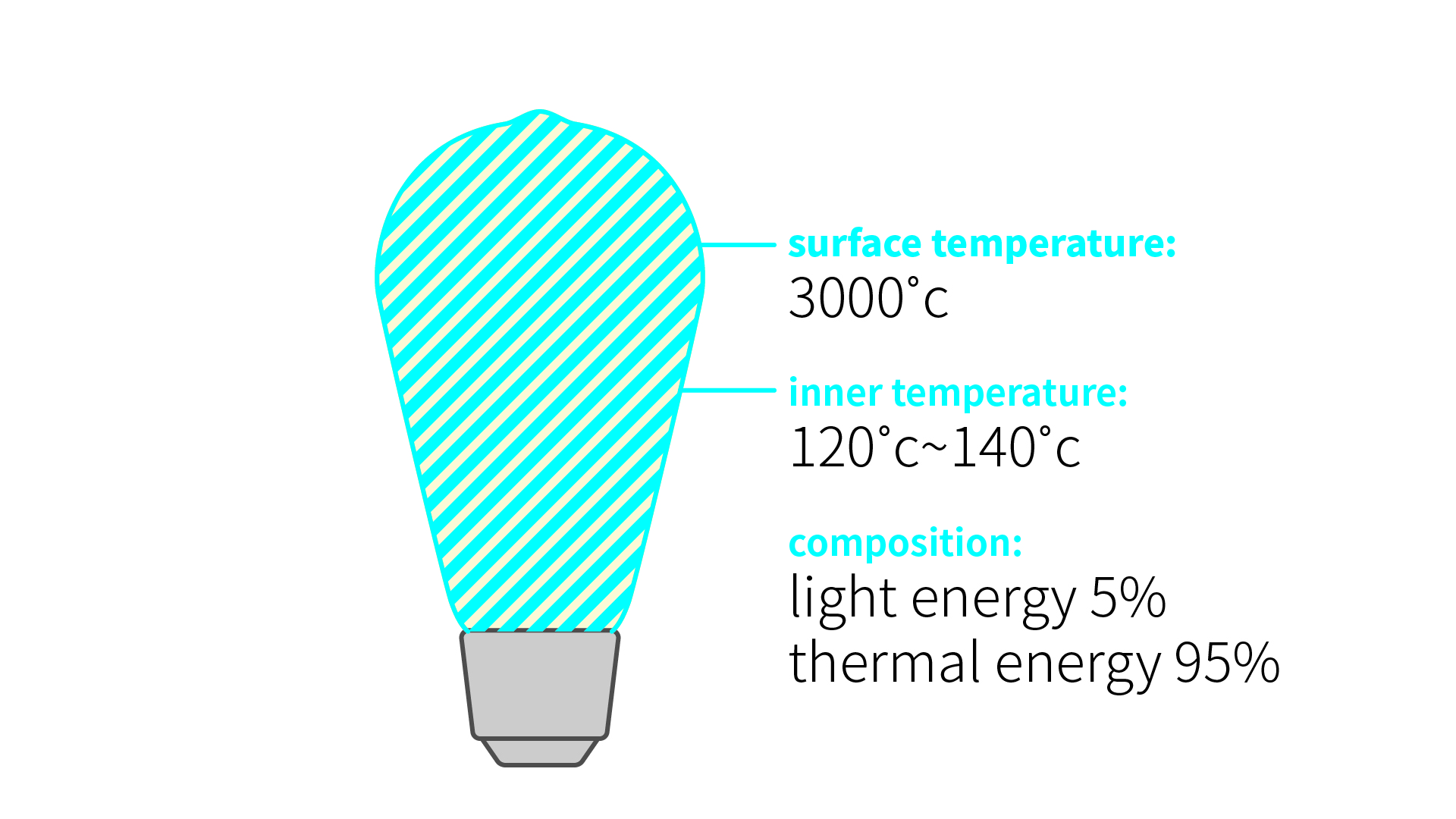 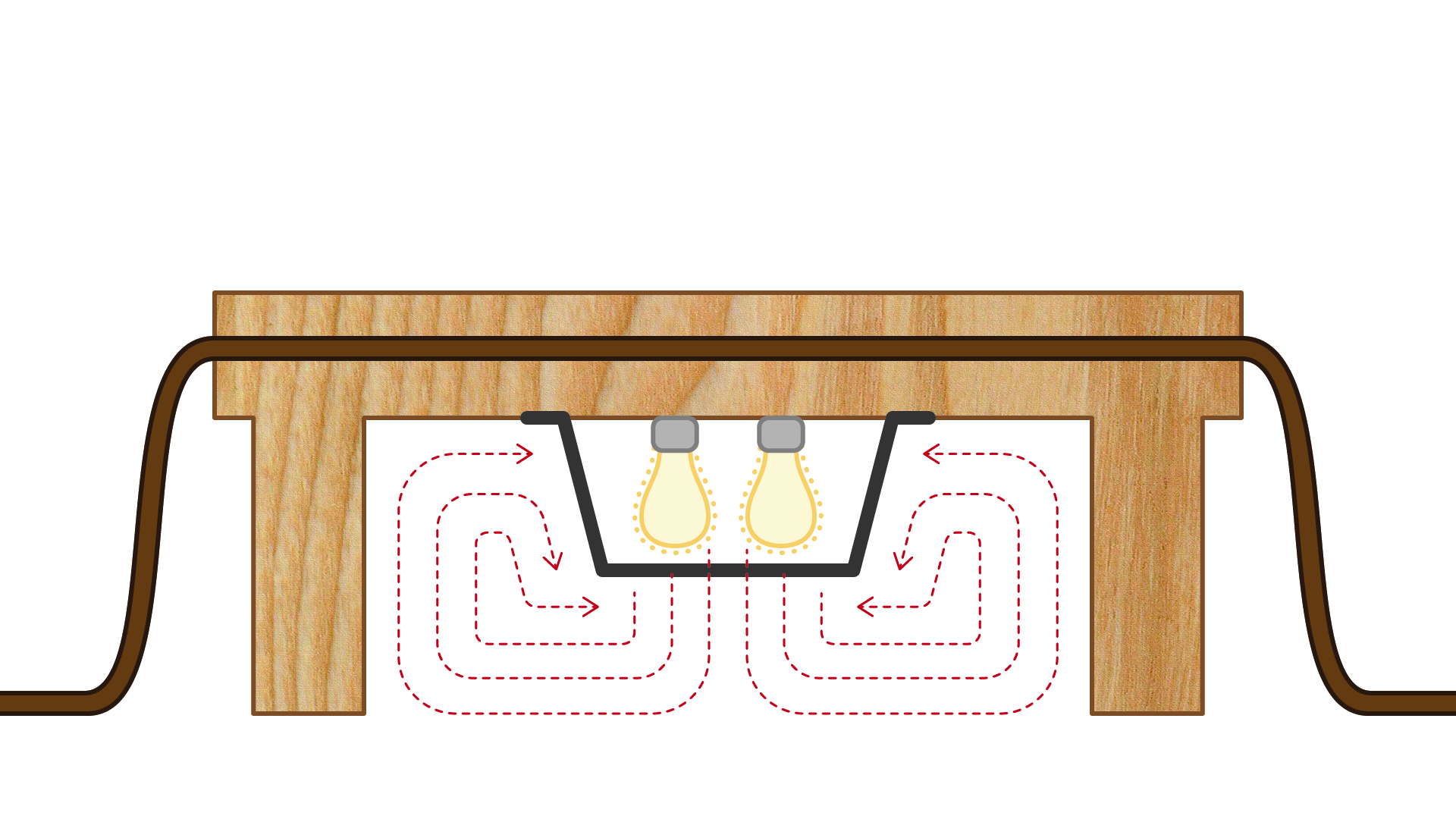 Download
It is the main board and controls all of it. 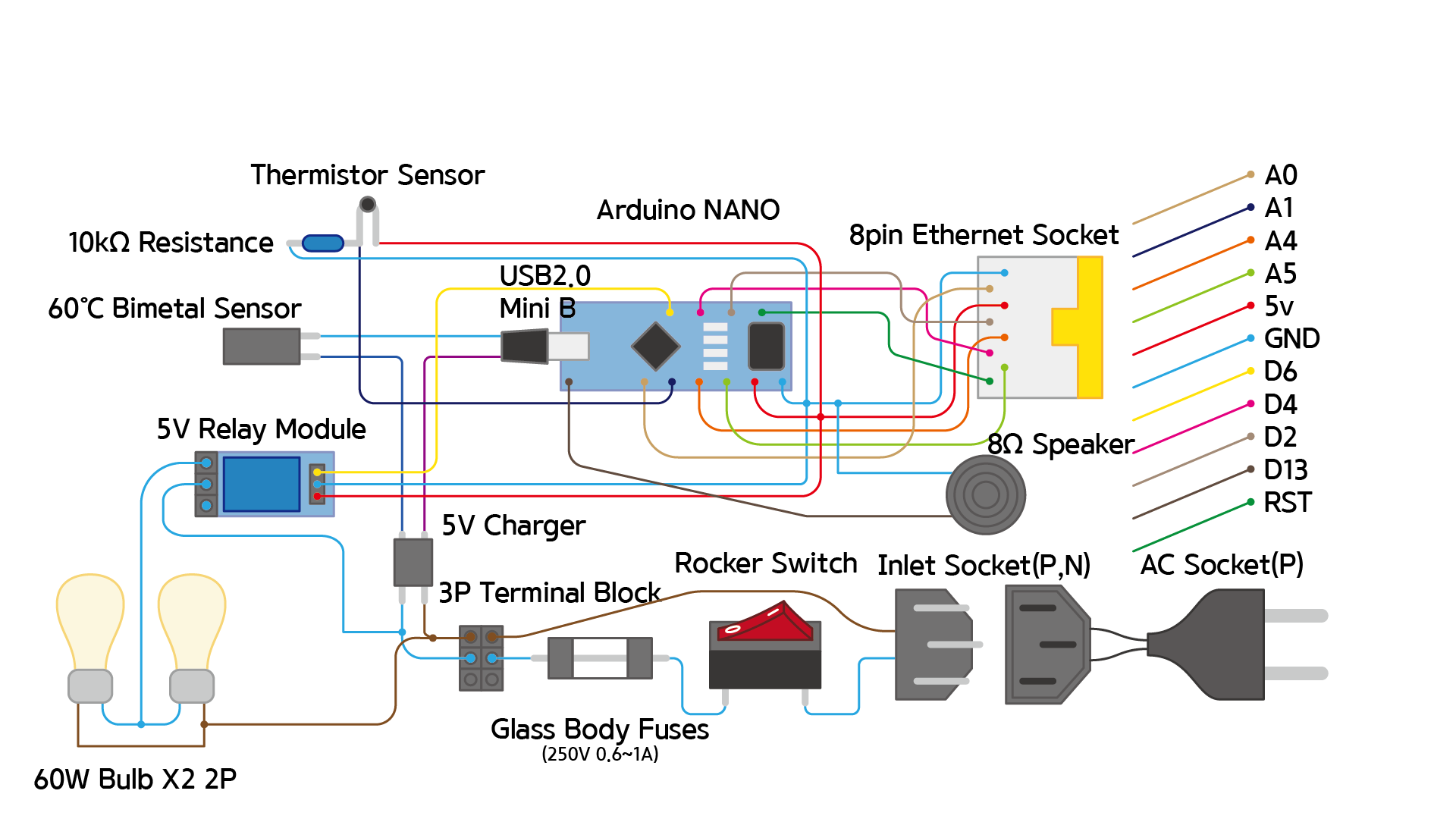 Download
This is the remote control needed to activate the Kotatsu. 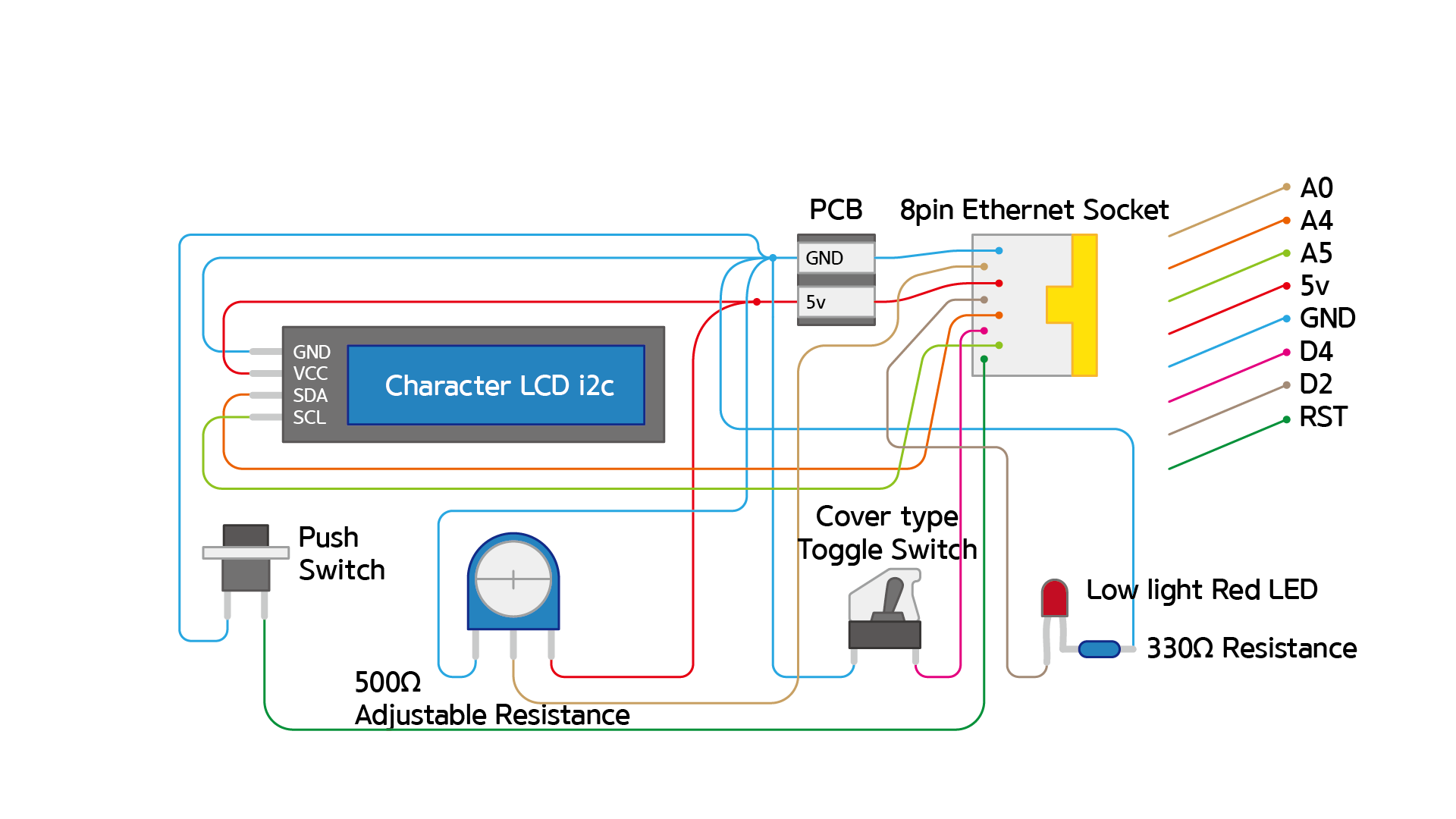 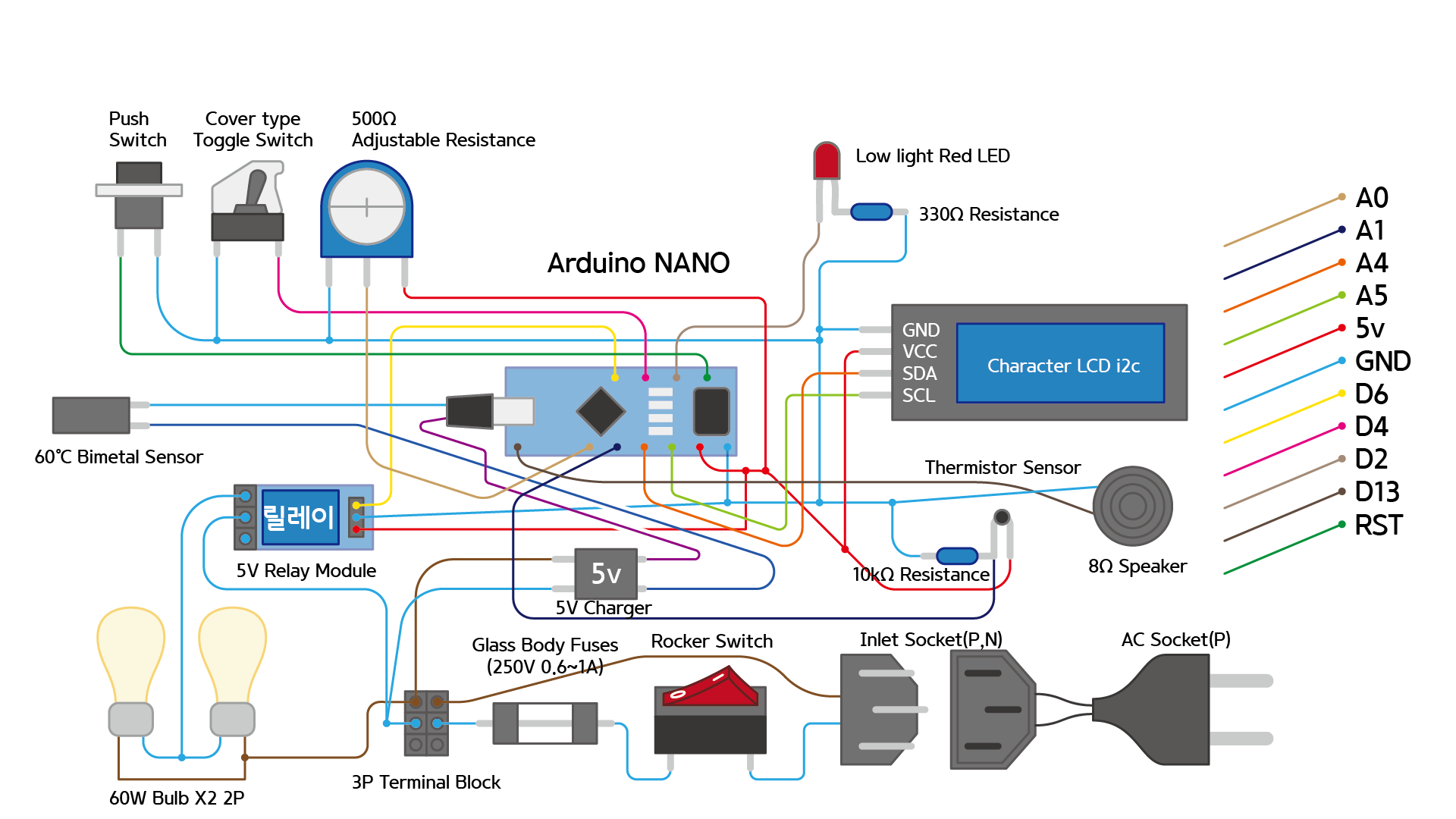 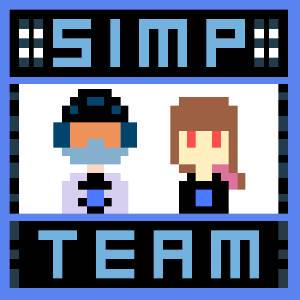 Automatically turn on the humidifier when the environment humidity is below 50%.

Checking out time and room's temperature by one hand shake.

A little box powered by an Arduino Uno, an Adafruit MP3 Music Maker Shield and an NFC breakout board to play MP3 with the command of a tag.

Project in progress by siliconchris