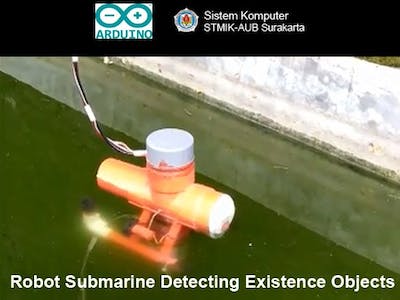 This project uses Arduino as the controller of robots, cameras, and motor drivers to control propeller motion. 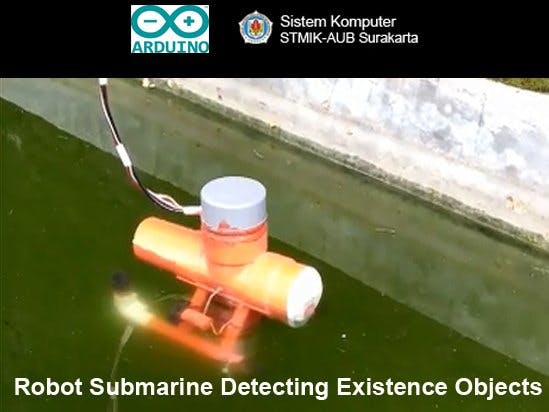 This project uses Arduino as the controller of robots, cameras, and motor drivers to control propeller motion.

The current technological developments so rapidly, as well as the development of electronics technology. Robotics is a proof of human civilization that progresses from time to time. The shape of the robot is not just a form that resembles a human or a certain animal, but moves to resemble the form it imitates. The development of computer technology associated with other devices. The problem of this research is the difficulty of checking leakage of gas or water pipes in the pond. The main purpose of the research is to design and build a complete submarine robot with an endoscope camera that can replace human power for.

How this robot works is a robot moving forward, backward, turn right, turn left, move up and down (dive) and equipped with a camera to detect the existence of an object. This robot combines hardware and software, using Arduino Uno as the controller of robots, cameras, and motor drivers as control of propeller motion. The submarine is equipped with an endoscope camera as a leak detector of gas or water pipes inside the pool, especially the detection of objects. The result of the research is a robot can dive in the water base to detect the presence of objects. From this then the authors make a robot submarine detection of the existence of objects that can replace human power to check the leakage of gas or water pipes in the pool. expected robots can be smarter than the previous one. 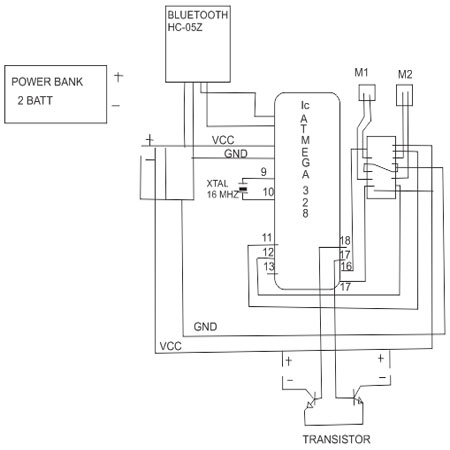 Arduino Nano based object avoidance robot which uses 3 HC-SR04 sensors in order to detect potential obstacles and correct its trajectory.