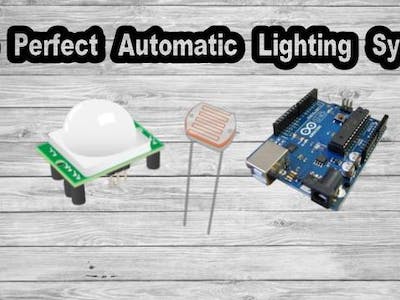 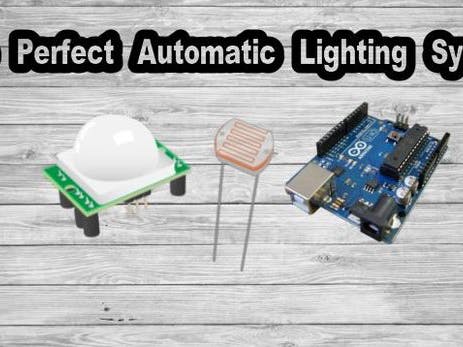 The main purpose of this project is to prevent loss of current unnecessarily during day time and make the system more efficient then before.

1. Arduino Uno ( any other arduino board will be just fine as long as it provides an Analogical pin ).

Step 2: Specifications of the Main Components

The PIR sensor stands for Passive Infrared sensor. It is a low cost sensor which can detect the presence of Human beings or animals. There are two important materials present in the sensor one is the pyroelectric crystal which can detect the heat signatures from a living organism (humans/animals) and the other is a Fresnel lenses which can widen the range of the sensor. Also the PIR sensor modules provide us some options to adjust the working of the sensor as shown in above image.

To make the circuit assembly more easy I will explained in Two parts :

The schematic is quite simple you should just follow the instructions bellow :

1.Connect one of the LDR leg to the VCC (5v of the Arduino).

2.Connect the other LDR leg to the A4 pin Of Arduino and also to the resistor

3.Connect the (empty) resistor to the GND of the Arduino.

Note: You can see all the connections in the picture above.

The PIR sensor has three pins :

We have powered the PIR sensor using he 5V Rail of the Arduino. The output pin of the PIR Sensor is connected to the 8thdigital pin.Then, you have to wire the ''GND'' to the Arduino's ''GND''.

In this project, we use relay for controlling AC light because the Arduino cannot control high volt , but a relay can do this job, which is the sole design of it. so we are using relay as switch to control high power devices.

There are two ways to assembly the relay connection :

so you have to wire the relay's ''OUT'' to the 8th digital pin of the arduino uno. 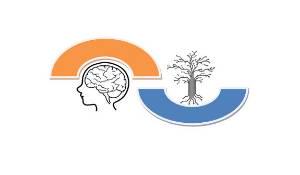