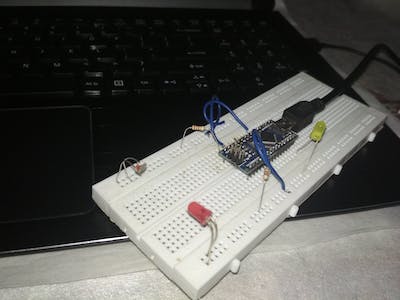 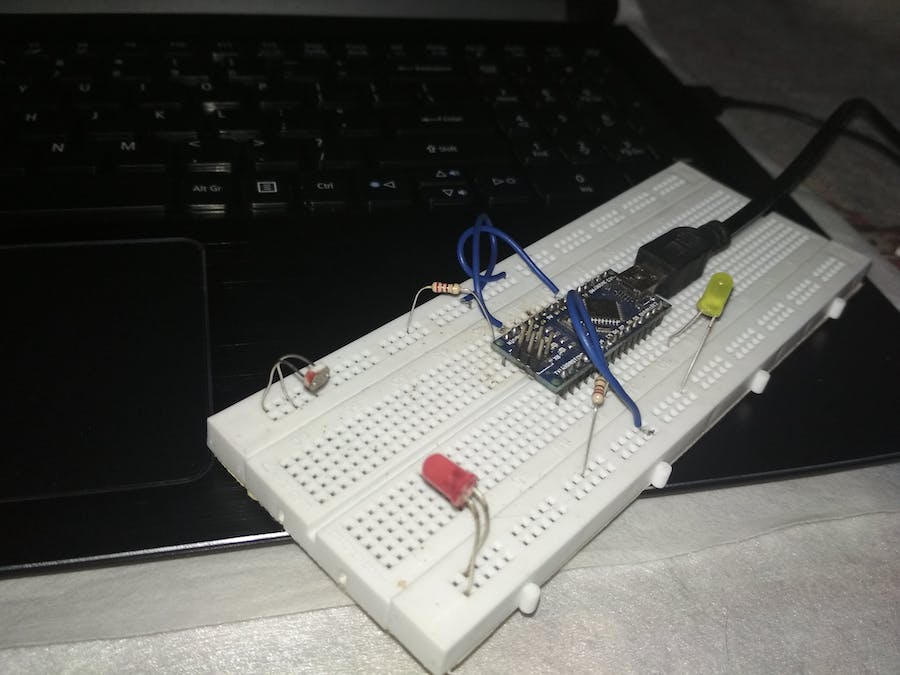 So my project is about a simple motion detector. This can be used in various project's like automatic light on/off, intruder detection etc. We make the circuit in such a way that the light from led will fall on LDR. So with the initial observation we make the coding. The theory used is that whenever the light falls on the LDR, resistance changes. So varying light create varying resistance. This property is being used here.

The LDR is connected to the analog pin of the Arduino in order to get the varying resistance (or voltage) value. So at first stage we measure the resistance without any obstacle between the LDR and LED and then with some object. This observation is noted and used while coding. Whenever the resistance fall or rise below a certain limit we can infer that there is some thing place in between the LDR and LED. So if something is placed in between LDR and LED a light will glow.

Use Bare Conductive Electric Paint, an Arduino, and the anduinoWiFi shield to make a system that sends a text when a leak is detected!