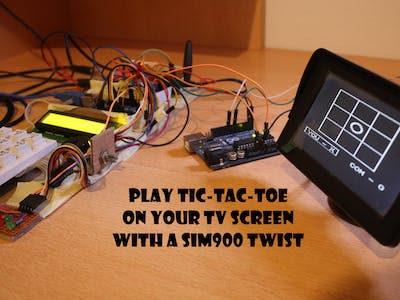 Like playing tic-tac-toe, just call your Arduino and play. 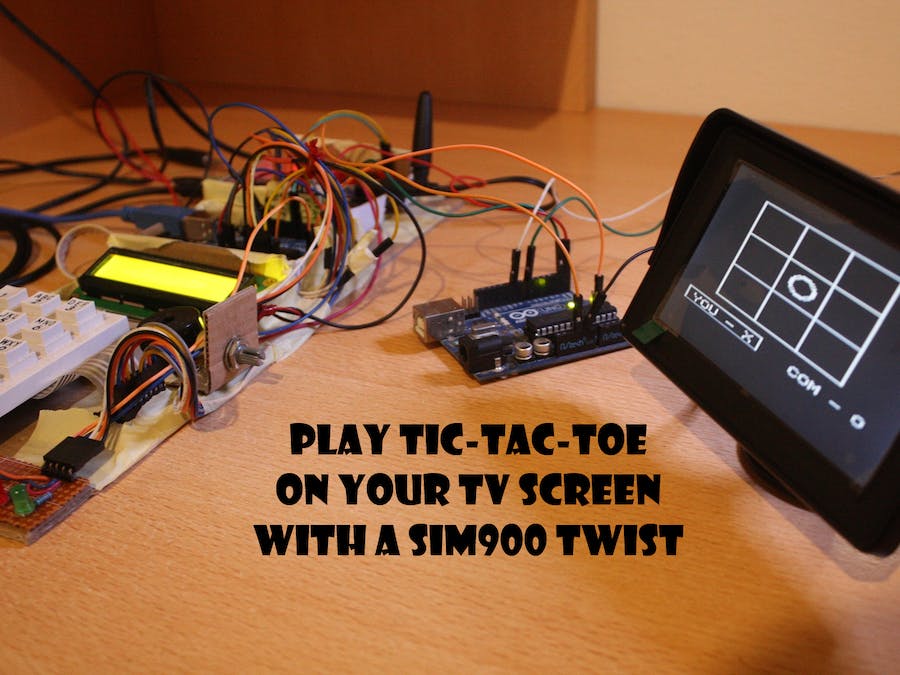 Like playing tic-tac-toe, just call your Arduino and play.

It’s been a while that I wanted to build a basic mobile device/phone with Arduino and SIM900.

I finally got the time to play with it, and after few sleepless nights I came up with this great setup and code.

I was able to detect an incoming call and play a ring tone using good old rtttl – which was a tricky thing on its own.

Get and make a call.

And the most cool feature, that was suggested by a good friend, is activating the DTMF detection.

Which in return allows me to detect when people punch in numbers on their keypad. In this example I show how I toggle state of 4 LED.

In the setup: Arduino Uno, SIM900 shield, I2C LCD, keypad, microphone, buzzer (with volume control) for the ring tone and a speaker for the audio This is how it looked after the first round:

I was so excited taking advantage of the DTMF technology that I had to do something really cool.

So one of the first thing that came to mind was playing a game using the touch pads of the phone you call from. So I dag out the Tic-Tac-Toe with TV-Out library set it up so it will get commands from the Serial. I changed into Mega to have few more serial ports and connected the Serial2 to the Serial of the uno with the game. I set the Mega to echo the message arriving from the DTMF detection, to the serial2. This way making the phone keypad to the game keypad.

As you can see in the clip it is cool, but not as responsive as I wish it was, so maybe games is not the thing to use it for so, maybe more like home control using also an MP3 player so the system can talk to you... 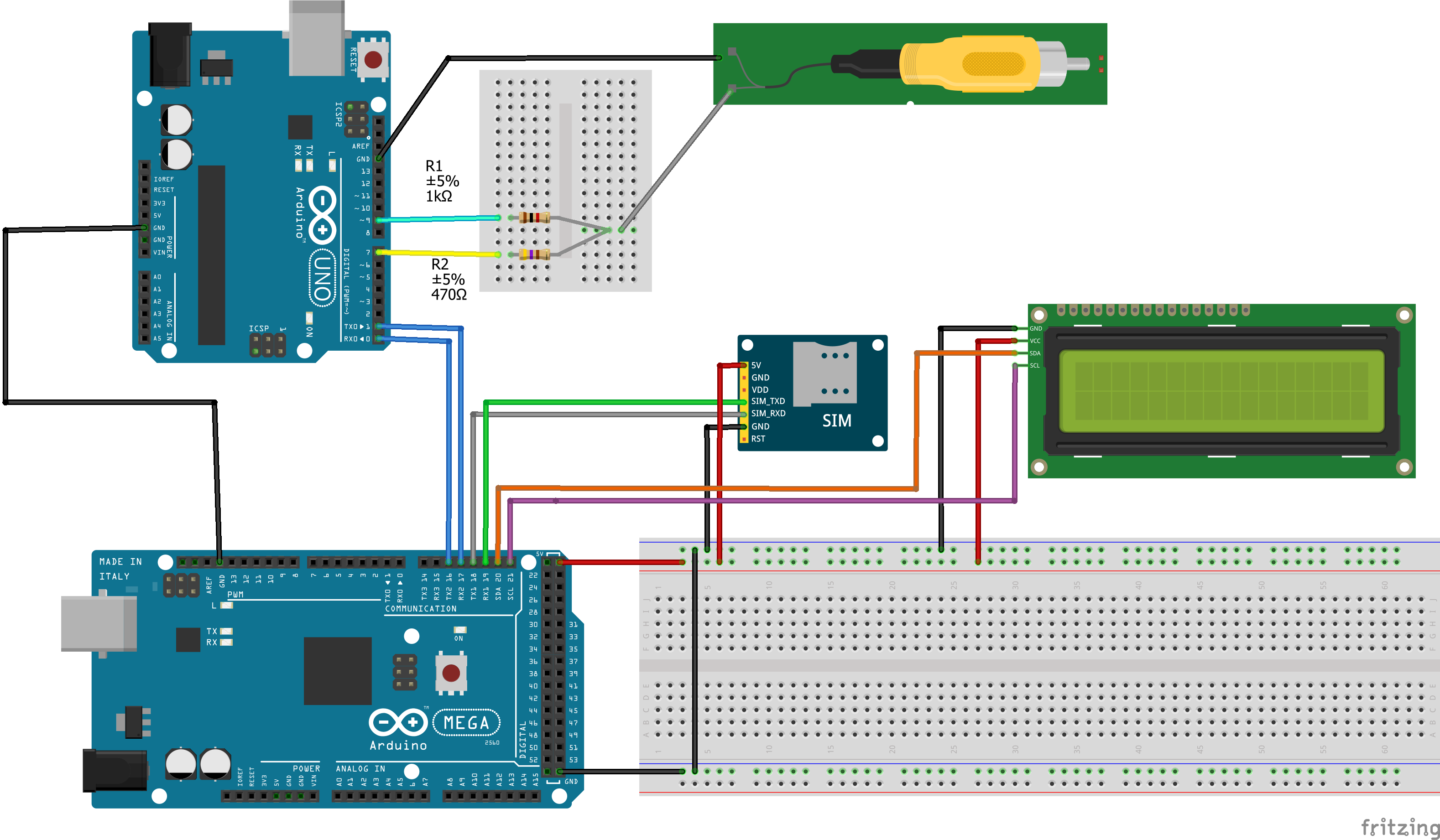 The project will allow you to remotely turn your digital TV antenna to maximize your TV channel reception and channel strength.