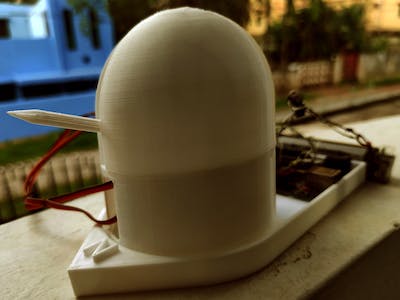 This device computes satellite positions and points to in real-time. 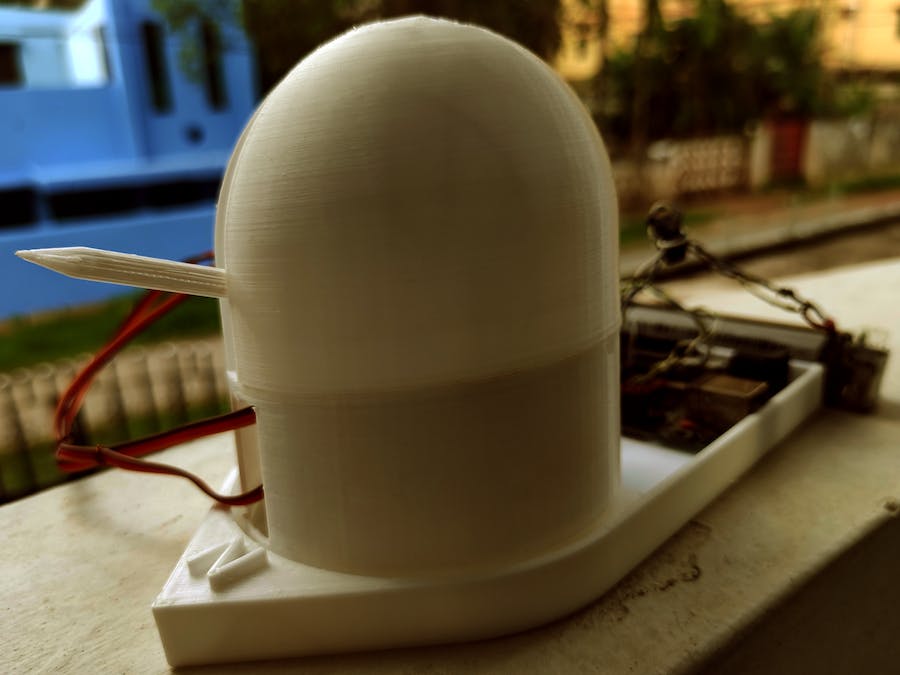 This device computes satellite positions and points to in real-time.

About a week ago, I posted this project on Youtube and Reddit. Many showed interest in the project, I also did not cover any technical information about it. So, here it goes.

Here I will discuss about the "science" behind the project and then explain how you can make one for yourself.

Before jumping right into the project instructions, let us first take a little walk through how this system works.

The idea came to me when I noticed that all the available satellite orbit tracking software(such as: Orbitron, Gpredict and etc) work offline, but they keep asking for TLE updates all the time. After installing these software, you would only have to give your location(Longitude, Latitude) and your current local time. Utilizing the TLEs, Location & current time, the algorithm somehow manages to tell you where a satellite is right now and when will it pass over your head.

So, What are these TLE files?

TLE stands for "Two-Line Elements". I will quote some lines from Wiki regarding the TLE.

A two-line element set (TLE) is a data format encoding a list of orbital elements of an Earth-orbiting object for a given point in time, the epoch. Using suitable prediction formula, the state (position and velocity) at any point in the past or future can be estimated to some accuracy.

So, basically these TLE files contain pretty much all you need to calculate a satellite's positional data.

A bit more regarding the history of TLE from wiki again -

In the early 1960s, Max Lane developed mathematical models for predicting the locations of satellites based on a minimal set of data elements. His first paper on the topic, published in 1965, introduced the Analytical Drag Theory, which concerned itself primarily with the effects of drag caused by a spherically-symmetric non-rotating atmosphere. Lane's models were widely used by the military and NASA starting in the late 1960s. The improved version became the standard model for NORAD in the early 1970s, which ultimately led to the creation of the TLE format.

Now, how does a TLE file look? Here is a demo

These look like random numbers, what do they even mean?

More Details about TLE can be found on NASA's website here.

Alright, now the numbers mean something! But, what? To understand that, we need a little geometry and conics. LEO satellites orbit are of elliptical shape. let's look at an ellipse:

We have seen an ellipse. Now, how do we apply the idea of the earth and a satellite with this? Well, here is how:

Owwwwkay, now I can relate those "random numbers" of the TLE files with something real. How does the calculation really work?

Great, we have found a pattern and now there should be some kind of mechanics that we can use to calculate satellite positions, right?

Well, yes! But, I will not go into that because that is quite a huge subject to cover and I am just not qualified enough for it. I do not even claim to understand it entirely. But here is how I did it -

After doing internet research until now, I found out that all the computation is done using a mathematical model called "SGP4" and it has a FORTRAM implementation called "PLAN-13 Satellite Position Calculation Program".

Now, at this point, I had to replicate this application into Arduino, but hopefully, I did not have to reinvent the wheel because Mr. Thorsten Godau(DL9SEC) implemented it in C++ for Arduino. I found it in his Github.(Yes, I emailed him regarding permission for using his Git for this project, he humbly permitted me.)

Step 2: Knowing Where to Point?

Now, we have some ideas about how the Satellite Orbital System works. Now, we need to know how can we actually point to the satellites.

For that, we need to know only 2 things.

I will not go into explaining to them because this picture below will do it better than me.

Now, note that when the satellite is on the other side of the earth, the elevation will be negative.

We are only interested to track when it is above our horizon or when the elevation is a positive value.

Software: First of all, download everything from my GitHub: https://github.com/TNeutron/ArduinoP13/

Hardware: For this project, we will need the following things:

The Fusion360 CAD design can be found at this Github: https://github.com/TNeutron/ArduinoP13

The STL files for 3D printing can be found in Thingiverse as well: https://www.thingiverse.com/thing:4361946

You need to be careful with only 1 part here. The extended walls within the marked region below were added because I was having printing issues. So, be careful while removing the support materials from this region.

The Assembly process is quite straightforward, but we still have to do this carefully and maintain a few things strictly as proper directions are extremely important.

Start the assembly by first built the simple Circuit given above.

Upload the following code to your Arduino:

Now, after uploading the code, place the base of the over the frame and put the servo exactly like the image below. (Use glue or tape to stick the motors with their slots. I used regular tape for this.)

The window-like hole should be facing exactly the opposite to the north.

Now place the motor next motor on the top and make sure it faces exactly to the north at 0 degrees.

If you followed this far properly, congratulations! The hardest portion is over.

Now, just adjust the top half circles to that the pointer can move smoothly.

After reaching this far, all that remains is to upload the code into the Arduino. Before that, you must add the Arduino Plan13 Library by Thorsten Godau(DL9SEC).

His ArduinoP13 Library with all other 3D designs can be found here: https://github.com/TNeutron/ArduinoP13

Download everything and add the library to your IDE.Also download the Time library, if your do not already have it installed.

After adding the library, this is the code your need:

6) LEO metric to determine the ground track of a satellite: https://space.stackexchange.com/questions/2512/le...

Download
This is the entire circuit for this project.
fl888x3kafnfhib_large_jpg_sh4rGemC5J.webp

This is first version of my low cost 3d printed robot arm based on Ikea Tertial lamp.