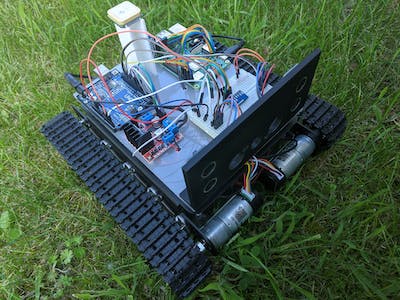 An outdoor rover that patrols your garden.

Project in progress by Tygo-bear 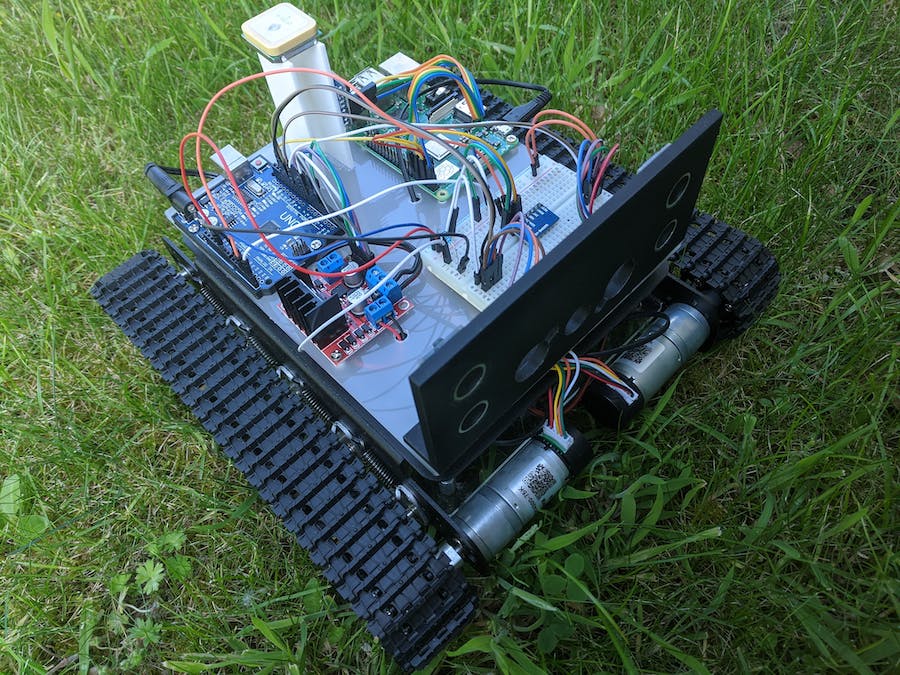 An outdoor rover that patrols your garden.

The Garden-Gnome-Robot is an outdoor rover. It makes use of waypoints for navigation. GPS, IMU, and a Kalman Filter for localization.

The Raspberry Pi is the brain of the robot. It calculates the path that the robot must follow and all other complex logic.

The Arduino UNO is the IO shield. It controls all high voltage components (motors). It read the analog sensors a passes all the data over I²C to the Raspberry Pi.

The IMU is based on the BNO055 chip and is used for the heading and relative location of the robot. It communicates over I²C to the Raspberry Pi.

The H-bridge controls the 2 motors. The Arduino passes the command of the Raspberry Pi to the H-bridge.

The 12-volt battery provides 4h of power to the robot at maximum load.

The GPS module provides an absolute location. GPS suffers a lot of multipathing. A good position fix requires a velocity. In other words, static objects get a bad position fix.

The robot is based on the TS100 chassis. A track chassis provides better traction on uneven terrain.

The software on The raspberry pi is written in Python.

The software on the Arduino in Arduino c.

Adjust the speed of your car!

What is a Survey Rover? A Survey Rover is survey tool for measuring point-to-point distance using a remotely operated rover.

A rover that runs on wheels using Arduino controlled remotely through our voice command alone! (With the use of BitVoicer.)