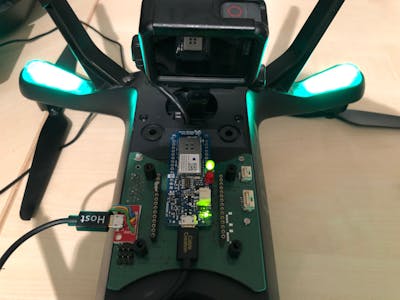 Ever wanted to use a newer GoPro camera on your 3DR Solo? Here is how you can connect and control the latest GoPro 5/6/7 camera models. 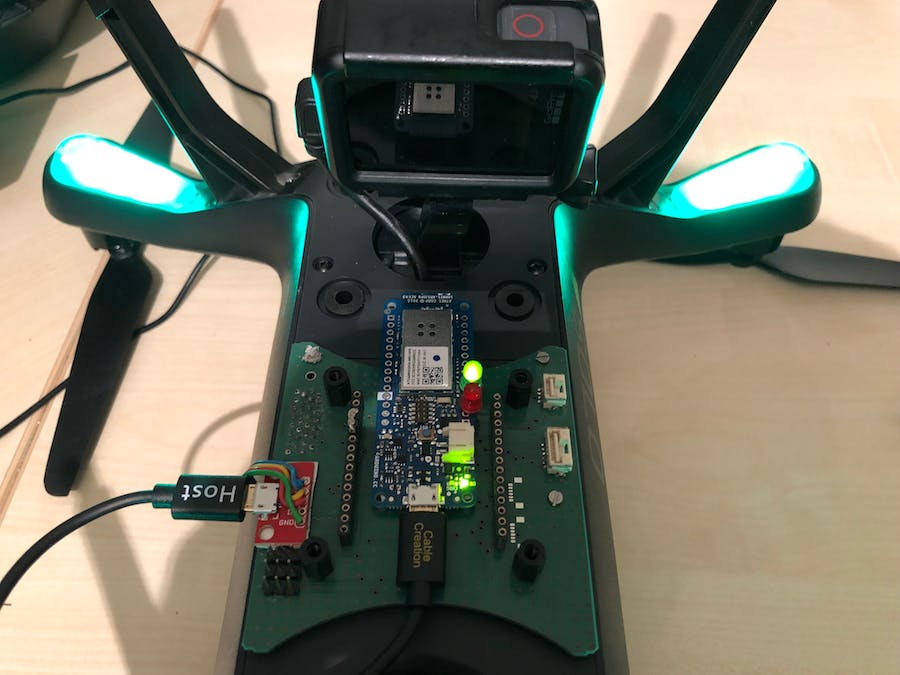 Ever wanted to use a newer GoPro camera on your 3DR Solo? Here is how you can connect and control the latest GoPro 5/6/7 camera models.

This hack describes everything you need to control the latest GoPro cameras including the new Hero 7 Black directly from the Solex app.

We are using the WiFi command hack of konradIT to control the GoPro via the un-official GoPro WiFi Interface. It provides a reference to all known commands and settings of the different generations of GoPro cameras and is the basis for this mod.

A word of caution before you proceed: All in the following described modifications require a great portion of care since we are modifying some of the core modules of the 3DR Solo software. It is strongly recommended to backup the gopromanager.py file on the IMX before making any changes.

GoPro and Solo are both broadcasting over 2.4 GHz wifi on separate channels. While I have not encountered any issues, it cannot be ruled out that interference could happen under certain circumstances. To eliminate possible interference with the GPS, use the 3DR V2 shield or even better the dedicated 3M EMI protection fabric to shield the GPS and Solo main board from the GoPro. Do NOT USE the stock copper shield or any cardboard mods. The 3M fabric can be purchased at e.g. mRobotics.

Compatible with GoPro Hero 5 Black and Hero 5 Session, Hero 6 Black and Hero 7 Black. All feature settings in Solex are supported. The software supports in addition the major cool features of the Hero 5, 6, and 7 models, such as video stabilization, linear mode, 4K60FPS, Timewarp, Superphoto, and so on. Note that such features are not (yet) accessible through Solex since some extensions to the current camera menus are needed.

Note you must use the Solex app. The original 3DR App does not work with this mod.

The software-based video stabilization of the GoPro Hero 7 Black is awesome. While it doesn't substitute for a 3 axis gimbal, the smoothness around the tilt and yaw axis is incredible - see the example video below. So you can use the Hero 7 even with a hard mount and still get decent footage and pictures.

It is possible to mod the original 3DR Solo Gimbal to fit the newer Hero 6/6/7 cameras. The github repository links to a video which explains how to do this mod. Be aware however that modding the gimbal makes it unusable for the original Hero 4 or 3+. So only do that if you have a spare gimbal available.

How to Install - Hardware Setup

We are using an Arduino MKR1000, the cheapest model with a built-in WiFi module.

To provide a visual status of the GoPro connection, we use two LEDs, connected to the A1 and A3 pins of the Arduino. Therefore solder a red LED to A1, and a green LED to the A3 pin. Make sure you use a 50-100 ohms resistor to avoid overload and subsequent damage of the LED and board.

The Arduino MKR1000 board then can be mounted with double-sided adhesive tape on top of the breakout board as shown on the image below.

The LEDs indicate the following states:

Download the Arduino sketch from my Git (see Attachments section) and upload it into the Arduino IDE. You need the IDE version 1.8.8 or higher installed. Configure the Arduino MKR1000 board and add the following libraries:

with the Arduino library manager tool.

Then add the Gopro SSID and password for up to three of your GoPros to the arduino_secrets.h file. Then upload the sketch.

We are using Firmata for the communication between the IMX / Python world and the Arduino. Therefore we need to install the Python implementation of Firmata, "Pymata" on the IMX. To install, take the following steps:

This is the result you should get:

For further details, there is a perfect description available by Daniel Nugent here on Hackster on how to setup and install Pymata on Solo.

Unfortunately, Solo is using Python 2.7 which limits us to the old Pymata 2 library and we cannot use the new Pymata-aio features which require Python 3.5+.

It is important that you go ahead with a version no later than 2.1 of Pymata. The newer versions require a different Python install method which is not supported by the Solo Python environment. You find version 2.1 in the Pymata Git referenced in the Things section.

All necessary changes for the Gopro integration are included in the gopromanager.py file. This file is located in the /usr/bin directory of the IMX.

Backup the gopromanager file before you copy the modified file from the git (see link to the git in the Appendix section) to the IMX into the /usr/bin directory so that you can revert back in case something goes wrong. Steps to take:

Note: by default, the new gopromanager tries to connect through the Arduino. If you want to switch back to standard functionality with a Hero 4 connected through the 3DR Gimbal, then set the constant:

in the gopromanager.py file. Any edits to Python files should be done through a supporting Editor, such as Notepad++.

Set Up Your GoPro

A current limitation is that Solo does not know the GoPro settings when we turn it on. Therefore, gopromanager assumes a default setting of your GoPro and you need to ensure that you have the following parameters at startup set in your GoPro5, 6 or 7 Black:

You may change those defaults of course in the gopromanager.py file as shown in the picture below. All other parameters will be used as set by default in your GoPro.

Don't forget to turn on your GoPro WiFi.

The newer GoPro models differ in several areas from the Hero 4. In order to get it working with the current Solex version, we set the GoPro model to a Hero 4, which causes that some settings are not accessible in the Solex menus:

The GoPro Hero Link for 3DR Solo in Action

The following video shows how it works and how the Hero 7 Black video stabilization performs compared to a fixed Hero 5 camera.

Learn how to use a Lidar sensor and an Arduino to build a configurable forward-facing obstacle detection solution for your 3DR Solo.