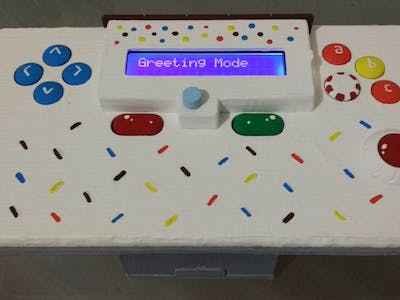 B·Day Bot is a robot designed to spread happiness on special days. This is his remote control.

Project in progress by Julio Vazquez 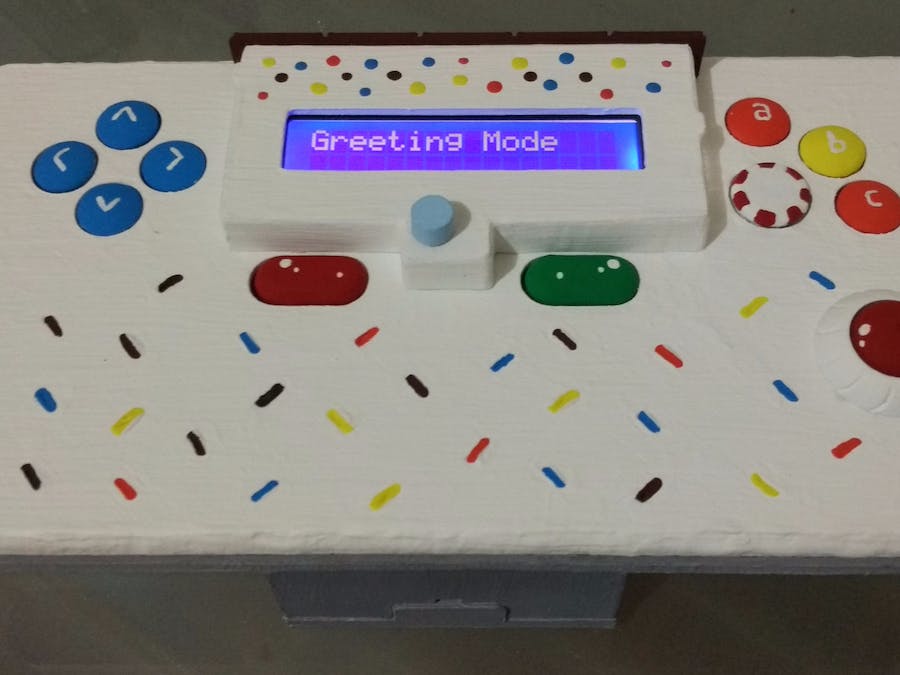 B·Day Bot is a robot designed to spread happiness on special days. This is his remote control.

A couple of months ago, I read a story about a tragic incident in which the police decided to use a remote controlled machine to use lethal force against a criminal. In the TV, several news anchors started blowing the story out of proportion, using words like "killer robot" and comparing the event with Terminator's judgement day.

Sadly, there are lots of people who started believing this, or saw this as proof that robots (and AI) are intrinsically "evil" and will harm mankind.

So, I thought that it would be a good idea to make a robot with the primary goal of making people happy. And that's how the concept of B-Day Bot was born.

I decided to start with the remote control for the robot. It's powered by ICStation's clone of an Arduino Pro Mini (5V) and it features a NRF24L01 module to implement wireless communication. A standard 16x2 LCD screen is used to display the menus and other relevant information about the robot.

From breadboard to prototype

I have had bad experiences trying to make my PCBs using chemicals, so this time I decided to rely on perfboards to make the circuit. I used superglue to get the shape that I wanted.

The next step was building a case for the controller. I used SolidWorks for the design and printed them in a Flashforge Creator Pro.

As you can see, I decided that the controller would also feature the "birthday cake" theme of the robot, so each piece was modelled, printed and hand-painted with this in mind.

In order to be able to program the Arduino pro mini, even after encasing the circuit, I made a small "access cover" in the left side. Anyways, in case of an emergency, it's possible to disassemble the case by loosening the 4 M3x12 screws that keep it together.

This is a simple to build, fun 4WD bluetooth controlled robot with a 2DOF gripper and lot's of room to grow!

BLYNK app based remote used to control a bot.