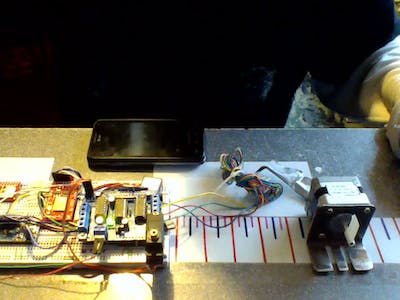 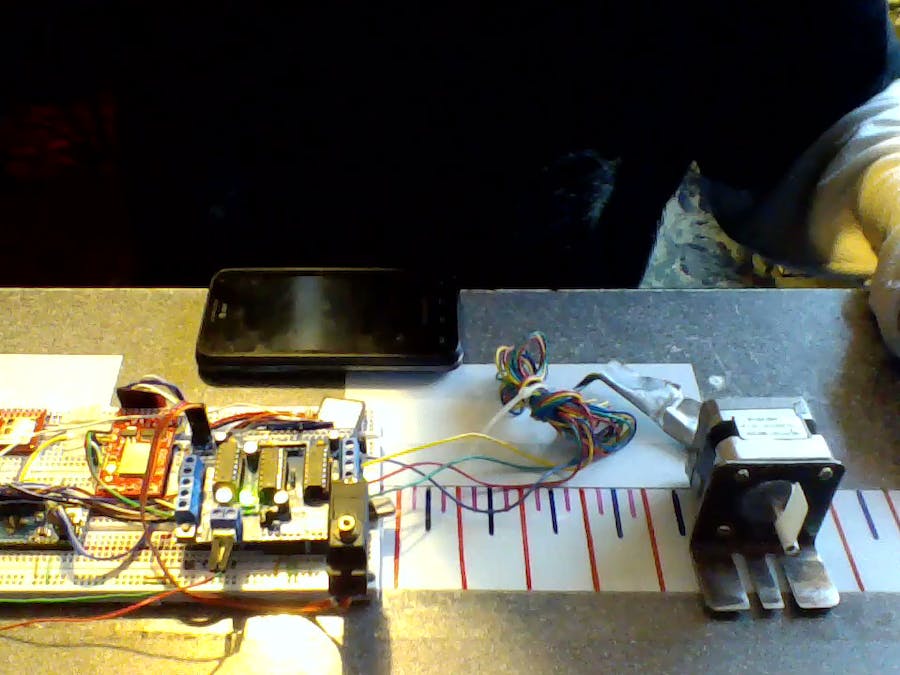 The Internet of Things (IOT).

is a new emerging technology these days, a self configurable and adaptive system consisting of networks of sensors and other object including intelligent objects whose purpose is to interconnect with all things, including everyday and industrial objects, in such a way that they become intelligent, programmable and more capable of interacting with humans.

All the applications that involve IOT, whether industrial, home, etc. Are controlled and monitored by certain parameters which are implemented and executed by the user or "other". Therefore, their implementation and execution differs with the sets of parameters, for the execution that is specified or desired by the user.

Android Application to control a Stepper Motor "knob" according to user button slider input. All objects are in the same network for simplicity.

The above images shown a above diagram of the system. It consist of 1 Stepper Motor of 200 steps 1.8° which is capable of rotate 200 steps per rotation this means that for each step it rotates approximately 1.8° (360/200).

This is then interfaced to the microcontroller and the stepper motor driver from adafruit v1.1, "you can use any other" the Arduino Micro.

Then we have IOT implementation taking place with the help of CC3000 which is then allowing us to upload the parameters which are displayed using mobile App which in this case is above is a hosting platform.

The mobile device sends information to the IOT "CC3000" which is interfaced with the Arduino Micro, the Motor Shield and the stepper motor, this information is obtained from the knob switch in the app, and is sent to the Arduino Micro by means of a UDP server that runs on the mobile app and with the help of the CC3000, this way the motor shield can drive the stepper motor. 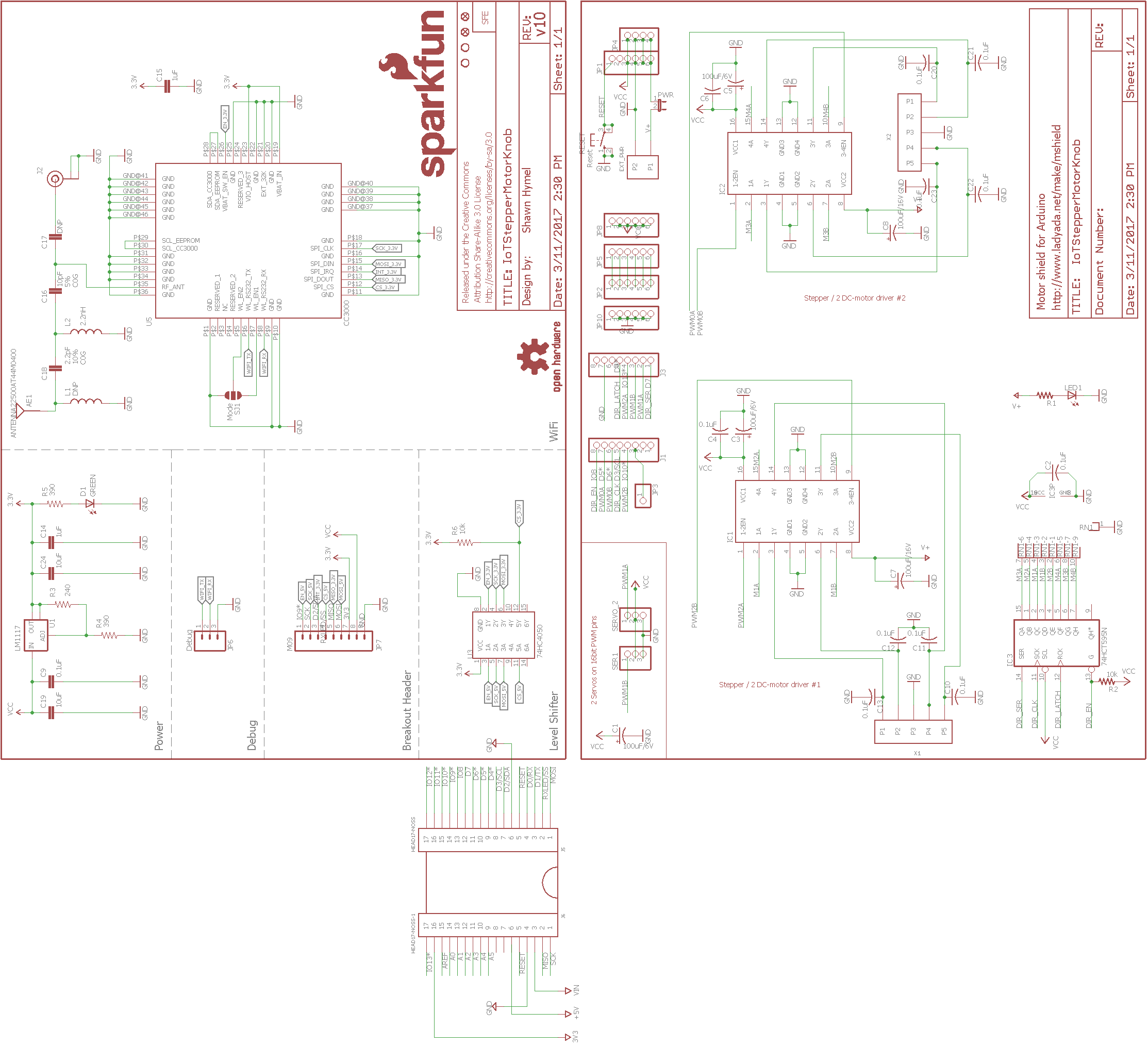 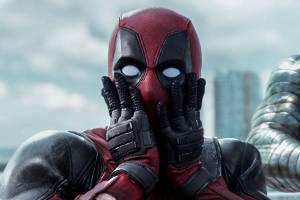 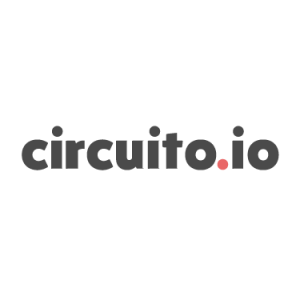 Project in progress by ashleyblack

Tracks circular objects of certain color and calculates the position of objects.