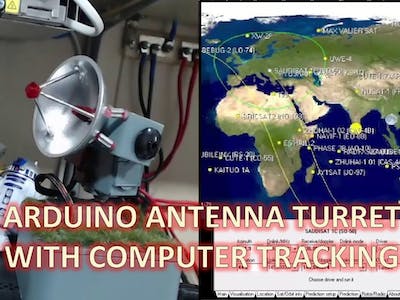 Lacking a real antenna, I made this toy, to sit on my desk and point in the direction of the ISS or other satellites that I'm receiving. 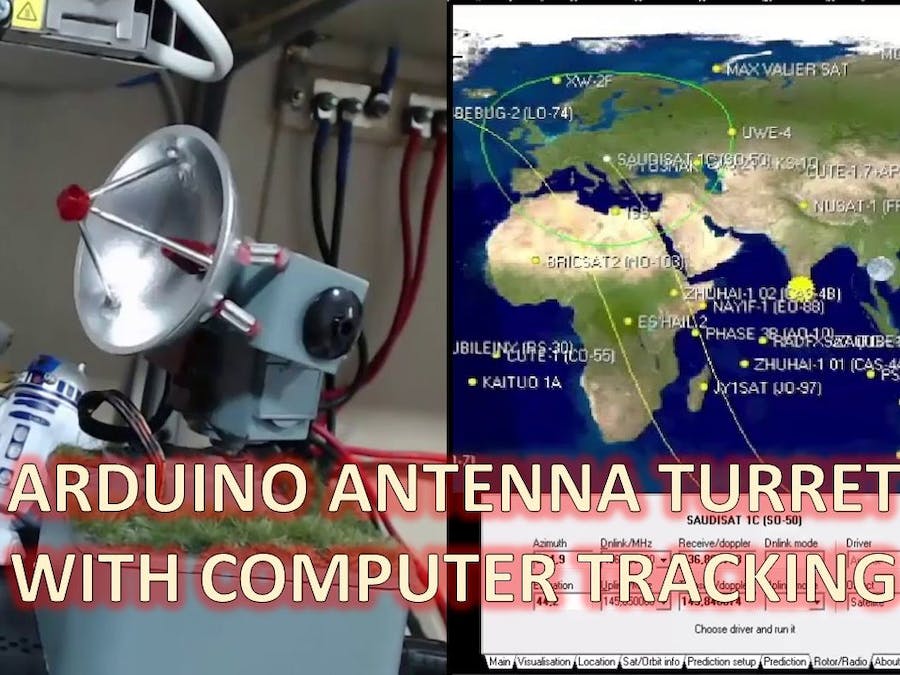 Lacking a real antenna, I made this toy, to sit on my desk and point in the direction of the ISS or other satellites that I'm receiving.

This antenna satellite tracking toy was inspired from a project I did last year.

Since I didn't have time to make a proper antenna and to install it on top of my house, I decided in the meantime, to make this toy, to sit on my desk and point in the direction of the ISS or other satellites that I'm receiving.

The project is very simple and consists only of an Arduino nano board and two servos. You can choose the smallest 180° servos you can get. I had two bigger ones in stock and I didn't want to buy others.

This is a toy and it is about fun, not about precision.

For the electric diagram I chose to use an external USB power supply to power the servos because the computer USB doesn't have enough current to do this. The diode separates the voltages from computer USB and external supply.

The code is simple. You receive the antenna direction on USB, you move the servos and you display the position. Initially I added an OLED display to show the position. Lately I decided not to use it, but the code is there.

The encoders only move 180° and in order to cover 360° horizontal, I had to make a trick, and in the second half of the circle the antenna turns on its back to continue tracking.

There are a lot of pan/tilt devices tutorials, but mine is different because it can be controlled by the computer. You can use Orbitron or other satellite tracking software compatible with EasyComm2 protocol. Most of them are free.

PST rotator can manually point to the antenna in the desired direction or also track satellites and control your radio.

You can use this project not only as a satellite dish, but for a laser turret, camera holder, rocket launcher and whatever you can think of. 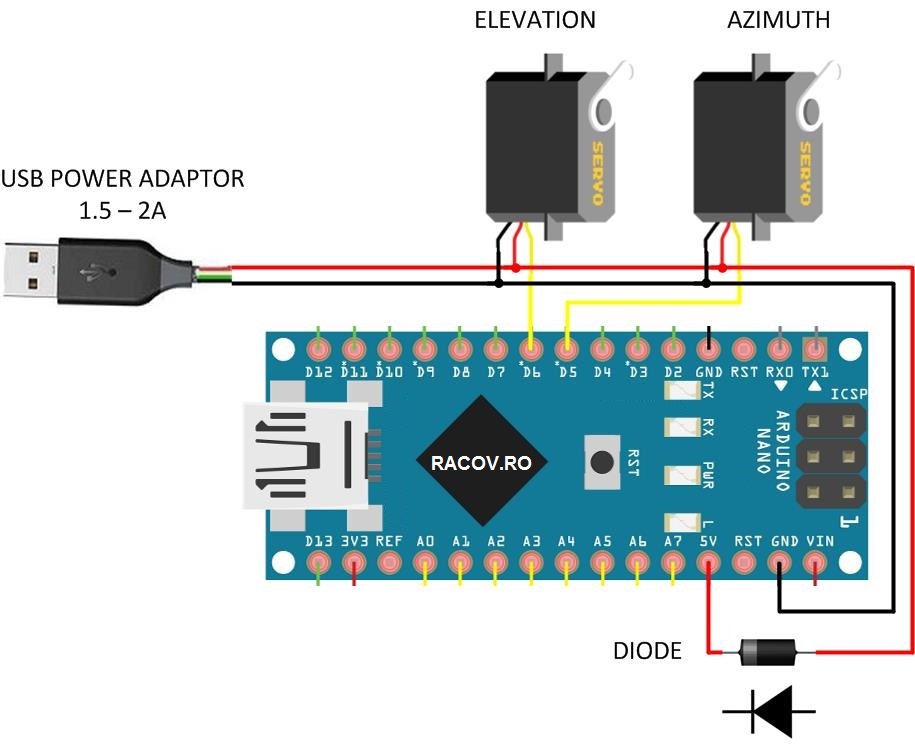 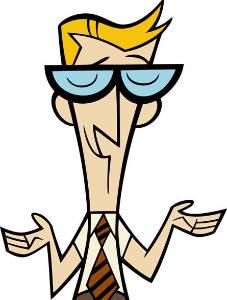 The Master Turret Control for controlling multiple Portal turrets per my other build.

A simple interface for a homemade (or commercial) antenna rotator. Manual command or USB via computer tracking software - EasyComm protocol

Today I will show you how to make eating robot with Arduino Nano. This project I made for my daughter. It's very easy with cheap materials.

When a Nerf gun doesn't have a scope, add a movable one with an Arduino and a servo!