Vorpal the Hexapod is an awesome 3D-printed Arduino project. It's ultra low-cost, Bluetooth-controlled via a gamepad, and can also be programmed using the MIT Scratch drag-and-drop programming language. It has a 3D-printed gamepad that can access 60 preprogrammed motions, and you can even program the buttons to perform your own custom actions using Scratch. The hexapod features an attachment system that allows you to design your own 3D-printed decorations and game attachments. A bunch of games are already developed including Joust and Capture the Flag.

One Minute Demo of Vorpal the Hexapod

Why We Built This

I taught an honors robotics class and coached competition robotics teams for ten years at the high school level. In my final year teaching I was the adviser in an independent study on walking robots, and the student and I worked on a very early prototype of a fully 3D-printed hexapod robot. Even that crude prototype evoked enthusiastic reactions from everyone who saw it, from adults to toddlers! I knew this project could inspire people to learn more about robotics, 3D-printing, and Arduino programming.

After a year of refining the project I commercialized it and launched it on Kickstarter. It was a huge success, funding at over 200% and selling over 250 robot kits. I set up an online store to supply the electronic parts and even the 3D parts for people who don't have 3D-printers.

But you don't have to buy the parts from me, I made the entire project open source, from the 3D models (STL posted on Thingiverse.com and source models posted publicly on OnShape.com) to the electronics diagrams (posted on my Vorpal Wiki), to the Arduino and Scratch source code (easily found on github). It's all there for your hacking pleasure! There have already been a number of extensions and mods posted by enthusiastic Vorpal fans.

This isn't a project you build, play with for 3 minutes, then stick in the bottom of your closet! It was designed from the start to be extensible and to enable tons of games and activities. The videos below show just a few of the activities we've documented on our wiki on the Hexapod Games and Activities page.

This is a simple introductory activity just to get kids used to the controls. The fidget spinner bracket is a standard part of the project 3D models.
This game uses the Joust attachment. Players try to unseat the opponent's rider.
Vorpal is fully programmable using Scratch, including the use of sensors.
Another basic activity: navigate obstacles using different walking modes

Open Source and Built to Be Extended

We are developing more activities all the time. But the beauty of the system is, you can design your own activities and attachments because it's all open source and 3D-printed. Brainstorm a new activity, design some custom attachments if needed, 3D print them, code up some custom extensions using Scratch. It's easy!

Many people have already created their own 3D-printed mods and attachments, including things like stilts, a "mohawk" hairdo attachment, and lots more. That's the power of open sourcing a project like this. Here are a few mods that have been posted

Link for steampunk Vorpal on Thingiverse is HERE.

Link to Mohawk Hairpiece is HERE.

Download
These are the Nano connections for the robot. Complete details are on the project wiki. 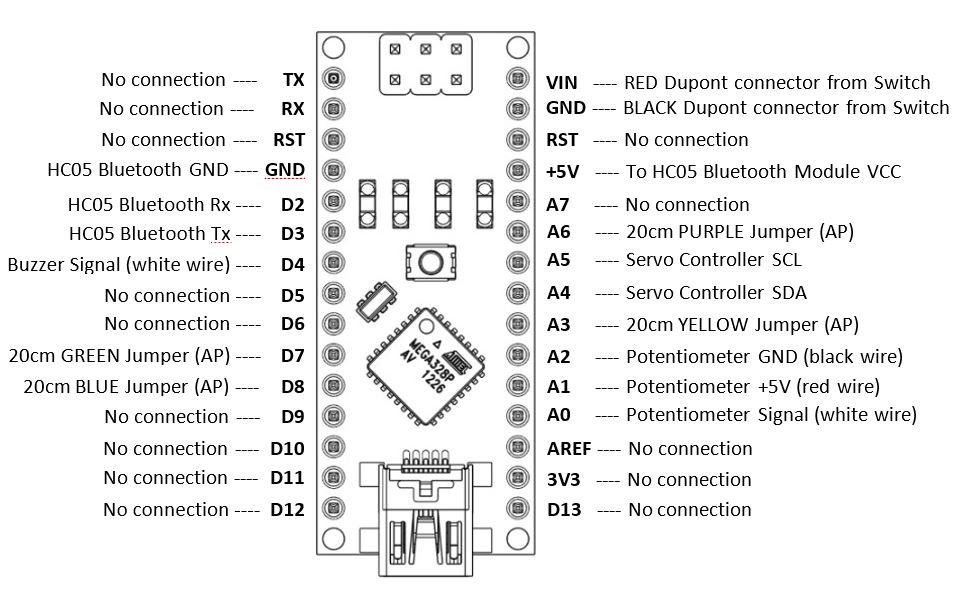 Download
These are the nano connections for the gamepad. Complete details are on our project wiki. 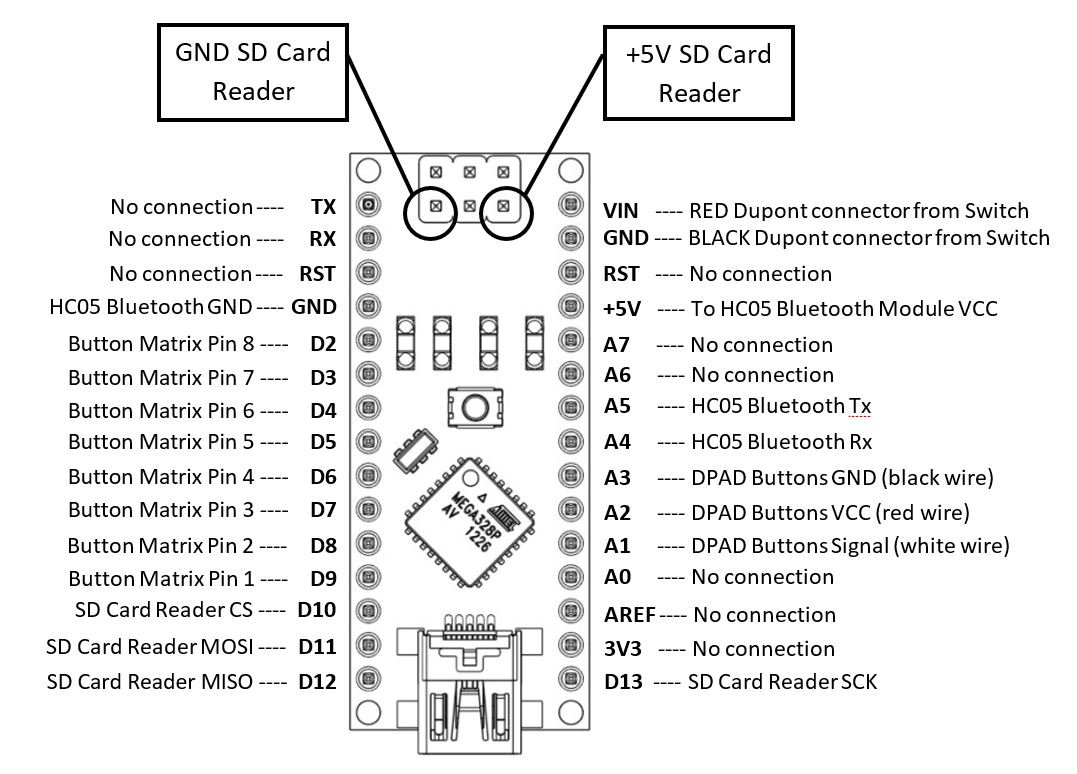