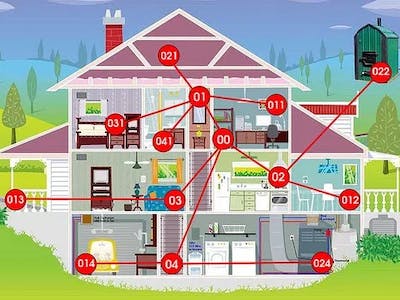 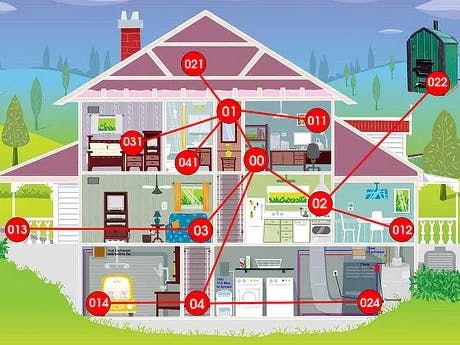 Single Device to Control Many Arduinos with NRF24L01+ Sensor © LGPL

Trying sensor network with NRF24L01+ as what maniacbug did. Though I could only afford to build network with 5 modules.

This build will only have one MCU, the Raspberry Pi, to connect to Cayenne. The great thing with NRF24 is that it reduces clutter in your dashboard while controlling a lot of stuff.

Raspberry Pi (this is connected to Cayenne) Arduino Nano (MCU for the devices we are controlling) NRF24L01 (RF module) Zero Crossing circuit SSR DHT11 PIR sensor Light switches (these are override switches, just in case you want to manually switch device) Wall Power supply (I cant find those with switches, so I added mine into it).

Proximity sensor will tell if you have visitors at your door. At night, this could turn on a light whenever it detects motion.

When it gets too hot, it turns on your fan (due to SSR limit, but change SSR then you can turn AC) when the temperature drops below lower limit, turn off fan.

Scheduling doesn't work with MQTT at the moment.

I want to make a new project tab where I can add the RPi Commands as you can see in the left, to shutdown, reboot RPi, or even code in it. Note: the two devices (DeviceX and RPi) are the same device. It seems there is a bug where project tab disappears.

The Acrylic box represents your wall. I made it transparent so I can take pictures on what is inside. It is for presentation only.

Each utility box, houses 1 Arduino Nano, 1 RF module, 2 SSR, AC to 5Vdc adapter. The two light switches control each LEDs on the side. The center, will be a dimmer circuit controlling a bulb in the middle. That CFL will not do. The right side are two power plugs, the switches are for manual switching (added a switch).

My dimmer prototype and Cayenne's Slider. Sorry for the broken screen. Dimmer connects to Arduino with NRF and to RPi. RPi connects to Cayenne.

You don't have to wait for the Cayenne's MQTT app. as you can access your dashboard through desktop mode. You can create your own app using your browser.

Are you xkid2023? Claim this project and add it to your profile.

This is a project I put together that is basically two sensor stations: a base and a remote station.

An Arduino based device to read multiple DS18B20 sensors and send the values through a RS232 connection to a domotica system.

FlowerDuino (Flower Power by Parrot hack) monitors and analyzes the four parameters essential to your plants health into Cayenne dashboard.

Have a Green Thumb with FlowerDuino

This is a device that simply listens for loud sounds, like barking, and looks for motion present and records the events.

Sometimes when I take a bath, the water stops. I checked, the water tank is empty and I have to call the water engineer to fix the water.

All About Water Systems: Ultrasonic/WaterFlow/Rain Sensor